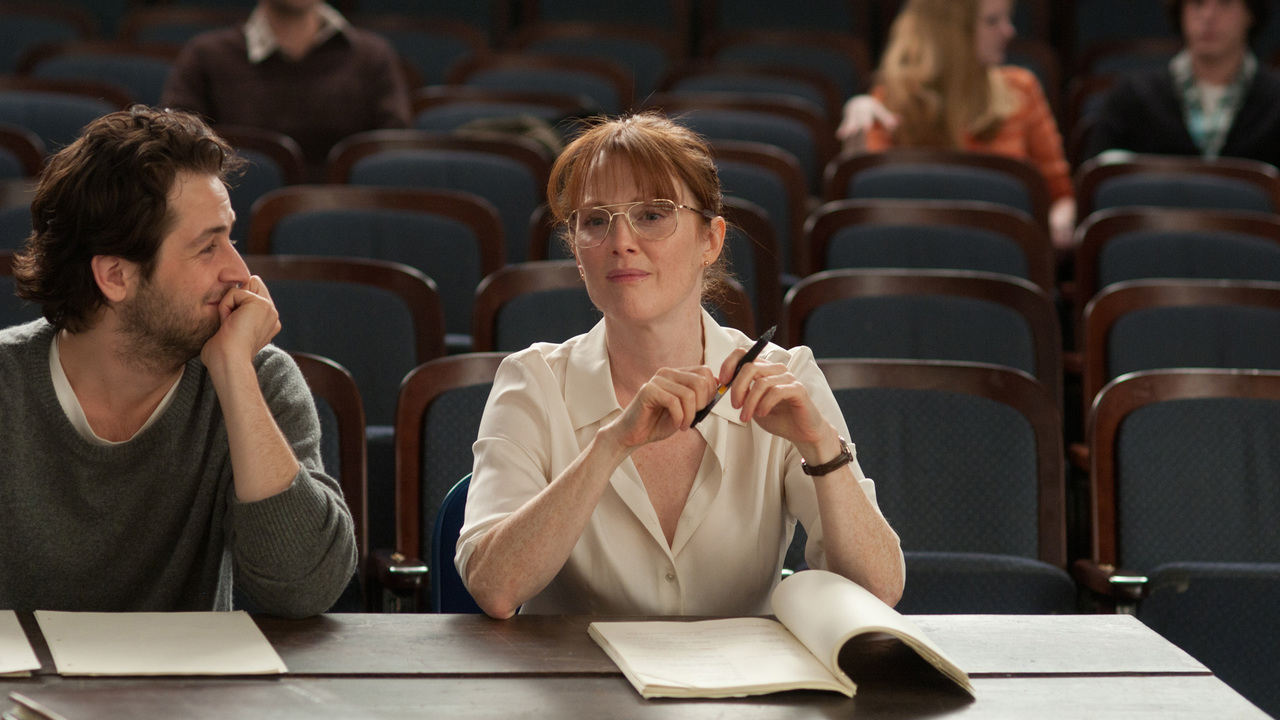 Drama, Comedy
Julianne Moore stars as small-town Pennsylvania schoolteacher Linda Sinclair, who balances her staid home life with an incredible passion for her subject. Then a former star pupil reenters her life after failing as a playwright in New York City. Seeing in his script the inspiration that she has always longed to instill in her students, this dyed-in-the-wool romantic enlists the help of long-suffering drama teacher Carl—played with scene-stealing gusto by Nathan Lane—to mount the work as the high school’s next and riskiest production. In so doing, they make promises and decisions that they can never take back.

Go-to television director Craig Zisk, whose credits include Scrubs, Alias, Weeds and United States of Tara, takes a turn on the big screen with this insightful comedy about self-discovery co-starring Greg Kinnear as the unsupportive father and up-and-comer Lily Collins as the high school drama club’s brightest star. Beginning with stylized narration and humorous flashbacks, The English Teacher develops an emotionally charged narrative about life’s misdirections and roadblocks, before Zisk gives a suitably literary nod the happy surprises that will, nevertheless, come your way.