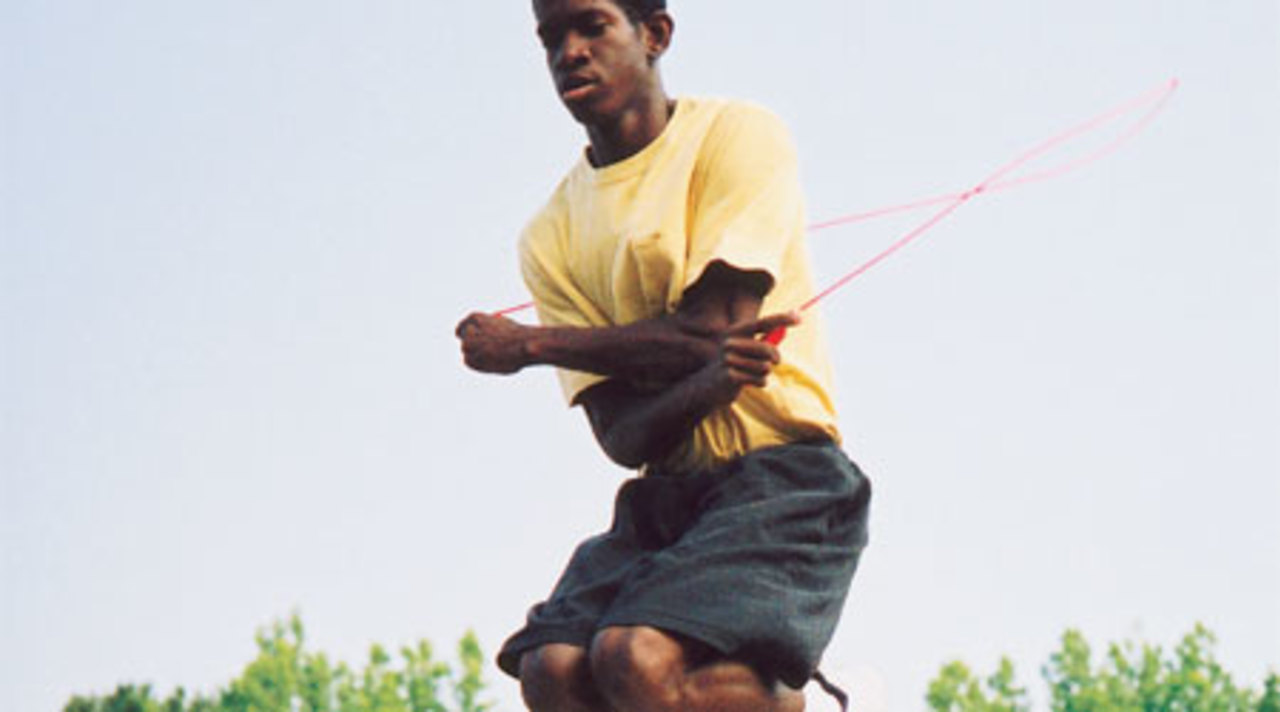 Take one part dance, a bit of gymnastics, a try at the high jump and a dash of breakdance, throw it all on an obstacle course and you get Double Dutch. The athletes dedicated to this challenging form of jump roping come in all ages and from disparate places. In fact, as director Stephanie Johnes shows in her invigorating, fun documentary, jump roping has become quite a competitive sport. She introduces two rival Double Dutch teams, The Bouncing Bulldogs of North Carolina and The Double Dutch Forces from South Carolina. Made up of grade school and teenage jumpers, these teams compete in different leagues, but now for the first time, they will face off on the stage of Harlem's Apollo Theater for the Holiday Classic competition and see if any of them can win the grand championship of Double Dutch. The Bulldogs represent the best of gymnastic freestlye jumping found mostly in white suburbia, while the Forces belong to the inner city African American tradition of Double Dutch. Doubletime traces the origins of these two styles of jumping with vintage video and interviews with the godfathers and founders of the league. Their background informs both teams' styles, and as Johnes gets to know most of the participants intimately, she lets the audience learn just how much this sport means to the individuals who are passionate about it. But most of all, Johnes finds some young people doing relatively miraculous things-in Double Dutch and in life. Doubletime will leave you smiling-that is, if you can get your jaw to stop dropping at the strength, style and perseverance of these incredible kids.

New York City native STEPHANIE JOHNES earned an M.A. in Journalism and Mass Communication from the University of North Carolina in 2004. Her short film Bouncing Bulldogs aired on PBS and played at the Full Frame Festival in 2005. She also directed "Clap Wit It," a Double Dutch-inspired R & B music video, which screened at South by Southwest in 2006. Doubletime is her first feature film.