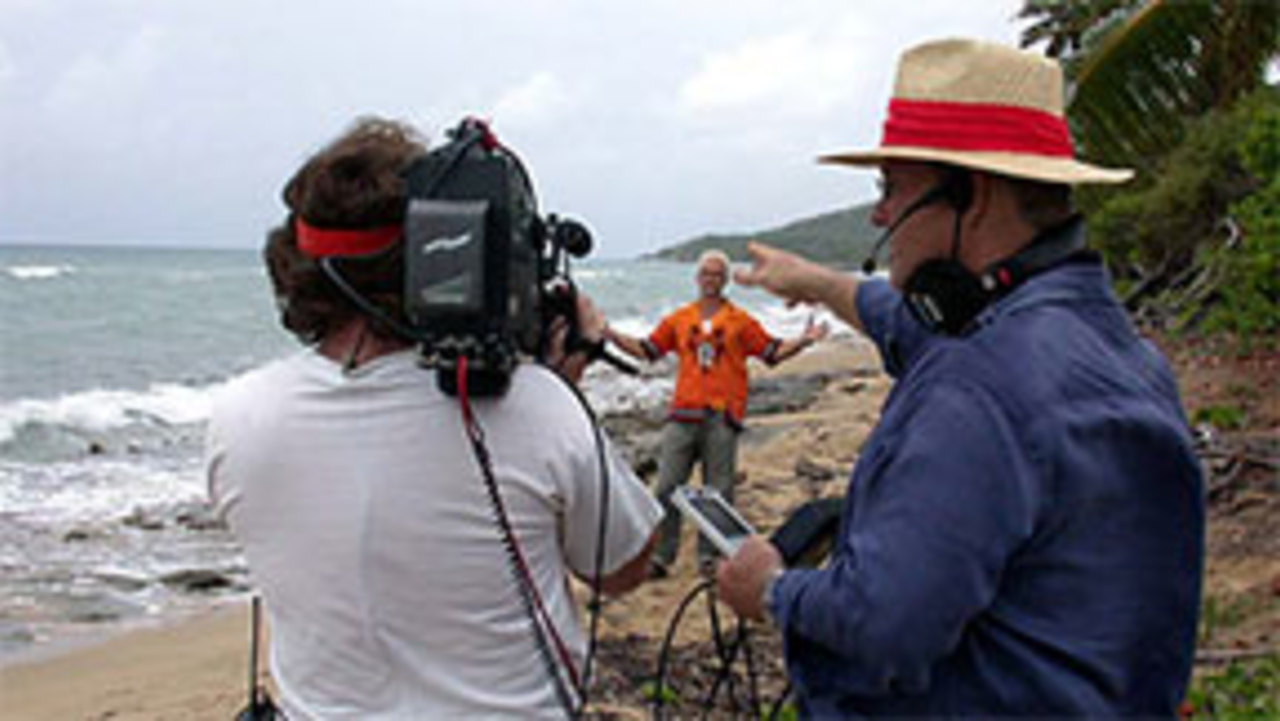 AMERICAN CANNIBAL: THE ROAD TO REALITY

In this morality tale for our times, two struggling, desperate-for-success TV writers partner with a porn promoter to create a shocking reality show involving cannibalism and a desert island. More than just gripping entertainment, this documentary raises provocative questions about how far people will go in pursuit of fame and fortune, and how low television will stoop in search of the industry's own holy trinity: viewers, ad dollars, and relevance. Struggling sitcom writers Dave Roberts and Gil S. Ripley are urged by their manager to focus on reality programming. After being spurned by one network after another, they start to pitch increasingly outrageous concepts, finally hooking up with Kevin "K.B." Blatt, the promoter behind the Paris Hilton sex tape. Blatt enthusiastically bankrolls the Darwinian American Cannibal, a show that originated as an absurd example of how far reality TV could be pushed. Contestants on this disturbing show are starved on a desert island for days and then scared with hints of cannibalism. The drama behind the actual documentary stems from its exploration of the two writers' moral evolution: While Roberts turns giddy at the prospect of a hit show, Ripley grows increasingly disillusioned. When one of the contestants becomes critically injured, Roberts beats himself up on camera, and both he and Ripley bail on the project. The inescapable irony is that Roberts and Ripley have inadvertently become stars of their own reality show. Directors Perry Grebin and Michael Nigro have crafted a potent, poignant real-life drama with penetrating insight into society's debasing obsession with fame at any price.

Perry Grebin has worked as a bnews and promotions for several Turner networks. In 1995, he became a CBS art director and producer, working on news, sports, and original programming. He then designed and produced material for other networks, including ABC, Nickelodeon, MTV, and VH1. Grebin's print media work includes corporate logo design and layouts for advertising campaigns, and his writing and photography have appeared in Interview, Spin, and Might. In 1998, Grebin and partner Michael Nigro founded Acme Pictures, through which they produce feature films, documentaries, and episodic television.

While teaching screenwriting at American University, Michael Nigro was a finalist in Scenario magazine's first Screenplay Competition and signed with a major talent agency. In 1996, he was chosen by the editors of William Morrow as one of the best short-story writers under 35 and was anthologized in Rob Weisbach's imprint Virgin Fiction. Buzz magazine declared Nigro one of TV's best writers, and he later wrote, produced, and directed television shows for ABC, MTV, VH1, and the BBC. He recently finished the second installment of the Daddy Can't Draw series and is writing a graphic novel created from found photographs in New York City.