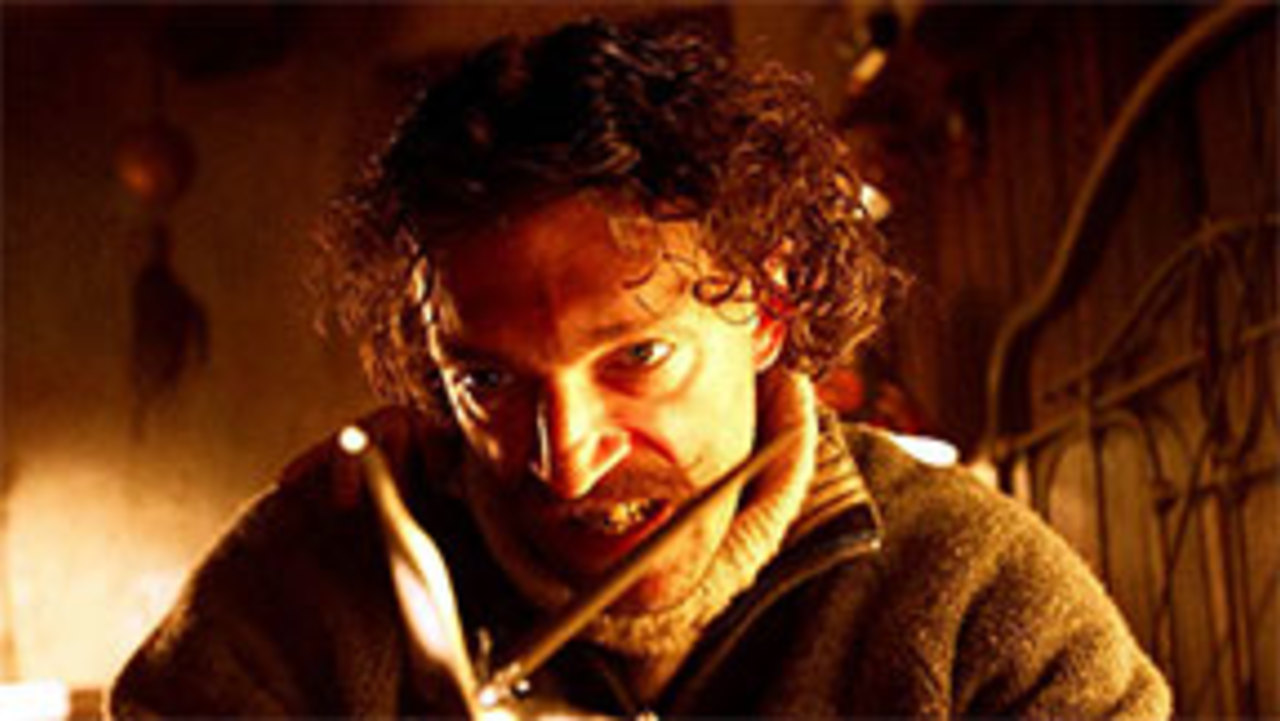 There is bizarre. There is strange and creepy. And then there is Sheitan. This audacious and casually offensive film serves up a feast requiring a cast iron stomach and an ol' fashioned sick sense of humor. On Christmas Eve in a Parisian nightclub, we meet Bart the white boy, Ladj the black guy, and Thai the Asian guy. Then the boys meet the disconcertingly beautiful Eve and bartender Algerian Yasmin. When Eve spontaneously invites everyone to her parent's country house the guys figure they've got it made. Arriving on Christmas day, the group, with Bart's pit bull in tow, is greeted by the caretaker Joseph played by Vincent Cassel who sheds his leading man good looks for a character who is grotesque, likable, and freakish at the same time. While his pregnant wife, Marie, lurks upstairs, Joseph welcomes the out of town guests with an enigmatic smile and some breezy racial epithets describing each newcomer. As a special treat, he takes them to the local hot springs populated by some friendly, oddball hicks including a girl who gives Bart's dog more than a tummy rub. When the group stays the night, the dinner conversation, mainly inspired by Joseph, turns to such savory topics as sex, satanic possession, and incest. With Joseph's erratic behavior escalating and his rarely seen wife casting an eerie presence, all hell starts to break loose. Director Kim Chapiron and co-writer Christian Chapiron have concocted a no-holds bar, in your face, cinematic orgy of twisted comedy, edge of your seat bloody suspense, and sexy eye candy with a climax that will leave you laughing and covering your eyes.

Born on the 4th of July in Saigon, 25-year-old Kim Chapiron began her career as an illustrator and graphic designer, but after designing several websites her interests quickly turned to film. She took a job as a special effects editor at a postproduction studio in France. The access to the editing equipment allowed her to direct her first films, Tarubi, L'Arabe Strait (2002) and The Barbichette (2002), which received numerous nominations and awards (Locarno, Circuito Off Venice, Les Lutins du Court-Métrage). In 1995, she founded an artist collective with fellow director Romain Gavras called Kourtrajmé. This incredibly dynamic collective counts among its members, actor Vincent Cassel, French rap group Le Nguyen, and graphic artist Kiki Picasso. Le Sheitan, Chapiron's debut feature film, was produced by Kourtrajmé and features the talent of many of the group's members.