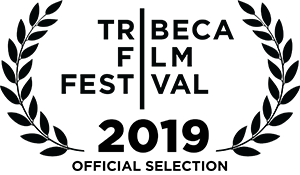 In 2018, Queen Latifah, Procter & Gamble and Tribeca Studios launched The Queen Collective, a short film mentoring and development program for women directors of color. The program was announced at Cannes Lions and at Essence Festival in July. In its first year, The Queen Collective chose two directors and their treatments for two documentary short films, took them through a week-long mentorship program and funded their films, with Tribeca Studios providing mentorship and guidance throughout the production process.

If There Is Light
Fourteen year-old Janiyah Blackmon wrestles with her new life in New York City as her mom tries to move her family out of the shelter system and into a stable home.
Directed by Haley Elizabeth Anderson

Ballet After Dark
Ballet After Dark tells the story a young woman who found the strength to survive after an attack. She created an organization that is helping sexual abuse and domestic violent survivors find healing after trauma through dance therapy.
Directed by B.Monét