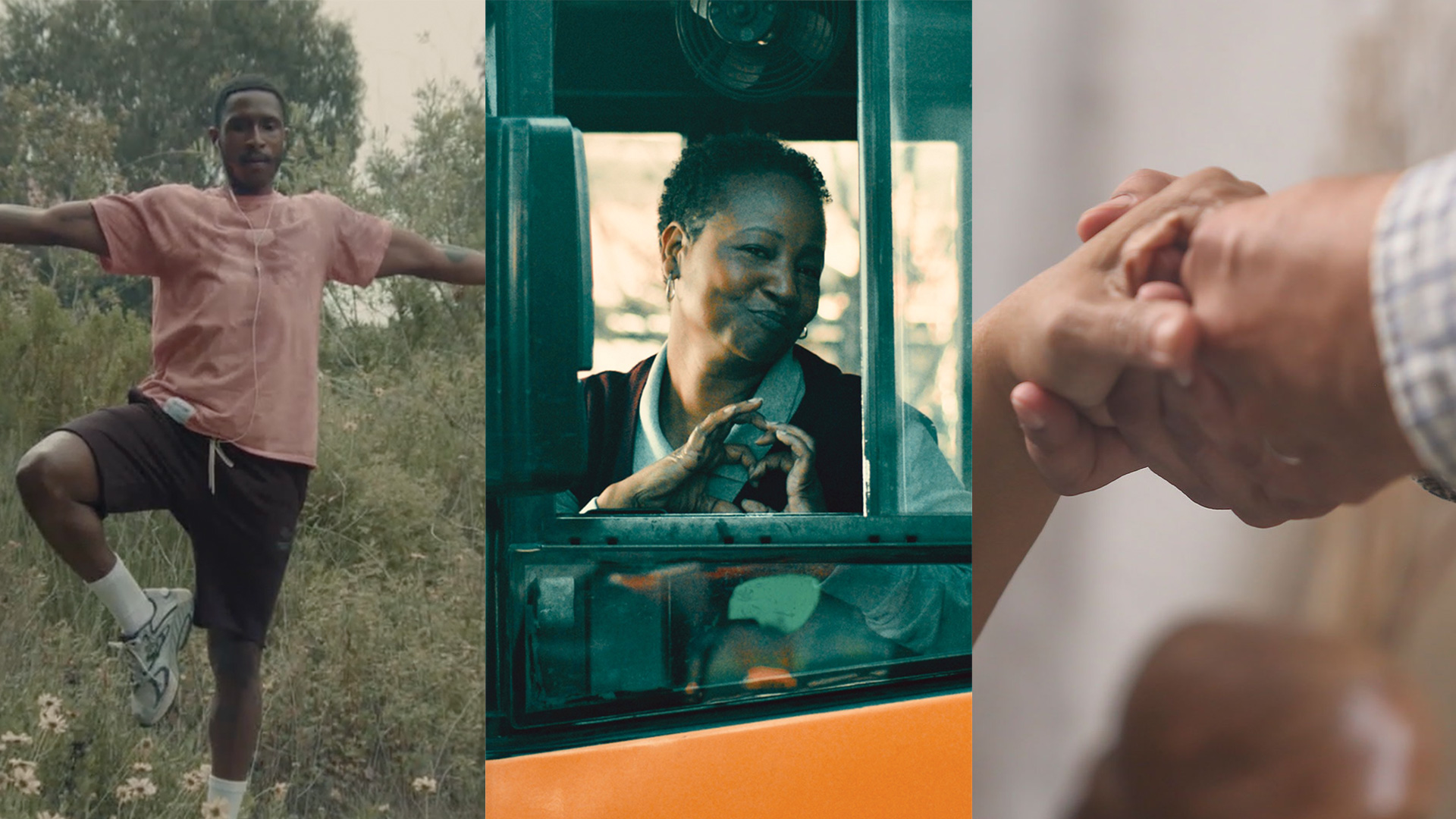 In this playful comedy, three kids worry that their beloved school bus driver will be lonely this summer without them. They set out to find her a partner and imagine the perfect matches.

Directed by: Zoey Martinson
Zoey Martinson is an award-winning writer and director in film and off-Broadway theater. Her film, The Fisherman, is currently streaming on HBO Max and she directed the TV movie Uthandiwe Uyatshata II for DSTV South Africa. She is a writer for season two of Betty on HBO Max.

Pearl and Henry enjoy the simple pleasures of their daily routine. Despite the changing world around them, they find comfort and peace in a connection built on decades of joy, vulnerability, and trust.

Directed by: Gibrey Allen
Gibrey Allen is an award-winning writer and director. His narrative feature Right Near the Beach has earned multiple nominations and awards worldwide, including Special Jury Recognition at the New Orleans film festival. Gibrey is currently developing a feature film.

SHE DREAMS AT SUNRISE

In this heartwarming animated film, an elderly woman escapes her mundane reality through her dreams while her great-nephew helps reconnect her to what she's really missing.

Directed by Camrus Johnson
Camrus Johnson's animated short Grab My Hand: A Letter to My Dad has won awards across the globe and his second short Blue Bison has its world premiere soon. He currently has a feature film and animated series in development with three comic books on the way.

In this moving story of love and dedication, Bernard Brash heals and finds hope by learning how to dance.

Directed by Marshall Tyler
Marshall Tyler is an award-winning writer/director whose truthful storytelling is permeated by a lyrical cinematic esthetic. His films have screened at Sundance, BlackStar and CIFF. His last two shorts are available on HBO (Cap) and Vimeo (Night Shift). He most recently directed 9-1-1 for Fox.