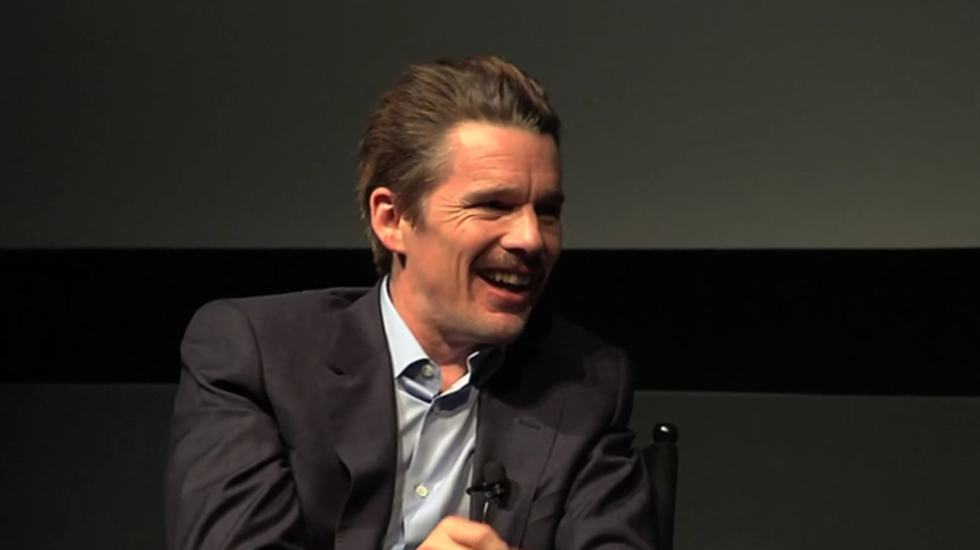 BY Jennifer Mills
"That idea may be pretentious but there's something interesting about it, so we'll get rid of the pretension, hopefully."

In this clip from our Tribeca Talks Directors Series with Richard Linklater, Julie Delpy, and Ethan Hawke, Hawke discusses how pretentious ideas get filtered through his co-writers into the final script.

The Tribeca Talks® Directors Series: Richard Linklater with Ethan Hawke and Julie Delpy, was filmed before a live audience on April 22nd, 2013 at the Tribeca Film Festival.