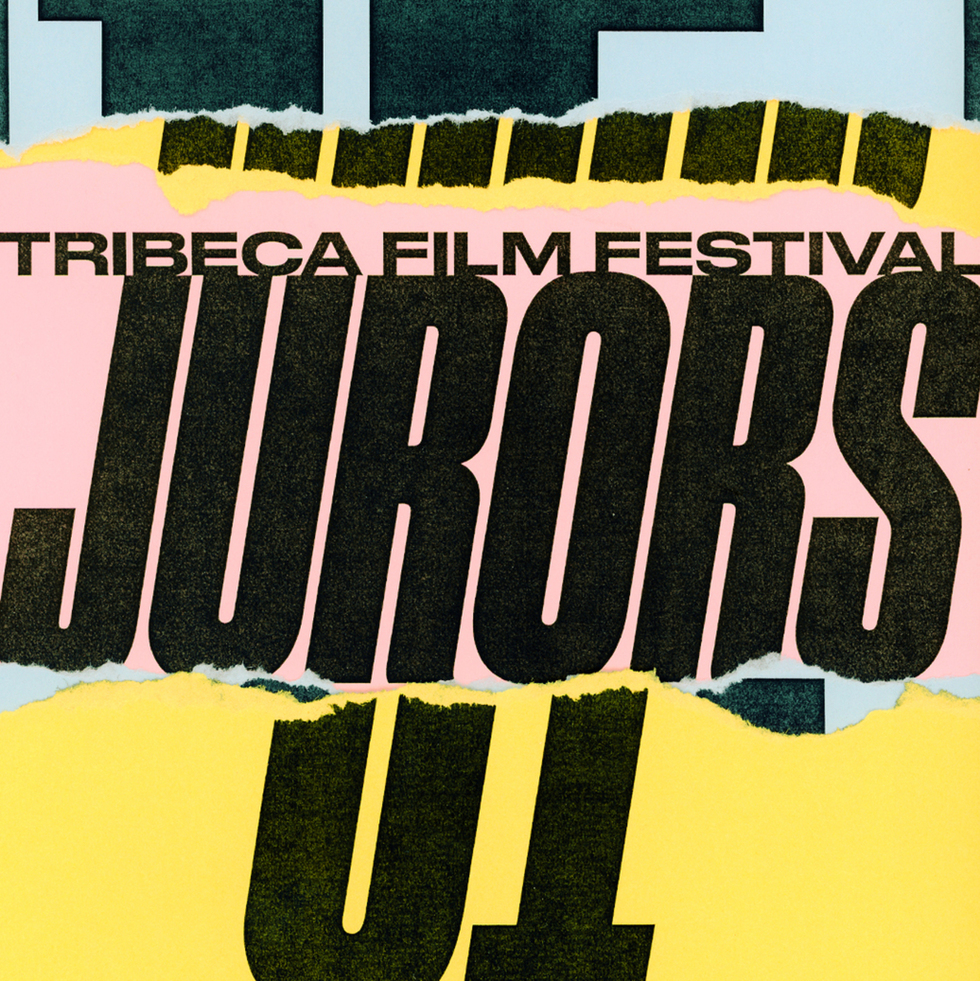 BY The Editors
Reporting for duty...

Today, we announced the members of our ten juries at the 2018 Tribeca Film Festival, presented by AT&T. The jurors will be tasked with honoring the new works of emerging and established members of the creative community with unique art awards and cash prizes as they present their works at our annual Festival. Mirroring the breadth of Tribeca’s programming, the team of jurors include acclaimed filmmakers, award-winning actors, noteworthy producers, and cultural leaders from many artistic mediums. The Festival takes place from April 18th to the 29th in New York City.

Over 35 industry professionals have been selected to award work covering both feature-length and short film categories comprised of narratives and documentary films as well as Storyscapes, the juried section of the Virtual Arcade, presented by AT&T. The jurors will also present the Tribeca X Award, celebrating branded storytelling at the intersection of advertising and entertainment.

The Festival will also announce the winner of the sixth annual Nora Ephron Award, presented by CHANEL, which will be selected by a jury composed of women firmly entrenched in the entertainment industry. The award was created to honor the spirit and vision of the legendary filmmaker and writer Nora Ephron.

"Each year we engage some of the most seasoned members of the creative community to collaborate with us on our juries," commented Jane Rosenthal, co-founder of the Tribeca Film Festival and Executive Chair of Tribeca Enterprises. "Whether it’s the Nora Ephron Award for a women filmmaker, the Albert Maysles Award for a new documentary director, or the Storyscape Award for immersive storytelling, we continue to grow and expand our Tribeca family with the help of the acclaimed artists and creators on our jury."

The winning films, filmmakers, actors, and storytellers in each category will be announced at the Tribeca Film Festival Awards ceremony, sponsored by Chloe Wine Collection, at BMCC Tribeca Performing Arts Center on Thursday, April 26th.

Here's who'll be watching films, projects, and more at this year's festival:

The jurors for the 2018 US Narrative Competition section are:

Actor Justin Bartha has co-starred in two beloved billion dollar franchises: The Hangover and National Treasure. Some of Bartha's other notable film credits include White Girl, Holy Rollers, Dark Horse, The Rebound, and Failure to Launch. Upcoming films include Nick Hamm’s Driven and Collin Friesen’s Sorry for Your Loss. Bartha can currently be seen co-starring in the acclaimed drama The Good Fight on CBS All Access.

Bilge Ebiri is the senior film critic for the Village Voice.

Actor Chris Messina will next be seen opposite Amy Adams in director Jean-Marc Vallée's Sharp Objects on HBO.

Actor Lakeith Stanfield stars in Netflix’s Come Sunday opposite Chiwetel Eijofor, premiering April 13th on Netflix and in Boots Riley’s Sundance hit Sorry to Bother You, out July 6th from Annapurna Films. On the small screen, Lakeith has gained critical acclaim for his role as Darius in Donald Glover and FX’s series Atlanta. He is currently shooting The Girl in the Spider’s Web opposite Claire Foy, out November 2018.

The jurors for the 2018 International Narrative Competition section are:

Florence Almozini is currently the Associate Director of Programming at the Film Society of Lincoln Center.

Martha Coolidge is an award-winning director, and the only female president of the DGA, so far. Her work ranges from indies to studio films, TV and documentaries. She has been on the Board of Governors of the Academy of Motion Pictures, the DGA, the AFI and has directed many actors to Academy, Golden Globe, Emmy and Independent Spirit Awards.

André Holland’s film credits include Moonlight, Selma, 42, Miracle at St. Anna, and Sugar. He’ll next be seen in the Stephen King-inspired series, Castle Rock (Hulu/Bad Robot), and can currently be seen in Ava DuVernay’s adaptation of Madeleine L’Engle’s A Wrinkle in Time.

Ray Liotta has become a prominent figure in entertainment appearing in film, TV, Broadway, and even lending his talents to production. He currently stars on the NBC drama Shades of Blue.

Haifaa Al Mansour is the first female filmmaker from the Kingdom of Saudi Arabia and the director of Wadjda, the first full-length film ever shot inside the Kingdom. Her latest film, Mary Shelley, is screening at this year's Festival.

The jurors for the 2018 Documentary Competition section are:

Dan Cogan is the Academy Award-winning and BAFTA Award-nominated producer of Icarus and the Executive Director and Co-Founder of Impact Partners, a fund and advisory service for investors and philanthropists who seek to promote social change through film.

Kirsten Johnson is a cinematographer and director. Her most recent film, Cameraperson, premiered at the 2016 Sundance Film Festival, was released by the Criterion Collection, named one of the "Top Ten Films of 2016" by the New York Times and the Washington Post, and was shortlisted for the 2017 Academy Awards.

Brett Morgen is an award-winning director, producer, writer and editor.

The jurors for the 2018 Best New Narrative Director Competition section are:

Joshua Leonard is a filmmaker, writer, and actor. His notable credits as an actor include the lo-fi sensation The Blair Witch Project, the Independent Spirit Award winning Humpday, and Steven Soderbergh's Unsane, which was recently released in theaters. His credits as a director include The Lie (Sundance 2011) and the upcoming Behold My Heart.

Zosia Mamet has established herself as one of the film and television industry’s most exciting young talents as both an actress and producer.

The jurors for the 2018 Albert Maysles Award (Best New Documentary Director Award) are:

Nelson George is an author, cultural critic, and filmmaker who moves between multiple disciplines.

Linda Knowlton is an Emmy-nominated director and producer who works in documentary and scripted feature films, as well as in television.

Elvira Lind created, filmed, and executive produced the TV series Twiz and Tuck, which launched on Viceland in 2017. Her second feature documentary, Bobbi Jene, won three awards at Tribeca 2017, including Best Documentary, and opened in cinemas in the U.S. in September the same year.

Basil Tsiokos is the Director of Programming for DOC NYC, and the Nantucket Film Festival, and a Programming Associate at Sundance.

Derek Waters is the creator and host of Emmy-winning Drunk History on Comedy Central. Waters has also earned an Emmy-nomination for directing.

The jurors for the 2018 Narrative Short Competition section are:

Amy Kaufman is a staff writer at the Los Angeles Times, where she has covered film, celebrity, and pop culture since 2009. She is also the author of New York Times best seller Bachelor Nation: Inside the World of America's Favorite Guilty Pleasure.

Sheila Nevins is the former President of HBO Documentary Films and executive producer on upcoming projects. She has been responsible for overseeing the development and production of more than 1,000 documentaries for HBO, HBO2, and Cinemax.

Alex Pettyfer has established himself as a leading man by starring in such films as I Am Number Four and Magic Mike. He will soon make his debut as a feature film director when his movie Back Roads debuts at the Tribeca Film Festival on April 20th.

Norman Reedus is an immensely talented actor, filmmaker, and artist with a gift for taking on challenging roles and bringing dynamic characters to life on screen.

Alysia Reiner, actress and producer, is best known as “Fig" on Orange is the New Black and won a SAG award as part of the amazing ensemble cast.

Ondi Timoner has the rare distinction of winning the Grand Jury Prize at the Sundance Film Festival twice for Dig! and We Live In Public. Her sixth feature documentary, Brand: A Second Coming, opened SXSW '15. She is premiering her first scripted film, Mapplethorpe, which she wrote, directed, and produced here at Tribeca.

The jurors for the 2018 Short Documentary and Student Visionary Competitions section are:

Joe Daniels is the former President and CEO of the National September 11th Memorial & Museum. As of April 2018, he will become the CEO of the as-of-yet-unbuilt National Medal of Honor Museum in Charleston, SC.

Amy Kaufman is an executive who shepherded productions for Good Machine International and Focus Features, including Y Tu Mamá También, 21 Grams, Lost in Translation, and The Constant Gardener.

Susan Lacy is an award-winning director and producer. She recently premiered Spielberg and Jane Fonda in Five Acts, both made for HBO Documentary Films, with her production company Pentimento Productions. Susan is also the creator and former executive producer of PBS' American Masters.

Sapphire is the author of the bestselling novels The Kid and Push, which was made into the Academy Award-winning movie Precious.

James Steyer is the Founder and Chief Executive Officer of Common Sense Media, the nation's leading independent nonprofit organization dedicated to creating a powerful voice for kids and families in the 21st Century.

The jurors for the 2018 Storyscapes Competition are:

Since 2012, Myriam Achard has been a Director of PR & Communications at the Phi Centre, where she is also responsible for the VR Garden’s programming and the immersive/interactive exhibits.

Marcie Jastrow is an industry veteran with over 20 years in the entertainment business. She currently serves as the SVP of Immersive Media at Technicolor, as well as the Head of the Technicolor Experience Center (TEC), dedicated to bringing artists, technologists, and partners together to build the future of immersive media.

Nicholas Thompson is the Editor-in-Chief of WIRED. Under his leadership, WIRED has launched a successful paywall, a Snapchat channel, and an AMP Stories edition; it has also been nominated for National Magazine Awards in design and feature writing.

The jurors for the 2018 Nora Ephron Award are:

Joanna Gleason has appeared in 15 Broadway and Off-Broadway shows, winning the Tony for Best Actress in a Musical for Stephen Sondheim's Into the Woods.

Rebecca Keegan is a Vanity Fair Hollywood Correspondent who reports on the film and TV industries and writes VF.com’s HWD Weekly newsletter.

Sasheer Zamata is a comedian, actress, writer and four-season cast member on Saturday Night Live. She will be appearing in the new NBC pilot So Close, and will also be featured in Amy Schumer's new movie I Feel Pretty, which comes out in April.

The jurors for the 2018 Tribeca X Award are:

Brian Braiker is the Editor-in-Chief of Ad Age and prior to joining the magazine was executive editor at Digiday for four years.

Bonin Bough is one of the foremost-awarded marketing executives in his field, the producer and host of The Cleveland Hustles, the author of TXT Me (646) 759-1837, and Chairman of Bonin Ventures.

Zachary Heinzerling is a filmmaker based in Brooklyn, New York who directed the 2014 Oscar-nominated documentary feature Cutie and the Boxer. 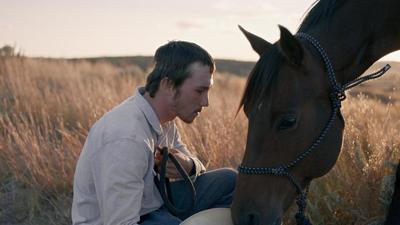 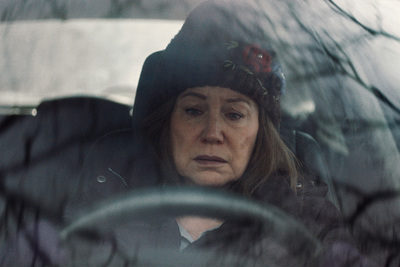