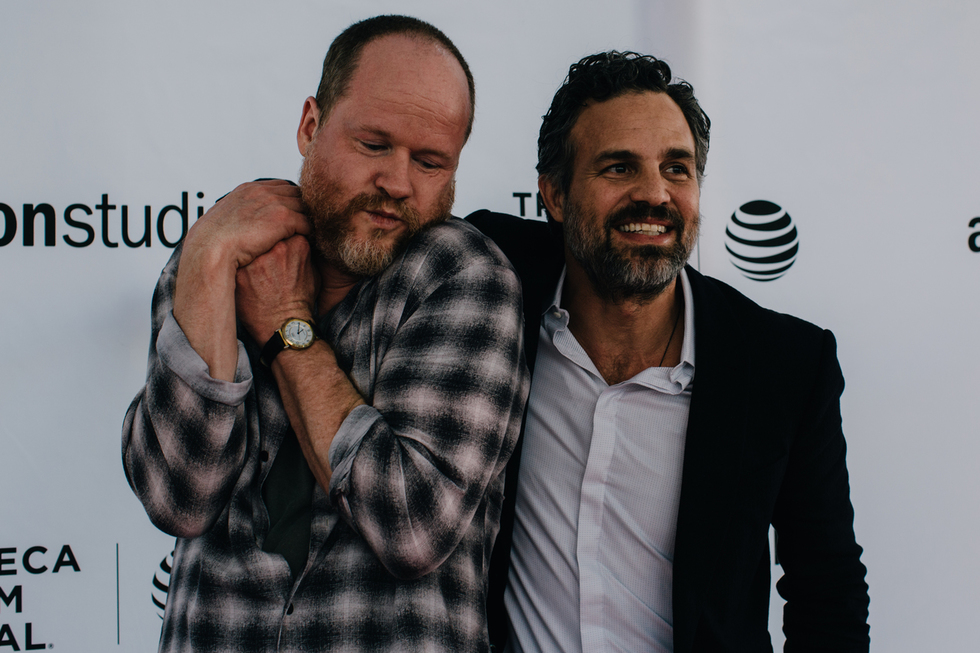 BY Matt Barone
The two friends and AVENGERS collaborators kept things very real at one of Tribeca 2016's biggest highlights so far.

Joss Whedon's purpose in life has never been a mystery: "The moment I started writing, I thought, 'This is it, this is my one true love—this is why I'm on the planet, if there's any reason at all."

Although the event was technically part of Tribeca 2016's Directors Series lineup, yesterday's on-stage conversation between director/producer/screenwriter Whedon and actor Mark Ruffalo at the School of Visual Arts Theatre offered more of an insight into the former's written-word motivations than his behind-the-camera acumen. And for the packed house of vocal Whedon fans, that was just fine, considering that he's either written for or wholly created a slew of iconic, ass-kicking characters in widely beloved films, TV shows, web series, and comic books, namely Buffy, the Vampire Slayer; Serenity; and both of Marvel's gargantuan Avengers movies.

But the discussion between Whedon and his Avengers star Ruffalo wasn't a nuts-and-bolts dissection of those characters' origins and influences. As with many Tribeca Talks events, the convo benefited greatly from its participants close real-life friendship. With his guard totally down and his candor on full blast, Whedon fielded Ruffalo's questions with an endearing honesty that often verged into a kind of therapeutic self-loathing. Even at his most self-deprecating, though, Whedon was refreshingly, and entertainingly, open about how his deepest insecurities and anxieties have helped to flesh out his roster of unforgettable characters.

Since they're Ruffalo's primary bond with Whedon, Marvel’s Avengers films were unsurprisingly covered in great length. The actor reflected on how he was at first hesitant to play Bruce "the Hulk" Banner in 2012's The Avengers because he'd never done such a big film before. Whedon remember what Ruffalo would say to him after every shooting day early into The Avengers' production: "It's not too late to recast—you know I have Joaquin Phoenix on speed dial." There’s no doubt that Whedon is happy that Ruffalo stuck with it. "You take the most theatrical stuff I can write and make it sound natural better than anyone I've ever worked with," he told the A-lister who plays the big green hero.

Whedon's "personal” take on the Hulk excited Ruffalo enough to eventually assuage his fears and join The Avengers. One line of dialogue that Whedon wrote for Ruffalo, in particular, remains a favorite of both men: "I'm always angry." Its author’s reason for why that brief yet heavily complicated line is so special? Four months after the film opened, Whedon realized that he’d been writing about himself through Ruffalo's Hulk. He's really the one who's always angry.

After-the-fact revelations of that kind aren't uncommon for Whedon. Four years after Buffy, the Vampire Slayer ended its cult-adored run in 2003, he had a similarly overdue epiphany: The character he'd put the most himself into on the show wasn't the fun-loving sidekick Xander "before he started getting laid." One day, it finally dawned on Whedon that he was the series’ most complicated character. "Oh, I'm Buffy!"

Ever since Whedon wrote the troubled 1997 sci-fi sequel Alien: Resurrection, he told Ruffalo, he's been putting as much of himself as possible into his scripts' characters and narratives. Which is why the lukewarm to outright negative critical and hardcore fan response to last year's Avengers: Age of Ultron sent him to a dark emotional place, which SVA's crowd could practically see Whedon pulling himself out of right in front of them. The sequel's dramatic backstory, that of Marvel’s executives interfering and making Whedon alter his original script, is public record, thanks to several post-release interviews. As he told Ruffalo, he’s still "very proud" of the film yet disappointed in himself for not meeting his own expectations, but that he’s still in awe of Marvel for letting him to make "an absurdly personal movie about humanity…for hundreds of millions of dollars" not once but twice.

Physically and psychologically burnt from the Ultron experience, Whedon took his first vacation that lasted "for more than two weeks" in 25 years once his press obligations to the film were done. The brief sabbatical was much-needed. "I got to a higher state of fuck-all," he said to Ruffalo, who then told him, in regards to Whedon's emotional state following the traumatic Ultron fallout, "I was afraid that you were done." But, per his own words, Whedon could never stop doing what he loves. "When I'm not [writing]," he explained, “I remember that I hate myself.” He made that statement in jest, but the candidness was unmistakable.

That frankness was equally apparent when Whedon filled Ruffalo in on the script he's currently writing, which he neglected to offer story details on, deflating the crowd's scoop-getting hopes with, "I won’t say a damn thing [about it], except that it's super good." Ruffalo listened intently as Whedon recalled the recent night when he wrote the script's ending inside a restaurant, in public, and cried like a baby while the eatery’s workers closed it down. "I had to take off my shirt and blow my nose [with it]," Whedon said with a laugh.

Ruffalo spoke for the entire SVA audience by telling Whedon that he “can’t wait to read” the new script in question, if only because he knows that Whedon's at his best whenever he spills out his own pain onto the page. Whereas some people might find that kind of professional closet-cleaning difficult, Whedon can't do it any other way. "If you're not writing about yourself, why are you writing? Why would you not want to write something that's important for you to say to people?"

Being that Whedon has worked by that mantra throughout his entire career, he ultimately can’t get too upset about the occasional artistic letdown, Ultron or otherwise. "Even if I look back [on my career] and say, 'Flop, flop, flop,' I never feel like I've wasted somebody's time," said Whedon. He then immediately turned to the crowd and added, "That's the biggest brag I’ll give you." 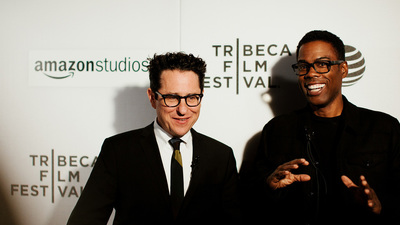 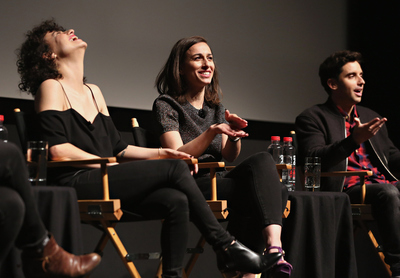 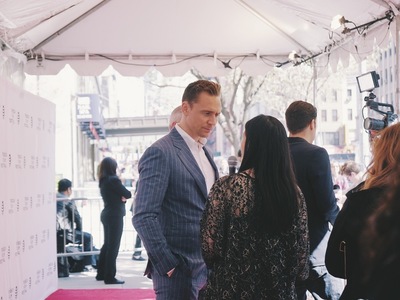