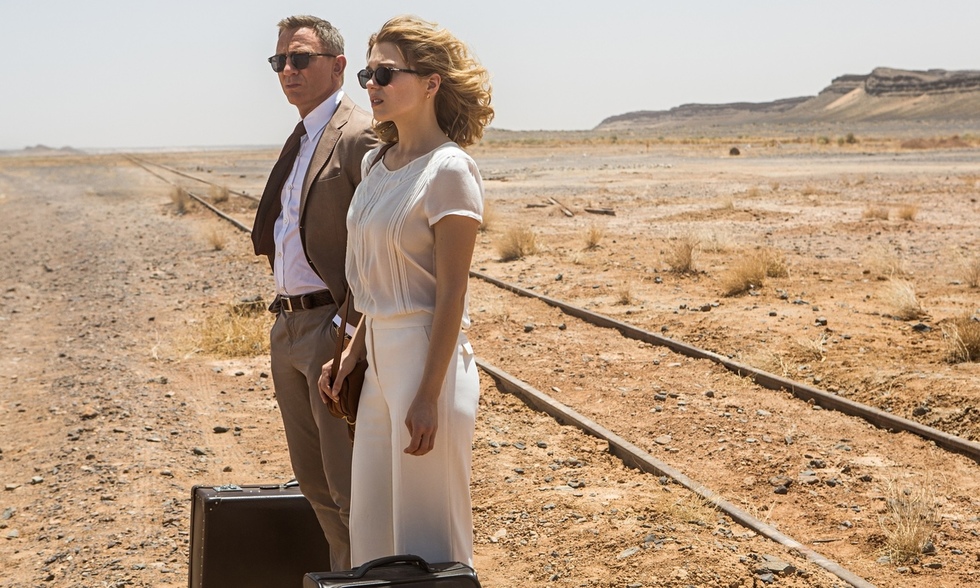 Does Liking James Bond Make Me a Bad Feminist?

NOTE: This article contains spoilers about Skyfall and Spectre.

When my roommate and I settled into our uncomfortable seats on the opening night of Skyfall, we were immediately submerged in the excited chatter of our fellow audience members. A group of guys next to us cheerfully snuck Jack Daniels into their Coke cups and toasted to the latest 007 installment, and other patrons close to us—couples and friends, of a vast variety of ages—all shared the excitement, though perhaps sans the whiskey. This was a new Bond film. This was an occasion.

Despite only being a recent convert, I felt as though I was able to take part in the excitement of it all. We all shared collective awe at the stunning opening sequence as Adele's voice soared over the images, laughter at Bond’s witty one-liners, and a clear sense of suspense during the fight sequences. His tryst with supposed-enemy-turned-"Bond girl" Sévérine (Bérénice Marlohe) seemed pretty in line with Bond’s typical habits, but then, something changed. After Bond comes face to face with the film’s villain, Raoul Silva (Javier Bardem), Sévérine is bound and Bond is challenged to shoot a glass of scotch off her head. Bond misses, but Silva shoots and kills her. Bond then glibly comments that her demise is merely a "waste of good scotch." This was unpalatable, and I could sense it in the shifting of some of my neighbors in the theater.

The film had just introduced what had appeared to be a fresh femme fatale, and promptly thrown it all away to use her as a plot device so that Bardem's villain could be introduced. As a casual viewer, this was upsetting. As a feminist, it felt personal. While was still largely able to enjoy the remainder of Skyfall, since then, I've been more wary of the Bond franchise. It might sound naive, but I had never considered that the new Bond films (which mask their misogyny far more stealthily than the older flicks in the franchise) were still treating women like such expendable figures—and now I've become incredibly conscious of it.

The disposable nature of women in Bond films is something to which audiences have become accustomed. They're sex objects, eye candy, and plot devices. But despite all of this, I still find myself enjoying these movies. There’s something delightful about the action sequences, something thrilling about the suspense, something intriguing about this self-involved, brooding character we’ve known for 23 films. Bond is quintessentially British, and that’s half his charm; he faces off with a series of ridiculous villains, and he has a quirky team of supporters who back him up even when he's been terrible. At the end of the day, misogyny aside, many of them are simply fun movies, especially if you take them with a grain of salt. The overt masculinity can never be taken too seriously, lest the fun is sucked out of viewing them. The films offer a good time, an escape to simpler stories that don't require too much thought: hero fights villain, takes part in occasionally ludicrous fight scenes, saves the world just in time, and always gets the girl. It's only when the films attempt to masquerade themselves as more progressive, heavy dramas (with Craig's Bond) that the misogyny becomes more serious and it all becomes harder to enjoy.

When Dr. No was released in 1962, the world was introduced to Sean Connery’s James Bond. While this was based on the sixth novel in Ian Fleming's series, this was the first time audiences had seen Bond brought to the silver screen. An unwavering pillar of masculinity equipped with witty one-liners, smooth moves, casual misogyny, and a very particular drink order, he was immediately elevated to the status of an icon. Men aspired towards 007’s effortless, unapologetic manliness and sexual prowess, and those men remain the James Bond franchise's target audience. The films' producers didn't seem to be all that concerned with the portrayal of women in the franchise, except when they were placed on screen to be looked at by the men watching them. Over the course of the 23 James Bond films, Bond has sex with 55 women. Seventeen of the 55 end up dead. Women are one-hit wonders in the Bond series, with a few exceptions like M and Moneypenny. For the most part, however, "Bond girls" are seen, slept with, and rarely heard from again.

At the time of their inception, "Bond girls" were considered progressive, a modern reflection of society’s current view of women. Honey Ryder (Dr. No, 1962), the first real "Bond girl," was a fairly dynamic representation of women at the time. Though her first appearance in the film depicted her emerging from the ocean in a bikini with a hunting knife, her character was quick-witted and independent, demonstrating that women of the '60s could be sassy, smart, and have sex appeal. Unfortunately, that progression never really continued past the first few Bond films. In the years since, there have been female characters with names like Pussy Galore (Goldfinger, 1964), Kissy Suzuki (You Only Live Twice, 1967), and Holly Goodhead (Moonraker, 1979). Subtlety has never been a priority in 007's universe.

Recently, the 007 series' fairer-sexed characters have been more appropriately dubbed "Bond women," in what's perhaps an attempt to shed one of the franchise’s many archaic sexist components. One could argue, thought, that over the past ten years, Bond girls have evolved from acting as passive bystanders to more dynamic characters, and they've been given less ridiculous names and more time on screen beyond their trysts with Bond. The women in these films do largely still serve one purpose, however: to serve Bond’s storyline, whether that’s with sex, betrayal, or sheer wit and assistance in times of need. Good luck trying to find a woman in a Bond film who exists solely of her own accord.

The last few 007 films have made attempts to show us otherwise. Being able to watch Dame Judi Dench as M in seven films, starting with 1995's Goldeneye, has been incredibly exciting, but it’s hard to forget that she also only exists to assist Bond. She’s also never been a "Bond girl"; Dench’s M wasn’t a conquest for Bond, but, rather, more of a matriarchal figure. The portrayals of M and Eve Moneypenny (played by Naomie Harris) in Skyfall (2012) made me cautiously optimistic for how women were going to be depicted in the franchise moving forward, but then—SPOILER ALERT—M was killed off at the end of the film, once again making room for a man to take charge. Moneypenny, a MI6 field agent, treated Bond as an equal, and was in on the action from the start of the film. Whether or not her character will continue to progress sans Bond sexual tension remains to be seen, but thus far, she's the best argument the Bond films have for a dynamic female character, and even she retires from field work to become M's new secretary at the end of the film.

My hopes were high for Skyfall because of the inching forward that had been made in the more recent films. There was a small glimmer of hope in Casino Royale, as well as an acknowledgement of a female audience, when director Martin Campbell inverted the male gaze and sexualized Daniel Craig's Bond as he emerged from the ocean in his bathing suit, calling back to Honey Ryder's introduction in Dr. No. Yet that small step forward was forgotten by the time Skyfall came around, with the aforementioned death of Sévérine. This reversion to the off-hand, casual misogyny of older Bond films was, and still is, surprising and slightly nauseating. The franchise’s sex/death correlation is more than just a little unsettling; women are constantly dying or being injured in Bond’s best interest. Even the women who appear to be "independent" eventually throw it all away for Bond, which implies that anything a woman has going for her is less important than a man’s obligations.

Even James Bond is tired of women throwing it all away for 007. Daniel Craig has been open about his feelings towards the franchise and this iconic character, claiming there's "nothing" to be learned from Bond that's helpful in daily life. "Let’s not forget that he’s actually a misogynist," Craig recently said in an interview with The Red Bulletin. When Monica Bellucci is called an "older woman," he was quick to correct this: she’s a "woman his own age." Much has been said about the casting of Monica Bellucci, who, at 51, is considered older than a typical "Bond girl," though she’s in fact closer to 47-year-old Craig’s age than any of the other women in the Bond films thus far.

Director Sam Mendes, who also helmed Skyfall, has also been candid about the development of female characters in the franchise: "I know it's the cliché now to stoke up the roles of women in large commercial movies by saying, 'They're so strong,' and, 'They’re his equal,' and stuff. It's actually quite difficult to construct roles that actually conform to that." He goes on to say that the actresses of Spectre demonstrate a sense of maturity and experience that proves that they're "not simply adjuncts" in the film. Unfortunately, however, this doesn't necessarily prove true in Spectre. Old habits die hard—Bellucci’s character is saved by and sleeps with Bond in the first act and is promptly forgotten. Léa Seydoux, while 21 years Bellucci's junior, is seemingly strong-willed, independent, and impervious to Bond's charms—until she succumbs and sleeps with him, too.

As for Moneypenny, while we are given a glimpse into her normal life, she continues to assist Q and the gang in saving Bond. I'd like to say these repeat offenses would stop me from seeing the film, but the truth is, the thrill remains intact. The allure of a suave, righteous hero, witty one-liners, and fast-paced action sequences are part of a 50-year history that includes loyal fans and cultural significance, and with the sleek direction of talents like Mendes, it's hard not to get excited for these films.

There are a lot of problems with James Bond films, and as a young feminist, I take issue with the franchise's deeply misogynistic nature. Though Craig and Mendes speaking freely about the portrayal of women in the films suggests progress, what's up on screen is still fairly stagnant. The misogyny is seemingly still culturally and historically ingrained in the franchise, much like Bond's habit of being a serial shagger, martini-drinker, and justice seeker. I’ve grown to be content with small steps of progress, despite the fact that it's very, very apparent that more can be done. Though I’m fighting a long and exhausting internal battle as we prepare for the release of Spectre, I've chosen to accept the films for what they are. I'm unabashedly a feminist, and that's why I can watch these films and know when something’s wrong—and also be excited when 007 pursues a villain in his Aston Martin. 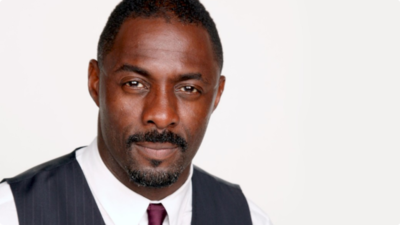 Film|ARTICLE
Will We Ever Get to See Idris Elba's Bond?
BY Matthew Eng 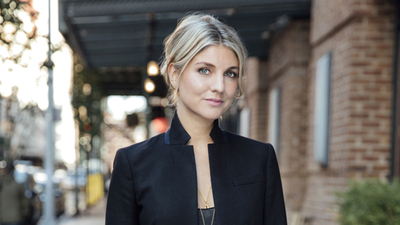 Film|SLIDESHOW
RECIPIENT OF PRODUCTIONS FUNDS FROM INAUGURAL THROUGH HER LENS: THE TRIBECA CHANEL WOMEN'S FILMMAKER PROGRAM ANNOUNCED
BY The Editors 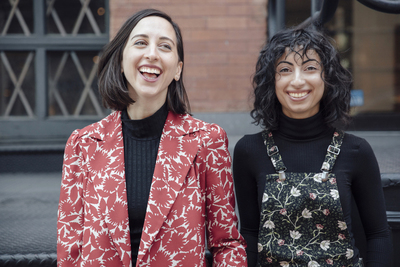 Film|SLIDESHOW
Discover, Support, and Empower Women Filmmakers
BY The Editors