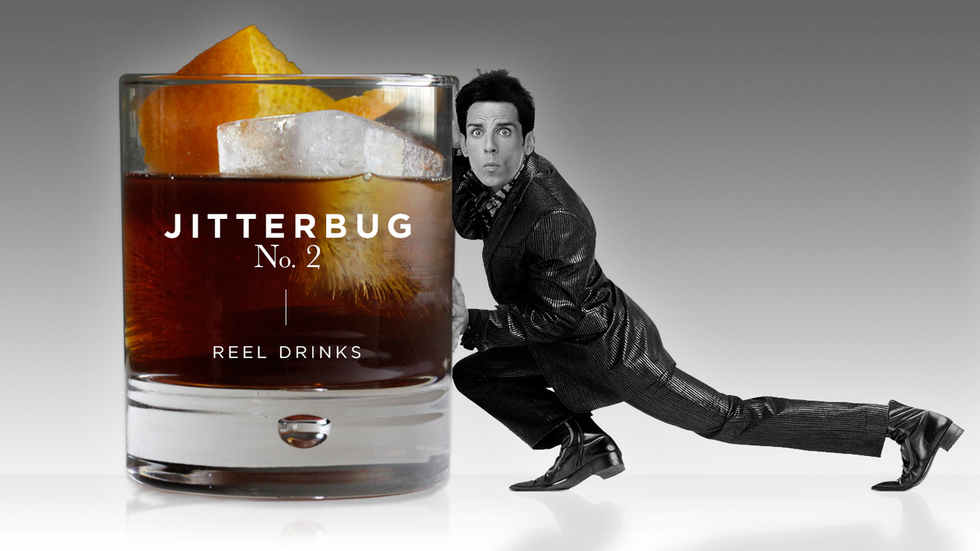 If you’re excited about the arrival of Zoolander 2, you should probably avoid the film's Rotten Tomatoes page. Most of the reviews are, to put it lightly, extremely harsh. But few assaults on Ben Stiller’s long-awaited, though perhaps too-long-awaited, sequel to his 2001 satire about the self-obsessed fashion industry are as clever as Variety critic Justin Chang’s review, which ends with this deliciously vicious kicker: "It's the orange mocha crappuccino of movie sequels."

Chang is, of course, referencing one of the original Zoolander’s most beloved scenes, where depressed supermodel Derek Zoolander (Stiller) receives a pick-me-up from a trio of equally looks-infatuated dudes, one of whom is randomly played by Alexander Skarsgård, pre-True-Blood crossover. Derek’s buddies advise him to let a nice, cold,

and delicious "Orange Mocha Frappuccino" brighten up his day. Cut to the quintet of good-looking numbskulls out on a roof-less joyride and spastically jamming to Wham!’s "Wake Me Up Before You Go-Go" while drinking their favorite beverage. But then, because one of the other three guys is a dumbass, Zoolander helplessly watches his buddies get incinerated in a gas station explosion. Comedy!

It’s actually a good thing, though, that Stiller's imbecilic narcissist of a character saw his pals go up in flames—he's now better prepared to deal with Zoolander 2's overwhelmingly scathing reviews. The sequel’s only element that’s being complimented is co-star Kristen Wiig, who owns the few scenes that she's in as a freakish-looking Donatella-Versace-like villain. But now there’s a second Zoolander 2-related thing for the first movie’s fans to smile about: our resident booze head Andy Rozal’s next original Reel Drinks creation, the "Jitterbug No. 2." It's an alcoholic riff on Derek Zoolander’s go-to orange mocha frappuccino refresher. One sip will make the potentially disastrous Zoolander 2 seem worth the effort.

Below, Andy explains the story behind the "Jitterbug No. 2" and lays out its ingredients and instructions:

The concept of an 'Orange Mocha Frappuccino' sounds fairly ridiculous, but there's a nice triangle of compatability between the three suggested flavors: coffee pairs with chocolate, chocolate pairs with orange...and sometimes, coffee pairs with orange. (Try twisting an orange zest into your next cup 'o joe). Given the sweet-sounding profile that the 'frappuccino' moniker suggests, I knew I wanted to bend the resulting drink away from a blender-based dessert cocktail, and into a more delicate-yet-spirit-forward direction.

I chose Cachaça as the base spirit because it's mellow and easily infused without putting up a struggle. After a few hours in a mason jar with some Light Roasted Ethiopia Yirgacheffe, we wound up with a light bodied, almost chocolatey tasting spirit that hinted at coffee while still maintaining the Cachaça's vegetal notes. The chocolate portion of the drink is achieved by the amazingly light cacao-distillate Tuthilltown Cacao Liqueur, which does more towards 'hinting' at chocolate than slapping you in the face like other clasically syrupy offerings. Carpano Antica was chosen for its depth and vanilla notes, and Cointreau was selected, albeit in moderation, to brighten the drink, and imbue it with the required citrus spin.

An Orange Mocha Frappuccino...on the rocks.

Pre-chill a rocks glass in the freezer.

Combine all ingredients in a cocktail tin with ice, and stir until the outside of the tin is frosted.

Strain drink into your chilled rocks glass, over a large ice cube. Twist the orange peel garnish over the drink, making sure to wipe down the rim before dropping it into the drink. Enjoy immediately.

Combine 4 parts Cachaça with 1 part whole coffee beans (we chose light roast Ethiopia Yirgacheffe). Cover and let stand, tasting after a few hours. strain into an air-tight glass container, and store with your other spirits. 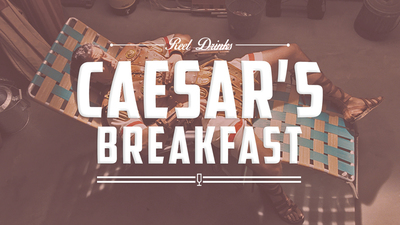 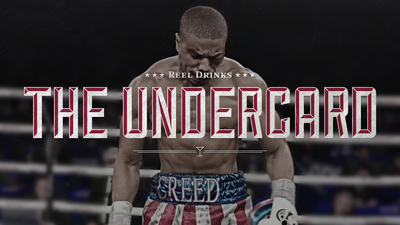