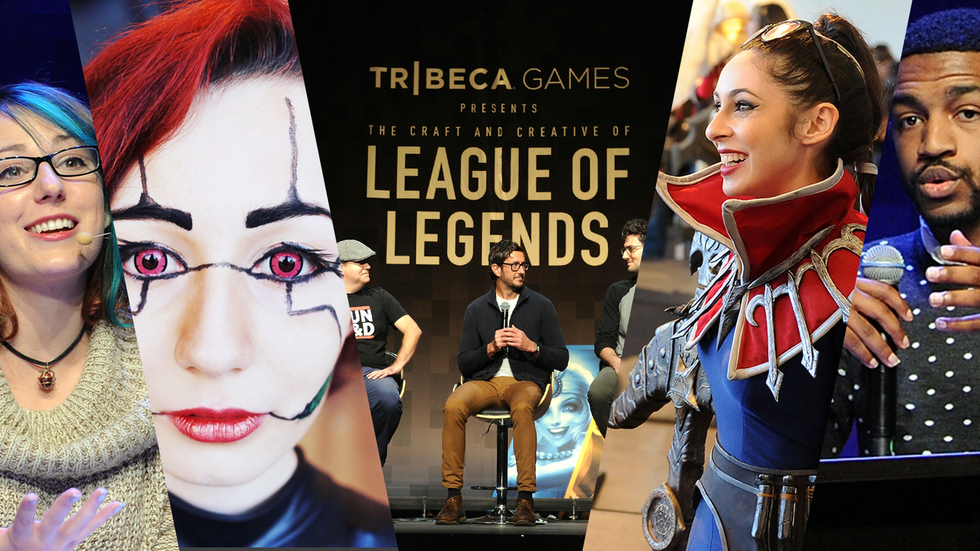 Illustration by Carly Sloane and Photos by Craig Barritt for Getty Images and Kara Baker.
CULTURESLIDESHOW

Photos: Gamers Unite at Tribeca Games' THE CRAFT AND CREATIVE OF LEAGUE OF LEGENDS

BY The Editors
Tribeca Games invited Riot Games to showcase the creative process behind League of Legends at an exclusive kick-off event in New York in November. Stay tuned for more Tribeca Games events at the 2016 Tribeca Film Festival.

Worlds collided November 13th, as fans of Riot Games' hugely popular League of Legends convened at Spring Studios in Tribeca for Tribeca Games' inaugural event, The Craft and Creative of League of Legends.

Through a series of five diverse and insightful panels, the event intersected the vast League of Legends universe with the film, music, and visual arts industries. Tribeca co-founder Jane Rosenthal kicked the day off with a keynote speech by explaining the connection between her company and Riot. "You may be wondering why Tribeca is presenting this event," said Rosenthal. "At Tribeca, we have a passion for stories and the creators telling them. As a producer, I've always known that some of the most creative people come from the gaming world."

The first panel, "Champion Design: Gangplank," embodied that. Three of Riot's designers—Moby Francke, Mark Yetter, and Curtis Churn—were joined on stage by Riot brand manager Janelle Jimenez and lead story writer George Krstic to break down how they've updated the muscular pirate Gangplank, a popular League of Legends character, or "champion," whose physical look and costuming were recently upgraded. He's evolved from your typical Blackbeard wannabe into an imposing and uniquely striking champ. "The reality was, Gangplank was largely forgotten, he wasn't played much, and he was a stereotype," said Jimenez. "While archetypes are good, we try to avoid stereotypes. It's the same as, you like to watch movies about gangsters, right, but not ones about gangster stereotypes. You want to watch Goodfellas because it's a great movie; it's not about gangster stereotypes."

Now, get a glimpse of the day's many visual highlights in the slideshow above. 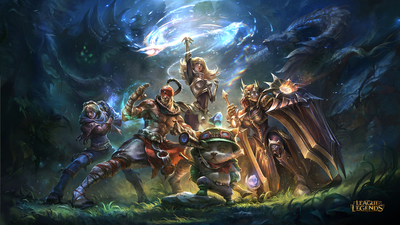 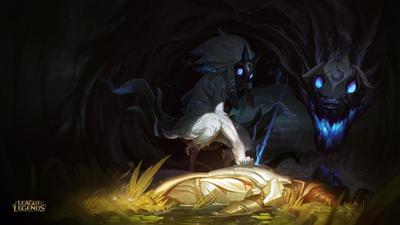 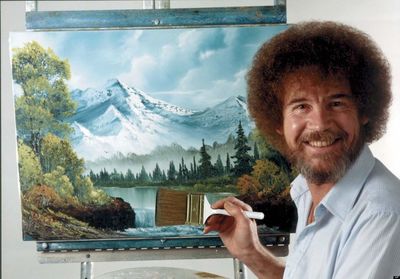