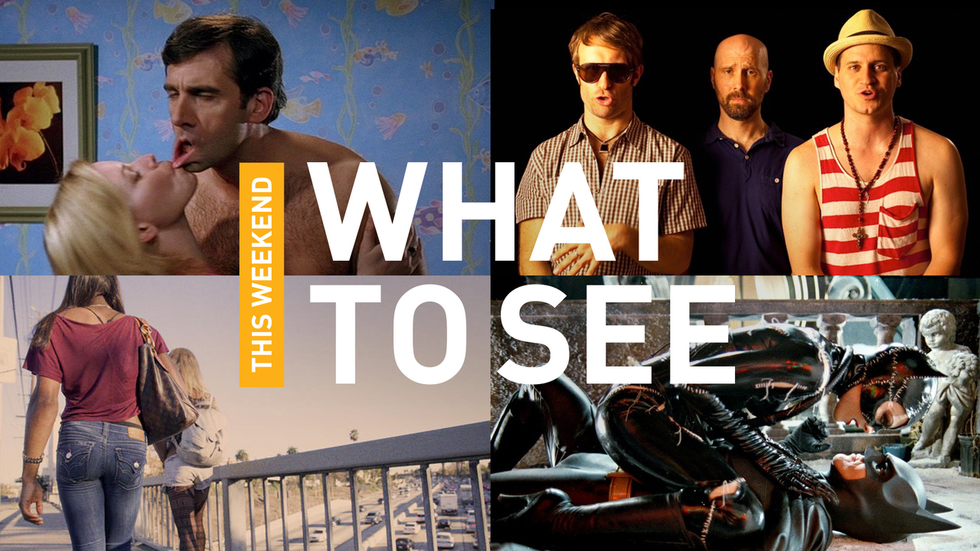 BY Matt Barone
The best new movies and repertory screenings for you to check out over the weekend.

The most surprising thing about Tangerine, writer-director Sean S. Baker’s provocative comedy in which transgender prostitutes turn tricks, curse up storms, do drugs and beat the hell out of fellow hookers: It’s one of the year’s most heartwarming and uplifting movies so far.

Hats off to Baker, a New Yorker who’s spent the last three years living in Los Angeles, for pinpointing the inner humanity beneath his characters’ external outlandishness. Tangerine stars first-time trans actresses Kitana Kiki Rodriguez and Mya Taylor as Sin-Dee and Alexandra, respectively; Sin-Dee’s home after a 28-day jail stint, and once Alexandra informs her that her pimp boyfriend, Chester (James Ransone), has been sleeping with a natural-born woman, Sin-Dee traverses LA’s seediest areas in search of Chester’s side chick and, ultimately, to confront her adulterous lover. All taking place over one wildly eventful day, the unpredictably audacious Tangerine plays like LA’s answer to Martin Scorsese’s After Hours, and its wholly iPhone-5s-shot visual palette adds to the film’s in-your-face realism.

Baker approaches the film’s humor, luridness and warmth all with the same degrees of authenticity. There’s a riotous sequence where Sin-Dee breaks into a hotel room full of deglamourized sex workers and chubby johns to find Chester’s lady friend—it’s Irreversible’s dizzying La Rectum scene dashed with some Tom and Jerry. But later, Sin-Dee and her mark, the shell-shocked Dinah—who Sin-Dee’s been violently dragging around the city like a baby gorilla clutching a ragdoll—share an impulsive bonding moment when, after they’ve shared illegal narcotics, Sin-Dee gently powders Dinah’s face with makeup.

In that moment, Tangerine’s key words “trans,” “prostitution” and “iPhone” lose their headline-grabbing appeal. What’s left is the joy that comes from seeing characters who other filmmakers might demonize receive such heartfelt attention.

Not every side characters deserves his or her or its own spinoff. For every success like AMC’s Breaking Bad offshoot Better Call Saul, there are countless failures—did the world really need a movie from the Bourne universe that stars Jeremy Renner, or, for an older example, the entirety of The Scorpion King? Of course not.

In terms of potentially disastrous movie spinoffs, Minions initially seems equally unnecessary. In the Despicable Me films, super-villain Gru’s little hench-things are hilarious supporters that bring a zany silliness, but they’re essentially one-note joke machines. Stretching them into a standalone 90-minute movie could be like giving a thin SNL sketch the big screen treatment. (And kids certainly don’t need their own A Night at the Roxbury.) But give the Minions team credit for somehow making this thing work.

The plot’s little more than “Minions need a new master, so let’s watch them inadvertently kill a bunch of bad folks before finding their leader,” but that in and of itself is morbidly fresh for a children’s movie. There's more death in Minions than in a Friday the 13th marathon, yet it's all pitched with a strangely effective "Isn't death a gas?" subversiveness. Also clever is the decision to whittle the jibberish-speaking, pint-sized antiheroes down to three main ones, which allows for subtle characterization amidst all of the reckless yet harmless blabber.

With their inability to speak, central minions Bob, Kevin, and Stuart achieve a kind of bizarro silent film slapstick mania—they’re not unlike what Buster Keaton would be if he were dropped into a kid’s weirdest animated fever dream.

The timing of Do I Sound Gay? couldn’t be better, coming on the heels of last week’s gay marriage legalization news, but the questions asked by writer/filmmaker David Thorpe seem so on-the-nose, it’s amazing that they haven’t been asked so directly sooner. An openly gay man, Thorpe deals with being newly single and wholly insecure by asking his friends, family members and fellow homosexual celebs like David Sedaris, Dan Savage and Margaret Cho the following question: why do gay men talk with such a distinctly effeminate voice?

Playful and lighthearted, Do I Sound Gay? benefits greatly from Thorpe’s charismatically self-deprecating personality. Whereas other documentarians would’ve taken a scholarly approach and had a roster of psychologists analyze the high-pitched and womanly vocal delivery, Thorpe gets at the issue by cracking honesty-fueled jokes with his also gay buddies. Though he doesn’t get too definitive with his revelations, Thorpe uses his own realizations about how his voice’s “gayness” has changed per environments to lightly touch on how gay men and women in general deal with living in a judgmental society.

Considering the monumental leaps towards equality that have happened in recent weeks, Do I Sound Gay? feels like the necessary start to a larger, much-needed conversation.

As Comic-Con gets underway, expect tons of news about Ben Affleck’s Batman and next year’s Batman vs. Superman: Dawn of Justice throughout the weekend, if not also some fresh looks at Affleck’s Caped Crusader looking like he just sat through a Salo marathon. By design, the Bruce Wayne/Batman story is pretty bleak, with his parents being murdered in front of him, Gotham City feeling like a crime-ridden cesspool and Batman’s general I-hate-everyone disposition. But that doesn’t mean his world always needs to be such a downer.

Just look at what Tim Burton did with his two Bat films, especially the second one, Batman Returns. In a clever bit of Comic-Con-minded programming, the IFC Center will host a pair of midnight screenings of Burton’s 1992 superhero blockbuster, which, in our post-Christopher-Nolan DC Comics cinema landscape, feels even more singular than ever before. The colors pop, the score and overall energy are vibrant, Michael Keaton’s mild-mannered Batman doesn’t talk like he’s ingested a bunch of rocks and the villains—Michelle Pfeiffer as Catwoman and Danny DeVito as the Penguin—are just the right balance of camp and menace to give Burton’s version of Gotham a distinctly comic-book-like vibe.

Batman Returns comes from a time when “DC Comics on the big screen” didn’t immediately equal “downbeat.” In a way, it’s a precursor to the fun-over-gloom attitude that DC’s rival Marvel has nailed with its current Avengers lineup.

Before seeing Judd Apatow and Amy Schumer's Trainwreck, get reacquainted with the former's comic genius...
Film Society of Lincoln Center's "I Found This Funny: The Comedy World of Judd Apatow"

Looking to laugh but through actual words, instead of, well, whatever the hell those little Minions characters consider their "language"? Then make Lincoln Center’s cozy Walter Reade Theater your temporary new home this weekend. The Film Society will honor next week’s release of comedy super-producer and director Judd Apatow's latest film, the Amy Schumer-led Trainwreck, by showing everything he’s made to date, plus a few of Apatow’s handpicked personal old-school favorites.

Here’s your chance to hear Steve Carell’s "Ho, fo sho" quotable on the big screen rather than through your played-to-death DVD copy of The 40 Year Old Virgin, not to mention the rare opportunity to hang out with Superbad’s McLovin in a theater and catch contact highs from the “"dopest dope" James Franco’s "ever smoked" in Pineapple Express. You’ll also be able to see where Apatow’s sensibilities originate from via a trio of comedy classics from Hal Ashby, who’s one of Apatow’s biggest influences.

Where to see it: All screenings will take place at the Walter Reade Theater, 165 West 65th Street, between Broadway and Amsterdam: 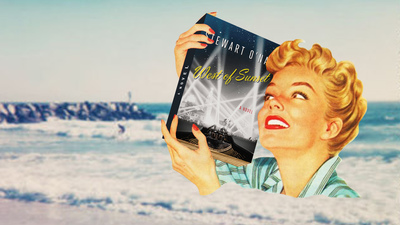 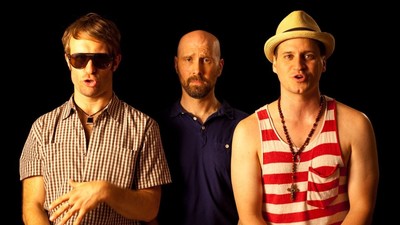