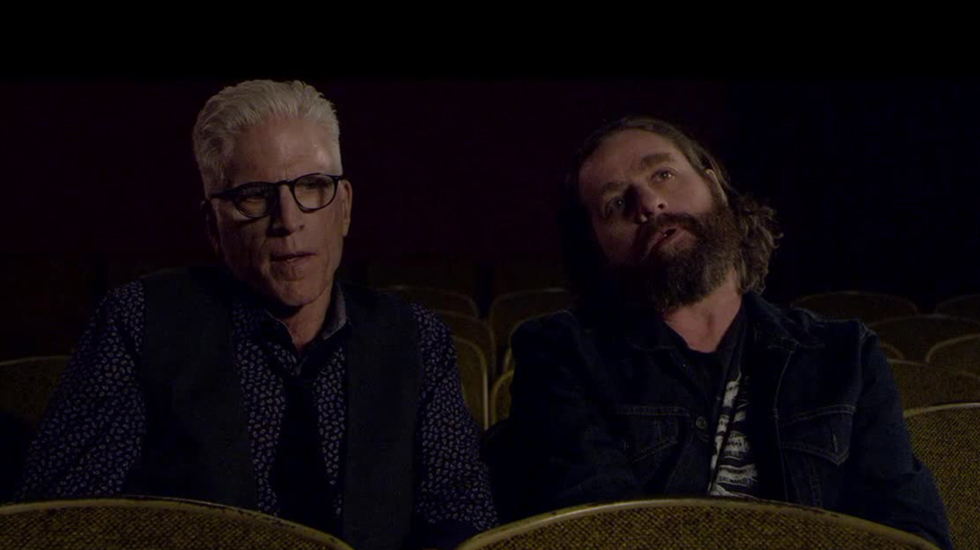 BY Karen Kemmerle
Tom and Matt Berninger help Zach Galifianakis and Ted Danson adapt ‘Mistaken For Strangers’ for the stage in this hilarious Funny or Die video.

After I interviewed the president, I was looking for something different.

We’ve always thought Mistaken For Strangers was ripe for the stage, but apparently, we weren’t the only ones! Bored to Death co-stars Zach Galifianakis and Ted Danson enlisted Mistaken for Strangers stars Tom and Matt Berninger to help them get the video take-off just right.

Galifianakis and Danson recreate some of the most memorable scenes from the film, including Matt Berninger’s infamous stage-to-crowd walk as Tom trails behind him with the microphone cord. After watching this video, you’ll wish that Mistaken For Strangers: The Play was opening on Broadway for real!