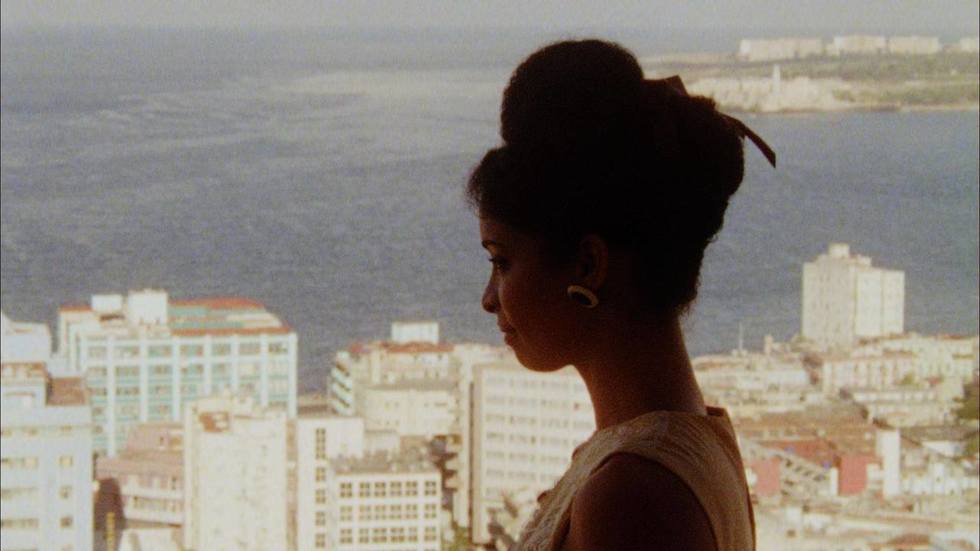 BY Melina Gills
With the recent thawing of U.S.-Cuban relations, more filmmakers are looking to shoot in Cuba. Here, we explore this new cultural-political landscape with filmmaker Ben Chace, whose film SIN ALAS was shot in Havana with a local cast and crew.

In 2015, President Barack Obama announced plans to improve relations with Cuba. Those efforts led to the lifting of a U.S. embargo against the Caribbean nation that had been instituted in 1962. For some, the announcement signaled increased opportunities for U.S. film production in Cuba.


And American filmmakers haven't wasted any time. The New York Times published an article in March chronicling the progress, citing House of Lies as one of the first examples of a U.S. series shooting in Havana. (In the Times piece, Cuban producer Oscar Ernesto Ortega says, "There isn't a day that I'm not meeting with a potential client from the United States.") On the movie front, two new releases are amplifying the momentum. The first is Papa: Hemingway in Cuba, an English-language film released theatrically last week; it's the first studio-backed feature shot in Cuba, with the government's permission, in over 50 years. But it's also a critical punching bag; The Guardian, for one, called it "a complete, mortifying embarrassment."

The second, fortunately, is a critical darling. Sin Alas, an "experimental documentary" directed by Brooklyn resident Ben Chace, one-ups Papa: Hemingway in Cuba's trailblazing nature: It's the first non-studio American film made in Cuba in 50+ years. Chace's film, which opened earlier this week at New York City's Metrograph theater, follows Luis Vargas (Carlos Padron), an elderly man haunted by memories of a dancer (Yulisleyvís Rodriguez) with whom he once had an affair as a young journalist remaining in Cuba during the revolution, despite his upper-class parents fleeing to Miami. While following a script and featuring professional actors, Sin Alas was shot on location in Havana and contains documentary-style scenes, including one in which local non-actors are shot sacrificing a rooster in a religious ceremony.

Chace pursued Sin Alas despite never receiving legal approval by the U.S. government. "It was a risk," he says. "At the time, it was challenging because it was technically illegal and difficult to find investors." Given the recent thawing of relations that began during the film's production, though, legal repercussions are unlikely. "I don't think Obama would want to penalize anyone for trying to create cultural ties to Cuba," reasons Chace.


Apart from a few imported crew members, including the fantastic cinematographer Sean Price Williams (Heaven Knows What), Sin Alas was made by a local team: a Havana-based casting director (Libia Batista) and all-Cuban cast, as well as a Cuban composer (Aruan Ortiz), assistant director (Tane Martinez), and art director (Vivian del Valle). The key for Chace was to slowly immerse himself in the community, in order to both meet the right artists and gain an authentic sense of time and place. "Cuba is a difficult landscape that defies American logic," says Chace. "You have to spend the time to understand the history and complex and overlapping realities existing simultaneously.”

As a child, Chace was introduced to Cuban music by his father, and several years ago, he finally traveled to Cuba to accompany his friend on a "discovery mission." He ended up making a short documentary, 2009's La Mitad, centered on that friend, who had been raised in the U.S. by a father who had fled Cuba after the revolution. After that experience, Chace was itching to make a feature-length film embedded in Cuban culture and history. Once he finalized the idea behind Sin Alas, he didn't hesitate to make it happen. "As soon as the gates were lifted and Americans could go in there and open up shop, you worry that the uniqueness of a place will disappear," says Chace. "I was in a position to go shoot this film that maybe no one else could. I knew people down there who could help me make it, I knew Spanish, and I knew how to shoot in a really low-budget, discrete way that a big Hollywood movie wouldn't accomplish."

In order to secure approval from the Cuban government and local investors, Chace wrote a politically ambiguous script that he could later expand upon to explore a range of thematic interests. He decided to adapt one of the celebrated Argentine author Jorge Luis Borges' short stories, titled "El Zahir," which provided an intellectual blueprint for how he would navigate Havana's complex political and historical terrain. "When you go to Cuba as a visitor, it's such a labyrinth," says Chace. "There are so many overlapping realities and contradictions and dynamics rooted in history that are not right on the surface. You have to dig in deeper and figure out what’s going on. Borges is famous for his labyrinths, and I thought I could adapt one of his texts to put down there."

"I ended up diverging from ["El Zahir"]," adds Chace, "but it was helpful to have a text that wasn't clearly political. On a government level, there's enmity towards Americans. You have to submit your screenplay for approval, and you have to go around and convince people to work with you. People want to work with foreigners because of the financial benefits, but they’re also skeptical about how foreigners are representing Cuba. It's a complicated landscape. The dynamics are always changing in terms of what is allowed regarding criticisms of the system."

Those dynamics are rooted in a rich cinematic history. In the 1960s, Cuban film, which was largely funded by the Cuban Institute of Cinematographic Art and Industry (ICAIC), was fearlessly galvanizing. Chace's personal favorite from that era is Tomás Gutiérrez Alea's Memories of Underdevelopment (1968), which transcends the doc/fiction divide with a mysterious and touching portrait of a bourgeois-type film producer adjusting to a post-revolution society. In his 1961 speech "Words to the Intellectuals," Fidel Castro said that "a revolution is a historical process," voicing a mentality that Alea's film embodies with its criticism of existing conditions, indictment of a man selfishly clinging to a privileged past, and optimistic hints of a better future.

The country's political climate has always been similarly formative. One of the most celebrated creative results of the former Soviet-Cuban economic alliance, which lasted from 1959 through 1991, was 1964's Soy Cuba, directed by Soviet filmmaker Mikhail Kalatov. The film features visually astonishing vignettes of Cuban life, shot with a local cast and crew. (Soy Cuba wasn't released in American until 1995, with support from Martin Scorsese and Francis Ford Coppola.) Since the disappearance of state funds after the fall of the Soviet Union, however, film production has been in decline. Local filmmakers are banking on the increased opportunities of foreign collaborations to revitalize the industry. However, there's also a fear of local filmmaking and artistic ambitions being overshadowed by parasitic international corporate interests.

The hope is that, as Chace suggests, U.S. filmmakers go to Cuba in search of truly synergetic projects. "The story of Cuba is the story of many different generations," he says. "The original revolutionary generation's experience is totally different than the people who were kids at the time. I had an incredible time getting to know people and understanding how it works. The Cuban Revolution was based on an idealistic mission; over the years, cynicism and failures have been wrapped into that. But there's still positive feeling about the ideals of the revolution. People are still socially minded."

Sin Alas will end its one-week-only run at The Metrograph on Wednesday, May 11. Click here for showtimes and tickets. 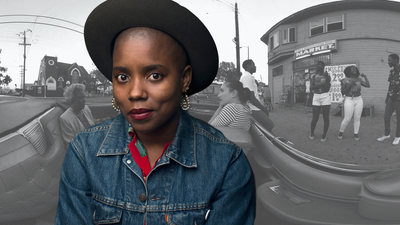 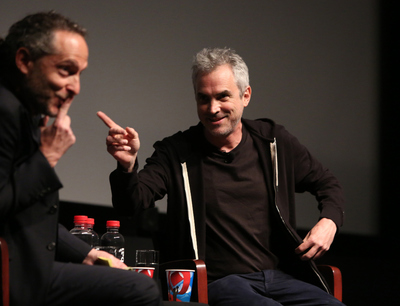