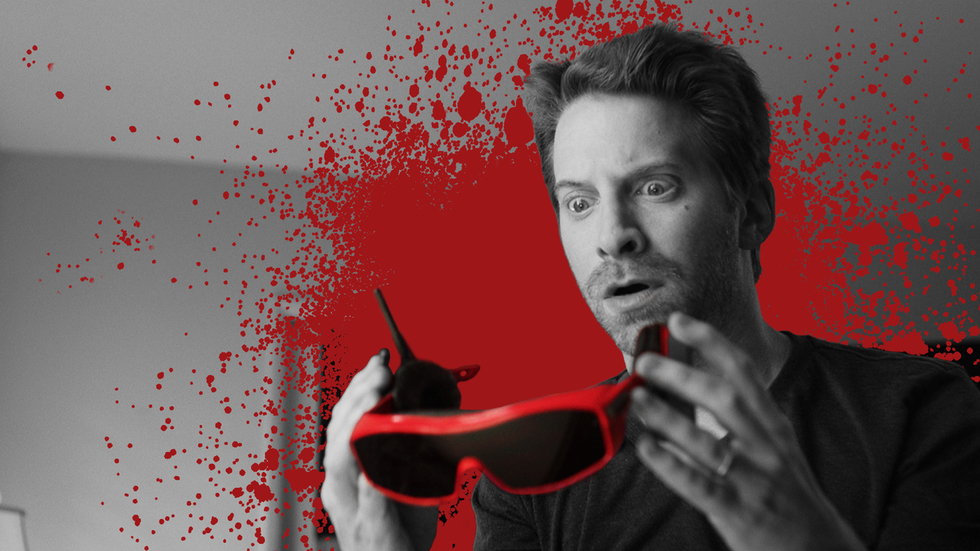 BY Matt Barone
The next big trend in the horror genre? Experiential, scares-in-your-face thrills, as evidenced by two of the new projects in Tribeca's first-ever Virtual Arcade.

Imagine not just watching a horror movie but also being able to navigate throughout the film's creepy, ghouls-around-every-corner settings with a first-person POV of "found-footage" and the blood-splattering-over-your-eyeballs, dodging-the-killer's-knife physical sensations of 3D. That combination of sensations is what virtual reality brings to horror.


So far, the genre's VR experiments have been smaller in scale. Google Play is loaded with options: 11:57 drops users in the middle of a supernatural freakshow; in Black Mass, you wake up in a ramshackle garage, after being drugged, right before occultist insanity gets unleashed; and in Catatonic, the best of Google Play's horror VR, you're strapped to a chair inside the world's least-helpful mental institution. On a larger scale, low-budget horror producer Jason Blum and his Blumhouse Productions tested the technology's prospects last year through the Paranormal Activity and Insidious franchises, with complementary VR projects tied to Paranormal Activity: The Ghost Dimension and Insidious: Chapter 3.

At this year's Tribeca Film Festival, virtual scares will be bigger than ever. Two of the world-premiering projects in the first-ever Virtual Arcade, which will be found inside the Tribeca Festival Hub, are pushing the genre's VR capabilities in ways that are both next-level and classically minded.

Anthony C. Ferrante, the director behind all three of Syfy's Sharknado movies, has channeled the overboard gore and Sam-Raimi-minded horror from the '80s with Killer Deal. Ian Ziering (Ferrante's Sharknado leading man) plays a machete salesman who, after making a big sale, returns to his hotel room, crosses paths with an "unwanted visitor," and puts his for-sale product to use, placing the viewers directly in the "splash zone." If you've ever wondered what Tom Savini's amazing machete-to-the-head reverse shot gag in George Romero's Dawn of the Dead (1978) would look like in a virtual world, Killer Deal was made for you. "We went back to some old-school techniques and in-camera tricks," says Ferrante. "It's back to the 1980s style of making a horror film. We wanted to be as practical as possible with the visual effects, to give it an old-school feel."
BUY TICKETS HERE

The second Virtual Arcade project comes from Scott Stewart, the director of Priest (2011) and Dark Skies (2013). Titled Holidays: Christmas VR, and connected to the upcoming horror anthology film Holidays, it's straight out of the old E.C. Comics and Creepshow playbooks: Seth Green plays a hapless dad whose son has asked Santa Claus for the latest (fictional) VR headset, called the UVU; on Christmas Eve, a random accident helps daddy acquire the device through nefarious means, and when he tries his son’s new toy out on Christmas morning, it's less "virtual reality" and more "be careful what you wish for, pops." Mostly shot like a traditional film, Christmas switches over to 360 whenever its characters look into the UVU gadget. It's an ambitious merging of techniques that has never been done before. "We call Christmas a 'gateway drug to cinematic VR storytelling,'" says Stewart. "The hope is that people who watch Christmas will think, 'Okay, now I can see how VR storytelling can progress.' And they'll see that horror is a perfect fit."
BUY TICKETS HERE

Here, Ferrante and Stewart break down exactly why that's the case.

Horror, which has always moved in cycles, is ready to get virtual.
"There's something fascinating about stepping into someone's shoes, which VR is good at; it's this idea of empathy, of a true first-person experience, and that works well for the horror genre. It's a great genre for playing around with that you-are-there experience. Horror, suspense, fear, or putting someone in a point-of-view that’s alien to them, it just happens for the viewer in such a visceral way through VR. It's an easy place to go to as a storyteller."

"The horror genre has always been on the frontlines of formal and stylistic innovation. With movies like The Blair Witch Project and Paranormal Activity, and even earlier back with Halloween and Friday the 13th, filmmakers had lower budgets and therefore had to rely on filmmaking techniques to engage an audience; they didn't do it with movie stars, pyrotechnics, and big special effects. Every generation has a movie like those, that has a huge impact on the language of not just horror but also other genres of entertainment. For this generation, that's Paranormal Activity and its 'found-footage' POV technique. VR feels like a natural extension or continuation of those kinds of first-person narrative techniques, the whole found-footage style of horror filmmaking. Found-footage has a first-person, you-are-the-camera-operator quality, so it's an easy leap from there to 360° VR." —Scott Stewart

The technology may be new, but the scare tactics remain the same.
"With horror in 360°, you want people not to look behind them, which they can't do while watching a movie; they're limited to whatever the director shows them. VR, though, gives them the freedom do that. For Killer Deal, we created a painting on a wall in the hotel room, and the idea with that is, about halfway through the project, when the shit starts hitting the fan, you turn around and the painting has changed—something's happened to the painting. As a horror viewer, you're going, 'Oh, crap! What's gonna happen next?' The fun thing with VR is pushing yourself to do more than just misdirection, jump-scares, and having something jump out and go, 'Boo!'"

"My daughter is obsessed with this app called Five Night's at Freddy's. It's not just a role-playing game; you're looking through different monitors, and you have to put a flashlight onto them before something jumps out at you. In a way, it's kind of like an offshoot of this VR world. It's so simple, and it terrifies her and her friends, which is so fascinating to me. When we were doing Killer Deal, I kept that in the back of my mind. You can use the same techniques that you'd use in a horror film, like shadows, and the anxiety and dread that come from asking yourself, 'What's in the closet?!'" —Anthony C. Ferrante

In virtual reality, the psychology of fear is uncharted terrain.
"There's a strong sense of vulnerability when you're experiencing something in VR, especially with horror. You feel like you're in this new, unfamiliar, 360 place, and because of that, you don't know where something is going to happen. It's like standing in the middle of a scene with Freddy Krueger, Michael Myers, or Jason Voorhees—where are they going to pop out? That’s the kind of stuff that works so well with horror. The best horror films play on that feeling of, 'There's something in the closet, so don't go in the closet!’ In Killer Deal, we establish that there's something in the room; we have Ian go over to the closet door and stick his head into the closet, and as a viewer, you're saying, 'Don't do that! Don't put your head in the closet!' That's what you want the viewer to be thinking, and they’re unable to touch him to make him stop, even though he’s right there in front of them, up close and personal."

"The person using the VR headset isn't the actual person who's in the hotel room and fighting the monster—he or she is just observing everything that’s happening. As a filmmaker, you can play with people coming up to the camera, and find ways to make that effective without breaking the fourth wall, where the character is essentially winking at you—that'd ruin the VR experience if you're trying to tell a legitimate narrative. But you can figure out clever ways to still have an interaction between the viewer and the VR film's character. There's a moment in Killer Deal where Ian is crawling away from something, and you have him come right up to the camera and look up without it being a thing where he acknowledges you, the viewer." —Anthony C. Ferrante

"There's something about having a headset on—you suddenly can’t feel your own environment, and you're in an entirely new environment. There's a part in people's brains where that makes them feel more vulnerable than when they're sitting in a movie theater or in their house at night watching a movie. You can imagine sitting in your house at night watching a scary movie and you hear a noise in the house, something you can’t explain—suddenly, the movie gets scarier and feels more visceral. So imagine taking that one step further when you’re watching it in VR, where the audio is special, and there’s a sudden noise behind you." —Scott Stewart

"One of the issues people have with VR is that if you do too much of it at once, or if you're watching a really long VR film, you can start to feel nauseous. But that can actually be an advantage with horror, as long as you handle it the right way. There's a moment in [Christmas] where you're in the point-of-view of a body lying on a slab in the morgue, in cold storage. You're looking at the medical examiners looking down at your body, and you can see your own body and the autopsy scars, and then you get pushed into the cold storage. Movement like that in VR can be a bit nausea-inducing, but that felt right in this story's context. It's brief, but it should make you feel a little sick to your stomach—you're being pushed into a refrigerator because you're dead. That feeling is something we'd try to stay away from if we were making a longer piece, but it actually works to our advantage in a short horror piece."

"I've had experiences before where you really feel like you need to take the headset off, which isn't doing anybody any good. That's not a good experience. We have no desire to make our audiences feel physically uncomfortable to the degree at which they can't continue to enjoy the story. And that's part of the overall experiment with VR—what's a good button to push? What's a good visceral reaction? And what pushes it too far and will trigger a bad reaction? VR, whether it's horror or whatever other genre, is still a delicate balancing act for filmmakers, because there aren't any rules yet." —Scott Stewart 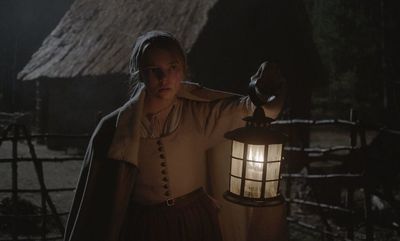 Film|ARTICLE
Beware THE WITCH: This New, Satan-Approved Horror Classic Will Seriously Mess You Up
BY Matt Barone 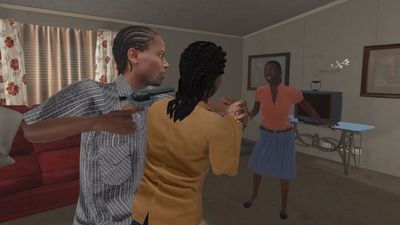 Culture|ARTICLE
Interactive Social Action: How Virtual Reality is Being Used to Educate and Empathize
BY Monica Castillo 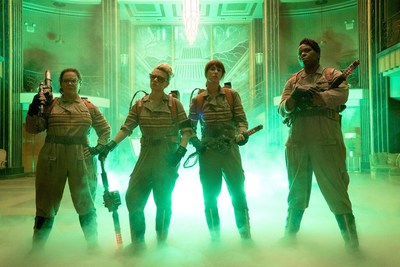