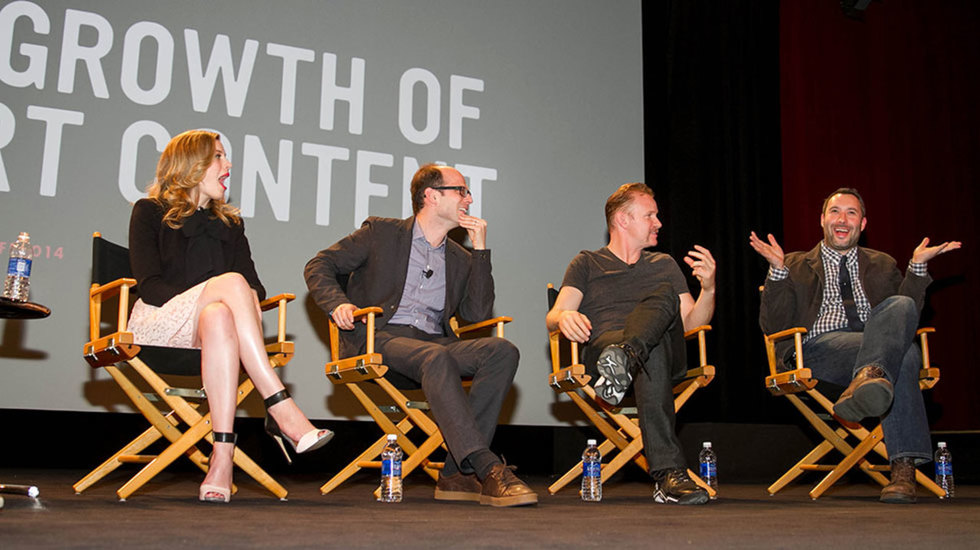 How do today’s content creators make a name for themselves in a world where every pair of khakis holds an ever-connected computer-TV? How can one rise above the white noise streaming from the glowing rectangles in modern homes with instant access to a unending buffet of programming? Increasingly, the answer is short content, and over the past few years, the theater of short attention span has exploded. For both consumers and creators looking for a quick hit from the entertainment pipe, there has never been more of this “snackable content” available.

“If I can imagine Ira Glass introduc[ing] it, it feels like something we should be doing as a short.”

This past Saturday, Vimeo’s Greg Clayman moderated a panel that included filmmaker Morgan Spurlock, Community actress Gillian Jacobs, ESPN and “30 for 30’s” Dan Silver, and NY Times Op-Ed Doc Producer and Curator Jason Spingarn-Koff. Over the course of the discussion, these content creators discussed the rise of short content, focusing on the unique advantages and challenges that arise in this constantly evolving production and distribution landscape.

Both Mr. Spurlock and Mr. Silver stressed the importance of context — the eventual length of a project should be determined by what the story requires. “There are stories that are made to be feature length movies…and then there are stories that are perfect in a 3-5 minute segment and that’s where that story should live,” said Mr. Spurlock. “You shouldn’t stretch things longer than they need to be." Mr. Silver cited a recent “30 for 30” short that told the story of Wilt Chamberlain’s time as a bellhop at a resort in the Catskills during the 1950’s. “If I can imagine Ira Glass introduc[ing] it, it feels like something we should be doing as a short.”

The mutation of traditional media was another key theme. “This other work has come more from TV now going online,” said Mr. Spingarn-Koff. “For us it’s a newspaper going online — what should the opinion section of the NY Times do with video? Let’s create a forum for filmmakers to have an audience that cares about meaningful, provocative work. We can show our readers what the NY Times can be in this era.”

Ms. Jacobs previewed and discussed Tiny Commando, a comedy short that she recently appeared in alongside Ed Helms, Zachary Levi and other high profile actors. The more DIY nature of such productions and the freedom that comes from not having to navigate the politics of network or studio notes allows filmmakers and actors to make the films that they want to make. “That’s the sort of thing I want to do,” said Ms. Jacobs. Though that does not come without caveats. In Mr. Silver’s opinion it’s often more challenging to create a truly successful short piece “because you don’t have anywhere to hide. It’s really about figuring out exactly what you want to tell — and having everything in your piece truly serve that.”

“I don’t think anyone should have delusions about making a 5 minute video and getting rich off it."

Access and exposure came up repeatedly. The panelists acknowledged the fact that while it may indeed be possible for anyone to post their shorts online, there still needs to be some sort of curation process through tastemakers that audiences can turn to for assurance that the content they’re choosing to watch is high quality. Ms. Jacobs brought up the Youtube comedy network Jash, while everyone agreed that having your piece picked up by more mainstream sites like Upworthy or Buzzfeed is one of the few ways to guarantee viewers. As online content and distribution moves towards a new hierarchy, even though it may seem be more flexible and accessible, could things end up mirroring the big network / cable / studio gatekeepers of the current TV and film industry?

A few other choice quotes from the afternoon:

Mr. Spurlock on the real-world pragmatism that content creators need to remember: “From the minute we have an idea, we’re already thinking about where this can go. You can’t just come up with an idea and then just ‘take it out.’ You have to have a vision about where you want this to live in reality…physically and financially.”

Spingarn-Koff: “I don’t think anyone should have delusions about making a 5 minute video and getting rich off it. I think the opportunity is more to show off what you’re capable of doing.”

Mr. Silver: “When you’re dealing with the internet, it’s infinite. It keeps everyone on their toes, which is challenging. But the challenge is great. So challenge me.” 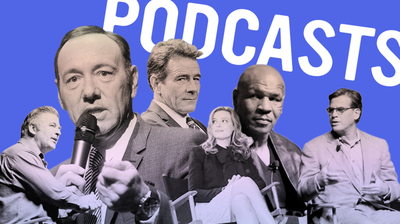 Festival|ARTICLE
PODCASTS: Listen to the TFF 2014 Talks Right Here!
BY The Editors 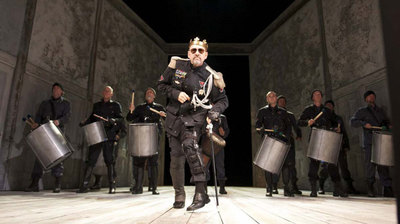 Culture|ARTICLE
Racking Focus: Are Theater and Film About to Collide?
BY Zachary Wigon 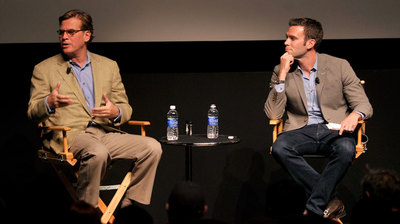 Festival|ARTICLE
VIDEO: Aaron Sorkin On the Dark Side of Twitter
BY Olivia Armstrong