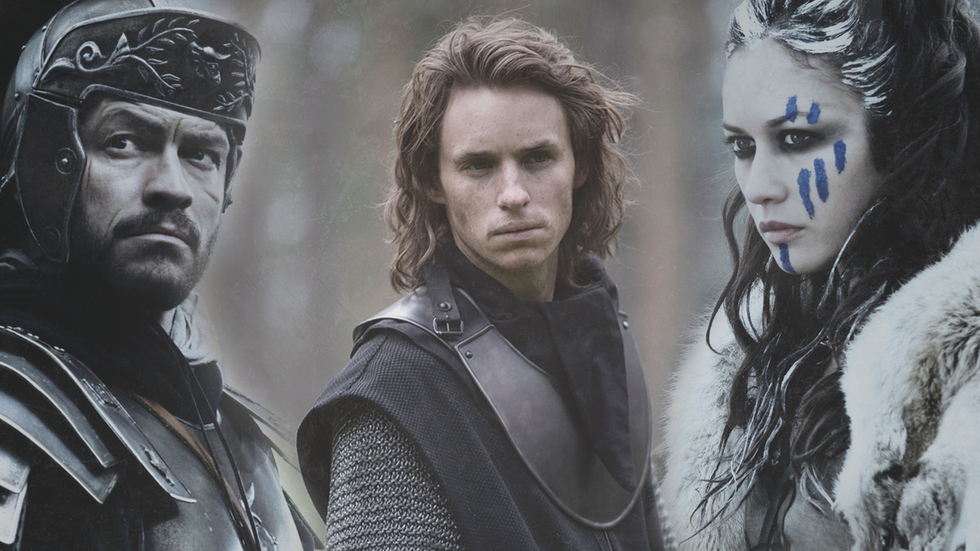 BY Matt Barone
Keep the Starky mood going all throughout the week with these like-minded films, which are streaming online and feature GAME OF THRONES cast members Sean Bean, Peter Dinklage, and more.

For the millions of people who are all about #DemThrones, the six-day struggle is real once it's 10 p.m. EST on Sunday nights.

When the latest Game of Thrones episode concludes on HBO, fans of George R.R. Martin's expansive, fantasy-by-way-of-medieval universe are forced to wait another week before returning to Winterfell, Westeros, and every other one of the show's fictional kingdoms, which can be hell. Especially since this current season has been on fire while also doing something its previous five seasons couldn't: It's giving Thrones lovers stories and character arcs that can’t be spoiled by online Wiki searches, since it's the first year in which the show has officially lapped Martin's ongoing book series. So the thirst to find out what's on deck for Jon Snow, Arya "No One" Stark, Daenerys, Tyrion, and their dozens of other cohorts is heavier than ever before.

That’s why we're here to be your own personal Brienne of Tarth. To help occupy those six long days in between new Game of Thrones episode, we’ve put together the following list of indie movies that are available to stream online and that capture the hit HBO drama’s vibes in distinctly awesome ways. The struggle is definitely real, but at least it's now also manageable.

It’s Ned Stark vs. Melisandre, and, not unlike Game of Thrones, it’s bleak as all hell.

Five years before premiering the crime-noir thriller Detour at Tribeca 2016, British genre filmmaker Christopher Smith brought hell down upon art-house cinemas with the religiously grim Black Death, led by a couple of Game of Thrones actors. Set in 1348, at the height of the widespread "Black Death" plague, this heavy-as-sin film stars Sean Bean, a.k.a. GoT's late Ned, as a knight who leads a group of fellow sword-carriers and a young monk (future Oscar winner Eddie Redmayne) into a mysterious village where a necromancer (Carice van Houten, a.k.a. GoT’s "Red Woman") is supposedly bringing folks back from the dead.

Bean and van Houten's characters echo their Thrones roles almost exactly, especially the latter's now-typecasting as enigmatic women who can resurrect the deceased. Structured a bit like Joseph Conrad's Heart of Darkness, Black Death certainly lives up to Conrad’s story's title. Without spoiling anything, just know that Bean's team's mission goes horribly awry as Smith challenges faith, higher powers, and the potentially lose-lose nature of religion—with images like a man’s body being ripped in half to convey his cynicism.

When Game of Thrones' producers need an episode to be an action movie on steroids, they call director Neil Marshall, the British genre master who’s best known on the big screen as the genius behind the 2005 modern-day horror classic The Descent. Marshall directed GoT’s two biggest and most action-filled hours to date: "Blackwater" and "The Watchers on the Wall," the latter giving him an Emmy nomination for Outstanding Directing for a Drama Series.

While GoT's creators most likely also love The Descent, it’s Marshall's two subsequent films that definitely sent the showrunners in his direction. With 2008’s Doomsday, Marshall delivered a blood-and-guts, balls-to-the-wall homage to John Carpenter and the 1980s, but with Centurion, he worked much more squarely in the Thrones wheelhouse. A pre-superstar Michael Fassbender plays a 2nd century Roman soldier on the run from swarms of Pict tribesmen. With its brutal violence, viscera-dripping swords, and badass warrior women, Centurion covers all of GoT fans' desired superficial thrills except for fire-breathing dragons.

Centurion is currently streaming on Netflix.

As fans of Drive and Only God Forgives can attest to, iconoclastic genre filmmaker Nicolas Winding Refn's movies aren't exactly plot-driven, and there’s no more on-the-nose example of the Danish director's style-over-substance charms than Valhalla Rising.

Starring the almighty Mads Mikkelsen, it's a Viking adventure without the things that people expect from adventures—like, you know, big action sequences, fun thrills, and/or plucky sidekicks. Instead, Valhalla Rising moves at a calculatedly glacial pace and brims with gorgeous, if not also dour, imagery, the most striking of which is a slow-motion scene set inside a Viking ship that could double as a Night's Watch member's worst drug-induced nightmare.

The epitome of an "acquired taste," Valhalla Rising, is a surrealistic 90-minute tone poem about masculinity that feels like what would happen if Game of Thrones’ makers ever asked Werner Herzog to direct an episode.

Chances are, Knights of Badassdom director Joe Lynch would prefer that you don't watch this one. Widely covered on his weekly Geek Nation podcast, The Movie Crypt (which is an awesome listen for aspiring filmmakers and genre fans alike), Lynch’s behind-the-scenes experience was, to put it lightly, traumatic, riddled with producer interference, a bungled release, and ultimately people seeing a cut that he doesn’t approve. If it’s any consolation for Lynch, though, even in its butchered state, Knights of Badassdom is a lot of fun.

The compromised film’s pleasures largely come from its totally game cast. True Blood breakout Ryan Kwanten, character actor Steve Zahn, and Game of Thrones mini stud Peter Dinklage plays three friends who love to act out their Dungeons & Dragons obsessions via LARPing (or Live Action Role-Play), but who unwittingly summon demons and monsters while doing so. Specifically through Dinklage, Knights of Badassdom has moments where it’s like a live-action MAD magazine riff on Game of Thrones' current season's "Tyrion befriends Daenerys' dragons" subplot. And with Dinklage hilariously hamming it up for Lynch, it’s also comparable to an earnestly made, GoT-lampooning Funny or Die skit.

Knights of Badassdom is currently streaming on Netflix.

With its cast of approximately 9,000 principal actors, Game of Thrones has its undeniable marquee stars, like Peter Dinklage, Kit Harington, Maisie Williams, and Emilia Clarke, but the show's ever-reliable supporting players are often its beating heart. A prime example is Liam Cunningham, the veteran Irish actor who plays the stoic Davos Seaworth, who’s currently at the center of the Melisandre/Jon Snow hoopla. He's been on Thrones since its second season, diligently being an assist-man for more universally celebrated co-stars like Harington, Carice van Houten, and Stephen Dillane. Call him the show's John Stockton.

In last year's underrated Irish horror flick Let Us Prey, Cunningham had the chance to be Karl Malone, and he kills it. Mostly set inside a police station, Let Us Prey is John Carpenter’s Assault on Precinct 13 splashed with occultism and splatter movie violence. The man also known as Davos plays an arcane prisoner who's a rookie cop's (Pollyanna McIntosh) only ally when Satan's reckoning comes down upon a small group of jail-confined sinners.

Let Us Prey is currently streaming on Netflix. 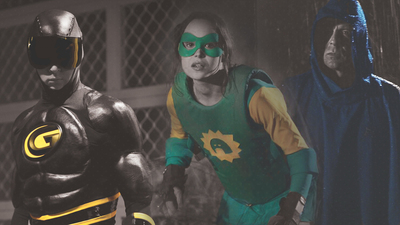 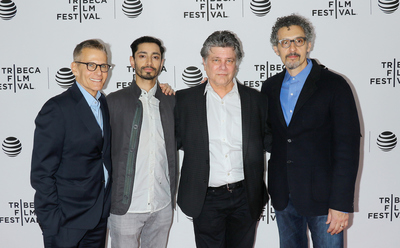 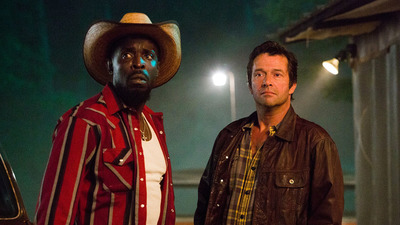 Arts & Culture|ARTICLE
He May Not Be a Movie Star Yet, But Michael K. Williams Remains One of TV's Best Actors With HAP AND LEONARD
BY Matt Barone