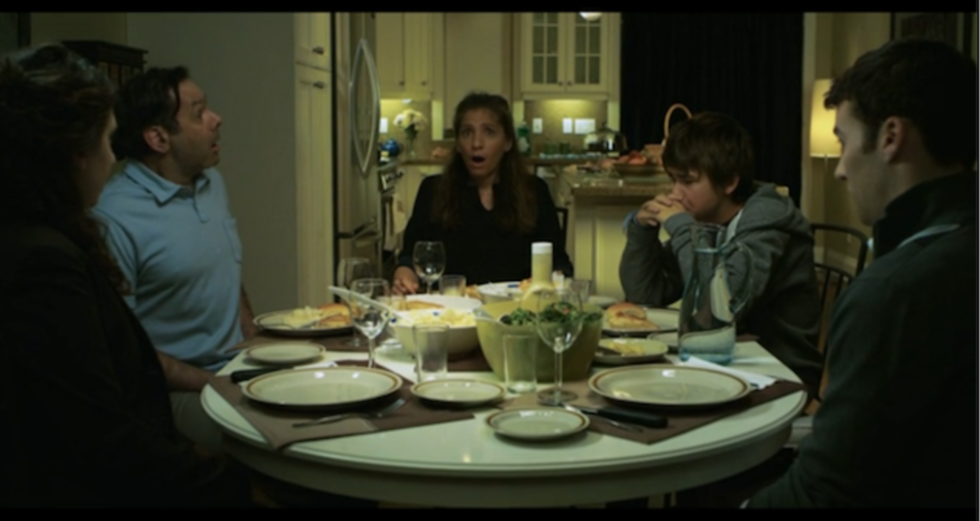 Monday Short: 'Family First,' A Twisted Tale of the Family Gathering From Hell

BY Sharon Badal
The next film in our Monday Shorts series, curated by TFF Head of Shorts Programming Sharon Badal, is 'Family First' by Chris Hanratty, in which the filmmaker reminds us about the stress of going home for the holidays.

Every Monday, TFF Head of Shorts Programming Sharon Badal shares a short film that she thinks deserves a bigger audience. This week: Thanksgiving is a time for family gatherings, so here’s a twisted little tale about family approval and the blindness of love. Set the table for some serious dysfunction.

About the Filmmaker: Chris Hanratty is a filmmaker and theatre director. His short films have screened at numerous film festivals including Palm Springs International Short Fest and the TRIBECA Film Festival. He recently completed his third short, Robert’s Circle, and is currently working on his first feature. Chris is artistic director of UnSpun Theatre.