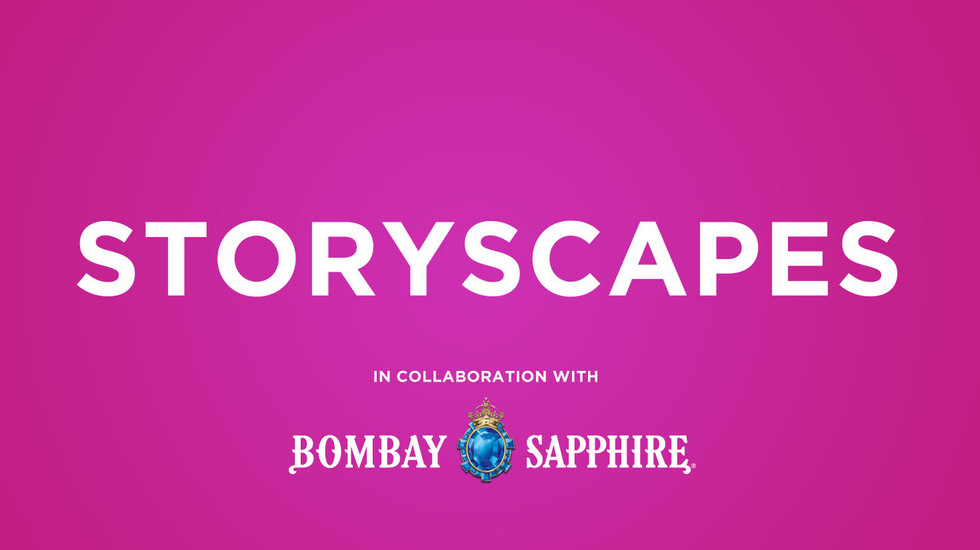 Interact With Storyscapes at the BOMBAY SAPPHIRE® House of Imagination

BY Jennifer Mills
Let's take a look at the five amazing interactive projects honored by the BOMBAY SAPPHIRE® Storyscapes Award for Transmedia, which will be exhibited in Tribeca from April 18 - 21.

This year, for the first time ever, BOMBAY SAPPHIRE® Gin is teaming up with TFF to recognize new strides in the field of transmedia -- a term used to describe artists that approach film from a web-based or cross-media perspective, often with an interactive element. The Bombay Sapphire House of Imagination (121 Varick Street, 7th Floor) will play host to five of these striking projects as part of the BOMBAY SAPPHIRE® Storyscapes Award for Transmedia from April 18 -21. Pre-register here! (21+, ID required.)

The projects will also be accessible on the Tribeca Online Festival page once the festival kicks off, in case you miss out on their in-person New York debut. Here's a closer look at the five projects selected for this exhibition, make sure to see them up close and personal! (You can learn more about the origins of this collaboration here.)

A Journal of Insomnia

Bruno Choinière, Philippe Lambert, Guillaume Braun, and Thibaut Duverneix take the isolating world of the insomniac and create a community using hundreds of personal confessions from afflicted people. The videos have been compiled into a towering interactive surface which brings attention to the widespread issue of insomnia and confronts the viewers with it's reality.

Artist-Engineers Alexander Reben and Brent Hoff bring us Robots in Residence, a new experience of documentary, as told by Cubie, the adorable cardboard robot whose camera captures surprising, emotional moments. Five of the robots will be roaming the exhibition, interviewing spectators, and collecting footage for a documentary that will be edited and shown at the end of the festival.

Utilizing Cowbird, a Pinterest-like multimedia platform, Sandy Storyline aims to create a narrative of the recovery from last November's horrific storm. Audio, photos, and writing combine into snapshots of people helping people in a moving portrait of human kindness. Sandy Storyline was also compiled by community members, making it a crowd-sourced way of storytelling.

No film fandom on earth is quite like that of Star Wars. The film series has inspired spinoffs, comic books, fan fictions, and now: "Star Wars Uncut," a fan-made ode to the film The Empire Strikes Back, reconstructed in fifteen second increments. Overseen by project creator Casey Pugh, fans used every filmic device from stop-motion to legos to re-enactment to capture moments that Pugh and collaborators wove into a full-scale film. If imitation is the sincerest form of flattery, then Star Wars should be blushing.

Did you ever play that game where you and a friend would pass a piece of paper back and forth, adding onto a picture every time the pen was passed? Imagine if you could do that with animation, and that might give you an approximation of "This Exquisite Forest." A co-production of Google and London's Tate Modern, the project allows animators from all walks of life to "branch off" from one another's work to create a fully-imagined digital landscape.

Check out - and interact with - all five of these projects at The Bombay Sapphire House of Imagination (121 Varick Street, 7th Floor) from April 18 - 21.  Once registration is full, walk-ins will be accepted based on availability.