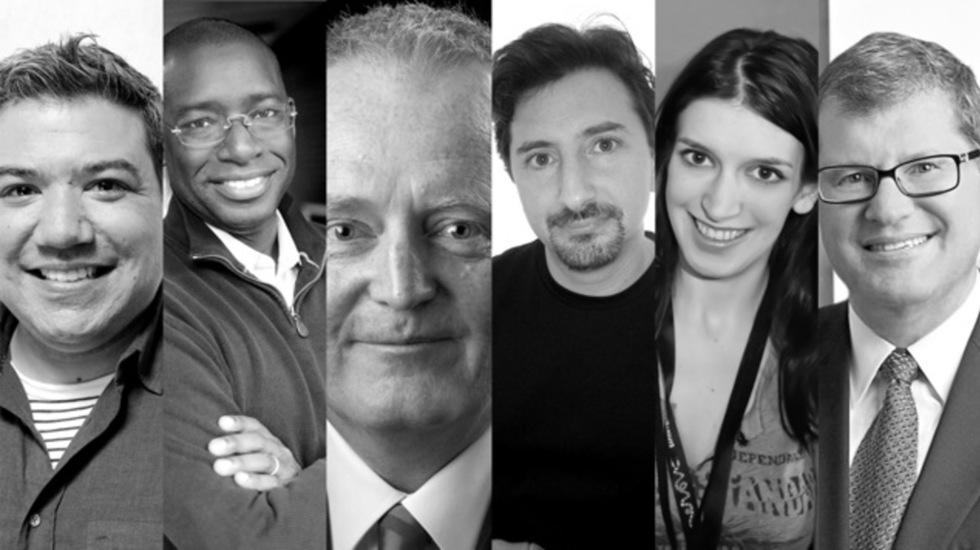 BY Jennifer Mills
Number Crunchers from all aspects of the film industry gave their insights at a TFF panel yesterday. And it got heated! Here are our takeaways.

You, like me, may not be a numbers person. In fact, you may be wondering how important numbers and data are to film as an industry. Here's your answer: VERY, VERY IMPORTANT. Yesterday a panel of experts gathered at SVA to discuss the implications that data-gathering and audience statistics have on film at Tribeca Talks® Industry: Big Data and the Movies. The panel included Jason Kassin, Co-founder and CEO of Filmtrack; Stacy Spikes, Co-founder and CEO of Moviepass; Eugene Hernandez, Director of Digital Strategy for the Film Society of Lincoln Center; Bill Livek, CEO of Rentrak; and Christine Warren, Senior Tech Analyst for Mashable, moderated by SAP Labs SVP/GM of Media Industry Solutions Richard Whittington.

"The consumer 90% of the time is making a decisison at the theater."

​The discussion offered tons of helpful tips for studios and filmmakers, as well as a couple debates. Here's our top business insights from that discussion:

"The technology is going to break down the storytelling, making it more pure in many ways." - Jamie Kassin

This may sound counter-intuitive to many of us, who think that too much attention to statistics and data will tarnish the integrity of the stories and make our filmmakers focus on what people want, over what the filmmakers want to make. And sure, data-driven studios will find comfort in the arms of a Michael Bay-type superfranchise maker, but there are also upsides for consumers. Kassin argues that data will help the form that stories take, using the wildly popular "House of Cards" as an example. "We all binge-watch Netflix stuff," he argued, "Wouldn't it be great if the content creators knew you were doing that, and wrote in that style?"

Hernandez, one of the founders of IndieWire, pointed out that this threat is one of the reasons he chose to leave journalism for programming. His new position at Lincoln Center allows him to "thrive in the world of: 'It's going to be really hard to get an audience,'" a niche which is obviously threatened by too much data coveting.

"It's become expected that you're going to lose a certain amount of privacy and anonymity." - Christine Warren

Beyond the films themselves, data is being picked up on us at all times. How else is Google able to tell that I'm an 18-27 year old woman whose interests include music, film and shopping for band tshirts? It's a little freaky. "They know everything about me and in exchange, I get email, kind of a crappy word processor and some cloud stuff," Warren said. But companies like Netflix and Hulu are using this data to figure out what ads to show you, what films to reccomend. It's a case of Big Brother watching you, while you watch last night's episode of Parks and Rec. on Big Brother.

"The consumer 90% of the time is making a decisison at the theater." - Stacy Spikes

It's not all calculable s the takeaway here. You can target your audience with all the ads and the demographics and statistics, but a lot of the time the consumer might just stumble on your product. Sure you can punch up the movie poster, but it's nice to know that the consumer can stay a little bit in control of what they end up seeing.