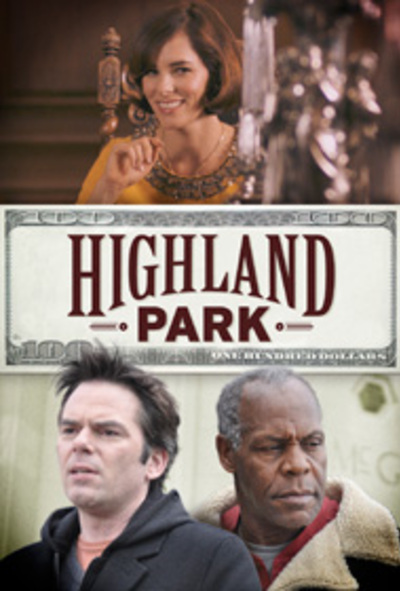 HIGHLAND PARK follows thefortunes of an impoverished city’s high school faculty (Billy Burke – TWILIGHT; Danny Glover – THE ROYAL TENENBAUMS) as budget cuts eliminate most of theirjobs. After decades of an endless downward spiral this close knit groupof friends pools their money and puts their faith in one last luck of the drawfor a record lotto jackpot and a chance to turn their lives around. Emboldened by the possibility of sudden wealth they explore the roots of theircity’s decline, from corruption to the loss of hope and faith in themselves andtheir community. Facing pressure from a ruthlessly ambitious mayor (Parker Posey – PARTY GIRL, BEST IN SHOW, SUBURBIA), against almost insurmountableodds they discover that luck is actually in the eye of the beholder.