Home » Tribeca News » Under The Hood: 'Birdman' and the Compression of Time
View All News

Under The Hood: 'Birdman' and the Compression of Time

What Birdman's structure demonstrates about the connection between compression and tension. 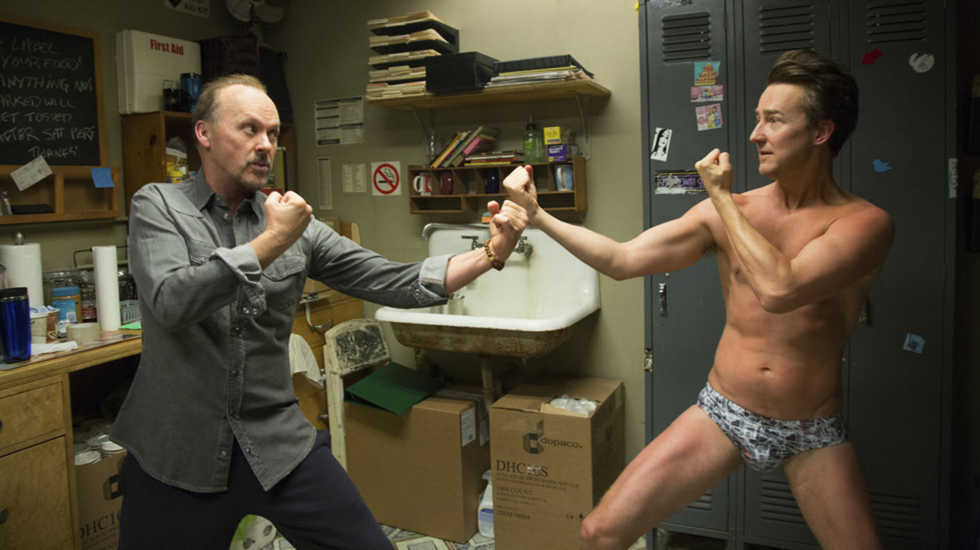 2014 is wrapping itself up, and with last week's column I took a look at one of the year's most critically lauded films, Boyhood, and examined the clever way in which it utilizes the audience to construct a cause-and-effect chain throughout the film's storytelling. This week I'm turning my focus to Birdman, which has - appropriately enough - a storytelling lesson that is pretty much on the complete opposite side of the spectrum from what Boyhood deals with. Boyhood's narrative takeaway is that telling a story over an extremely extended period of time forces the audience into the role of constructing cause-and-effect reasoning: Birdman's narrative takeaway, rather than involving the expansion of time period, derives from the compression of a time period.

Much has been written with respect to the manner in which Birdman has been photographed: the film is constructed to look like one continuous steadicam shot. The film is not all told in one shot (there are hidden edits throughout, done with computer graphics), nor does it take place in real time - it takes place over the course of a few days, with the jumps in time expressed via something akin to time-lapse photography as we go from day to night. Birdman isn't an action movie or a thriller - it's about a has-been Hollywood star mounting his would-be comeback with a Broadway adaptation of Raymond Carver's What We Talk About When We Talk About Love - but it is infused with the tension of a genre film, with the film crackling before our very eyes throughout, as if the images onscreen are about to explode. What infuses a drama about the theater world with such visceral immediacy?

Obviously there are many contributing factors, but the one-take conceit is a huge part of it, and along with that conceit one must consider the fact that Birdman compresses time extremely well. While Birdman is technically set over the course of a few days, due to the fact that it's constructed to feel like one shot, the movie feels like it is taking place in real time, over the course of a two-hour interval. Because the film's narrative is set over a few days, this means that the director, Alejandro Gonzalez Inarritu, is able to pack what feels like two hours of real time storytelling with a disproportionately large amount of drama, since he has the luxury of being able to build up and pay off dramatic situations that occur over a longer time period. Conflicts that build over a number of days are able to form, simmer, and come to a boil as if happening over the course of two hours, which makes their buildup feel exaggeratedly fast, exciting, and, well, dramatic.

It's important to note that every time a film cuts to "later" - whatever "later" is - the audience is given a moment to breathe. Tension diffuses. Things calm down. The movie takes a rest beat. Most movies need these rest beats, these calm periods after a tension-fueled sequence, so that the pacing can slow and the audience can recover before things get heated again. This is, among other reasons, because most films can only top themselves so many times - if one sequence boils to a 5, and the rest sequence brings us down to a 2, the film can make things feel extremely tense if it soon ramps back up to a 6; but if the film doesn't have a rest beat and remains at a 5, going to a 6 isn't going to feel very exciting for the audience - the film has to jump to, say, an 8 or a 10. And most films never get to a 10 on the tension scale.

Birdman, however, does - it would be an extremely tense film even without the one-take, real time-esque conceit - but employing the compression of narrative time in the way that it does allows it to exacerbate that tension even further. An impressive example of how compressing one's narrative can lead to explosive results.