What do Kendrick Lamar and Wiz Khalifa songs tell us about Chris Rock's 'Top Five?' 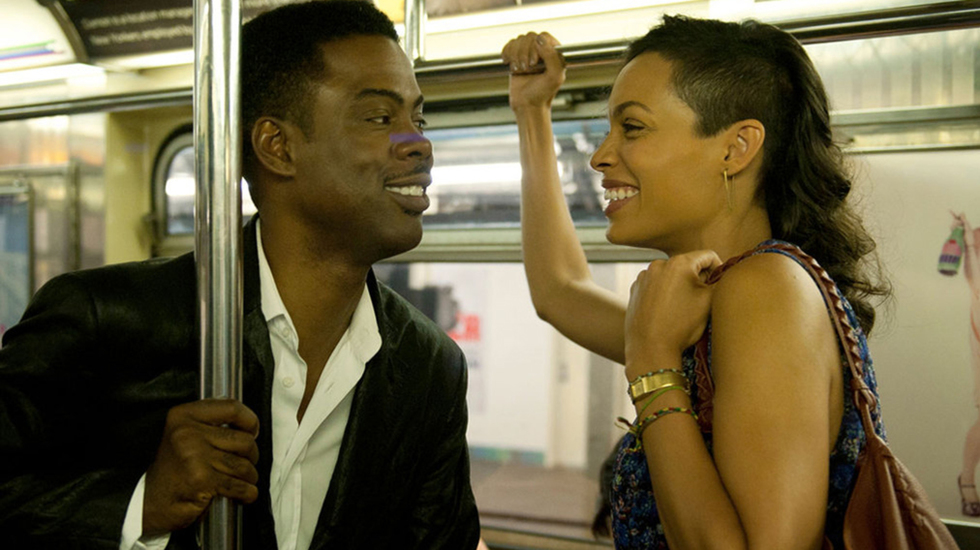 This Week's Trailer: The first look at Top Five, Chris Rock's auteur project (he wrote, directed, and stars) about a mainstream comedian who tries to reinvent himself as a serious actor. At the Toronto International Film Festival, studios made crazy bids for this movie, which also stars Gabrielle Union, Rosario Dawson, and Cedric the Entertainer, making the world's best joke about wooden hangers. Paramount won the day, and it's mounting a limited release on December 5 before going wide on December 12.

What Kind of Tone Do They Set? If you get the rights to the brand new Kendrick Lamar track, then your movie seems cool. He's a really popular rapper, but he's not quite as mainstream as an Iggy Azalea or even a Jay-Z (who's a co-producer on this movie, along with Kanye West). Putting "i" on the soundtrack says, "Listen up: our film is hip and sophisticated. We're listening to stuff that you don't hear at the mall." The same goes for "Work Hard, Play Hard," which was a hit, yes, but wasn't a smash like some other Wiz Khalifa songs. Again, it says the movie is authentic enough to listen to deep cuts. And that vibe runs through the rest of the trailer, too. The sly jokes about LL Cool J and reality television mix with Cedric the Entertainer's broader bits to say, "Our movie is funny, but it's got an insider's point of view."

How Emotional Are They? But here's the interesting thing: The tunes in this trailer are mixed really low. They're not blasting through the speaker, forcing you to notice how hot the beats are or how with-it the movie is. They're mostly just atmospheric background music, which lets the preview emphasize the snappy dialogue and funny performances. To me, that says Top Five is putting substance over style... that it really has something to say, so it wants you to listen.

Will We Associate Them With This Movie? Probably not, but again... that's informative. Because I can totally imagine a version of this trailer that makes the songs much more prominent (and therefore makes the movie seems much less subtle.)

Overall Trailer Tune Effectiveness: I'm sold. If this trailer doesn't need to pummel me with its awesome music, then I'm willing to bet the rest of the film will be just as confident in what it has to say.