On April 25th, 2929 Entertainment's Todd Wagner sat down with The Verge's EIC Joshua Topolsky to talk about the future of the film business. Here's the lively conversation that ensued, and clips of our favorite moments. 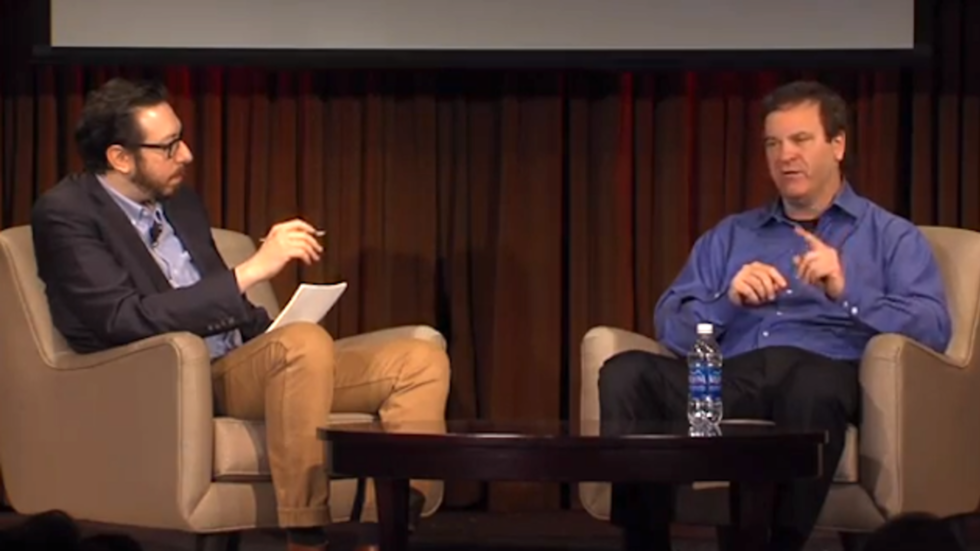 Joshua Topolsky (EIC of The Verge) sat down with 2929 Entertainment's Co-Owner, Todd Wagner (the 2929 media empire includes Landmark Theaters, Magnolia Pictures, and HDNet Films) as part of our Future of Film Live series.

Here's the full video and highlight clips of Topolsky and Wagner discussing the changing nature of the entrepreneur, big-picture predictions for the industry, and how Wagner distinguishes his many media companies.

Don't have time to watch the whole video? Here are our favorite moments.

"With entrepreneurs, it's not 'Is the glass half full or half empty?' it's 'Who's pouring?'":

On why "technology will never go backwards":

On viewing the music industry as a cautionary tale:

On the startup job market being consumer-centric:

On how technology is like an "uninvited guest coming to dinner":

On Theaters vs. Distributors:

On Magnolia Pictures breaking the molds of film distribution: