Opening this weekend: an indie horror rom-com, a musician who hides behind a fake head, and two British comedians who travel across Italy together 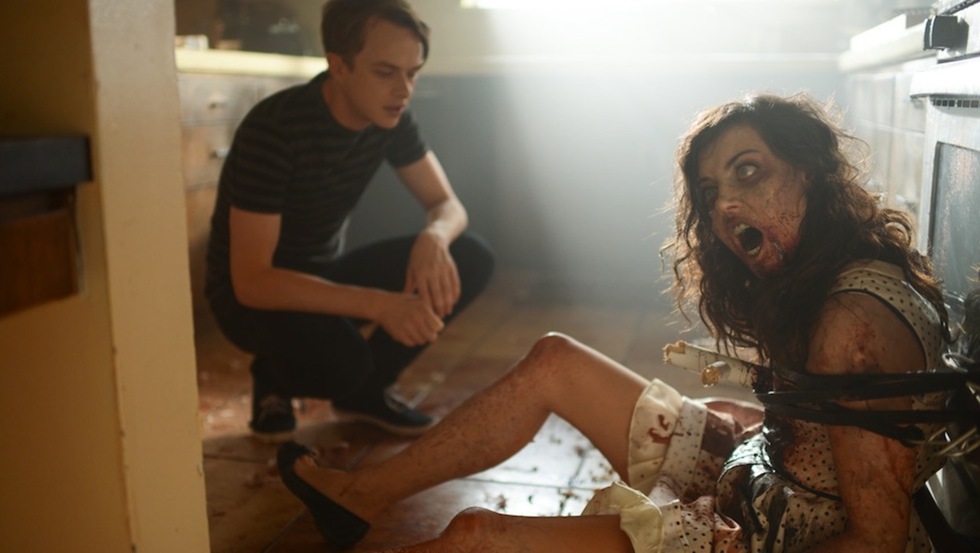 Frank: In this off-beat musical comedy, acclaimed director Lenny Abrahamson (What Richard Did, Adam and Paul) did the unforgivable and covered one of Michael Fassbender's most valued assets: his face. Abrahamson's quirky indie film tells the story of Frank (Michael Fassbender), an eccentric and mysterious musician who hides himself behind a large fake head. Frank leads an avant-garde pop band, and takes Jon (Domhnall Gleeson) under his wing as they try and live out their dreams of becoming famous musicians.

The Trip to Italy: Michael Winterbottom's sequel to The Trip, a highly improvised British comedy starring Steve Coogan and Rob Brydon as semifictionalized versions of themselves, sends the two British comedians on another restaurant tour- but this time, around Italy. Much like the first film, The Trip to Italy  will leave our mouths watering as Coogan and Brydon travel from Lugria to Capri indulging in all that Italian cuisine and lifestyle has to offer. Between bites, Coogan and Brydon leave us thoroughly entertained by riffing off each other, doing Al Pacino impressions, and revealing all sides of their hilarious friendship.

Life After Beth: A new genre has just arrived: the zom-rom-com. Life After Beth finds romance in the most unlikely of places, that being within Beth (Aubrey Plaza), the deceased girlfriend of Zach (Dane DeHaan) who comes back to life as a zombie. After her unfortunate death, Zach and Beth's parents (John C. Reilly and Molly Shannon) find Beth's grave mysteriously empty. The signs aren't clear at first, but as time goes on it becomes very clear that Beth is indeed a human-guzzling zombie, and Zach must find a way to be with the Beth he used to love.

Jake Squared: Prepare to have your head spinning with Harold Goldberg's Jake Squared. The film bends time and space and by following the story of Jake (Elias Koteas), a 50-year-old filmmaker who decides to make a film about his past relationships in order to understand why they all went wrong. He hires an actor to play himself, invites the cast to a party, and realizes that everyone from his past is suddenly in the same room- including the 40, 30, and 17 year old versions of himself!