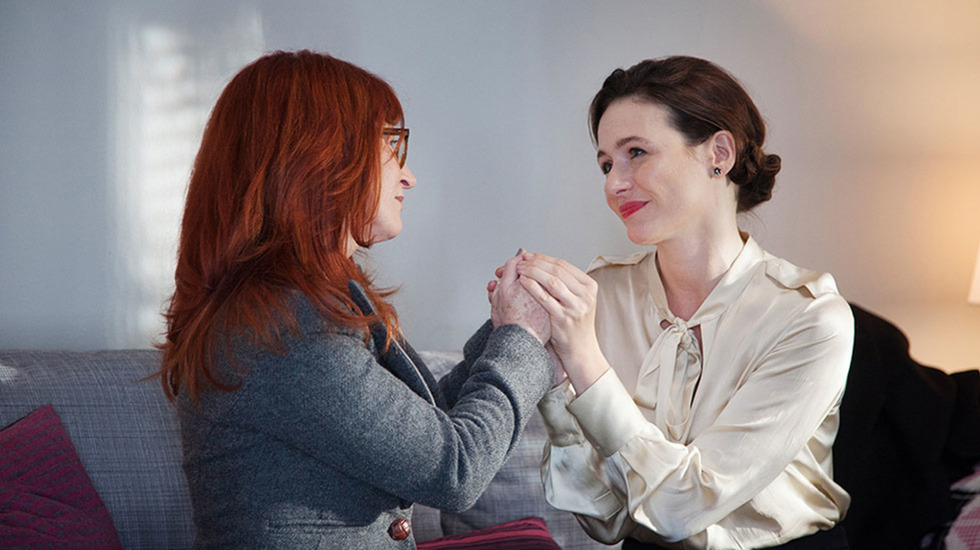 One of the most charming things I saw all year was Azazel Jacobs' HBO project Doll & Em, which starred Emily Mortimer as a version of herself, an actress hard at work in Hollywood, who contracts her best friend Dolly (Dolly Wells, Mortimer's real-life best friend) to come over from London and work as Mortimer's assistant. The work was a really touching examination of friendship, fame and ambition (Dolly is an aspiring actress on the show), and it was extremely well-received. But perhaps you're wondering about something: why am I being so coy about designating what kind of visual entertainment work Doll & Em is?

The various modes of distinction between different kinds of TV programming are really falling by the wayside, and this lack of constriction should really empower storytellers to engage in exciting new modes of narrative.

That's exactly the point. Doll & Em ran on HBO as six 30-minute episodes. It could just as easily be designated a miniseries as a TV series, or, frankly, a movie divided into six parts. Doll & Em is entirely self-contained, and if HBO had decided to close the door on it after this year, nothing would have been left unresolved - it has a very satisfying conclusion at the end of the sixth episode. Yet HBO has ordered a second season of the series - I suppose we can call it that now - calling for another six episodes.

The show so artfully blurs the boundaries between different kinds of visual entertainment.

What's fascinating about Doll & Em, and the fact that it is being renewed for a second season, is that the show so artfully blurs the boundaries between different kinds of visual entertainment. (HBO, to its credit, doesn't seem to have made too much of a hullaballoo about defining what kind of series the show is. I've heard some people in the film and TV industries refer to it as a miniseries, while others have referred to it as a TV show.) This augurs all kinds of exciting possibilities for future series. Storytellers who start with a small idea can allow it to grow larger during a second season if interest dictates. Miniseries can turn into TV series. TV series can have a first season followed up by a miniseries-length second season. That second season can be followed by one movie that continues the storyline. The various modes of distinction between different kinds of TV programming are really falling by the wayside, and this lack of constriction should really empower storytellers to engage in exciting new modes of narrative. Rather than worrying about filling out 13 episodes each season, a series might have 13 episodes followed by 4, or a movie; series can expand and contract organically, and can be renewed or shut down organically at any time, without viewers feeling miffed that they're not getting to see an expected future iteration of the show. This can lead to viewers feeling far more satisfied about the manner in which series end (or extend), and storytellers feeling far freer to experiment with different modes of narrative.