Laure Prouvost’s Video Art Plays with Our Hearts, Messes with Our Minds

Both apocalyptic and girly, the Turner Prize winner's show at the New Museum is stunning. Here's why you should go see it before it wraps this weekend. 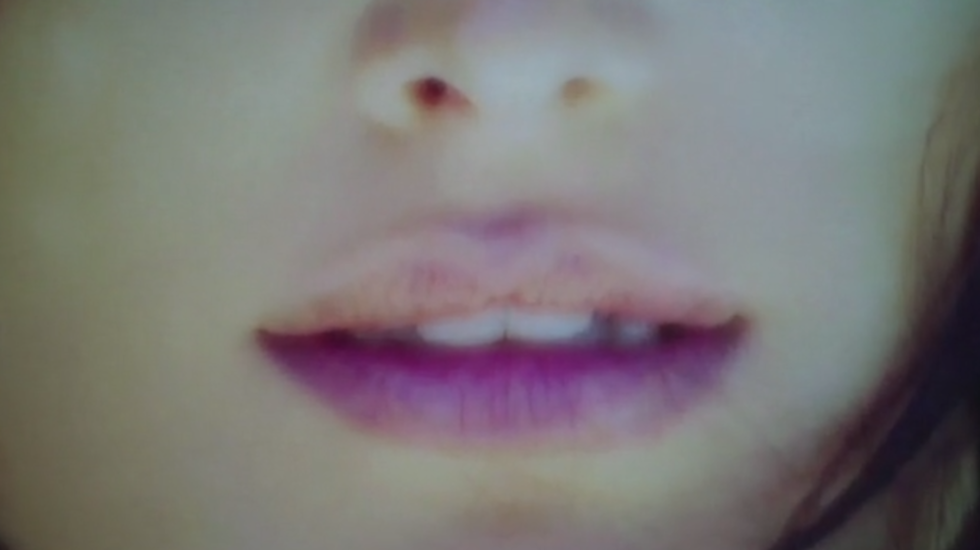 Email scams are one motivation behind Laure Prouvost’s video work, How To Make Money Religiously, a manic, sexy, clamorous, sometimes pretty work that seems to channel Michael Moore, Tina Fey and even a bit James Bond in an art world setting simultaneously.

Imagine if Catherine Hardwicke teamed up with Basquiat.

The video is the main video in Prouvost’s first US solo show, which wraps at the New Museum this Sunday. Prouvost  is a 30-something visual artist from France via the UK who wants to toy with our hearts. “Film, it demands so many of your senses, your brain, your voice, your smell. As a maker …if you want to control an emotion, it’s quite an amazing tool,” she said recently.

And she’s convinced many. Prouvost won—in a move that surprised those who thought they could no longer be surprised and got a whole lot of mean critics bashing away snarky responses—the esteemed and controversial Turner Prize in 2013, largely with her video art. She was nominated for two works that embedded films into somewhat motley, evocative settings resembling something between a sophisticated adolescent girls’ bedroom and, well, a sophisticated adolescent girls’ mind. Imagine if Catherine Hardwicke teamed up with Basquiat.

“Using film in a completely contemporary way, Prouvost takes viewers to an inner world, while making reference to the streaming of images in a post-internet age," said the judges on the Turner Prize panel of the winning work, Wantee, which told an entirely non-linear story about Prouvost’s fictional grandfather, as a fictional artist friend of the early 20th-century German painter, Kurt Schwitter (not fictional).

In How To Make Money Religiously, along with several shorter film works on old TV screens throughout the New Museum show, Prouvost is unabashed in her barrage of images—the tone is hyper, somewhat aggressive, as so much web culture tends to be. Memory, skullduggery, power and our terrible attention spans are at work. It’s apocalyptic and girly —very Twilight.

“I think that Prouvost’s work touches on the proliferation of images in our culture, particularly since the advent of the internet—this is especially valid with the ways images are now so readily available and consumable and how stock images are used to conjure up certain associations such as wealth, power, urban living, or relaxation,” Margot Norton told us—Norton is the assistant curator at the New Museum who curated For Forgetting.

In the various other works we’ve seen, Prouvost’s films seem to teeter the line between art worldy and indie-Hollywood-y. In Swallow, the film heart of Prouvost’s second nominated work for a Turner Prize, there’s something of a Sofia Coppola aesthetic and atmosphere going on and the theme is very The Great Beauty: “Inspired by the aesthetic and sensuous pleasures of Italy,” as the gallery puts it. Art insiders can’t help but link her to video art icons Pipilotti Rist and Sophie Calle, who have been creating in-your-face works playing with gender politics and capitalism for decades.

“Laure’s videos have an uncanny ability to manipulate viewers’ senses,” Norton told us. We’re more than happy to be taken advantage of. The show that ends this Sunday and is an experience akin to visiting the set of Wall Street as directed by Nicole Holofcener.