The Verge EIC hosted an in-depth conversation with representatives from TellTale Games, Oculus Rift and Interlude about the possibilities of film and video games merging into one medium. 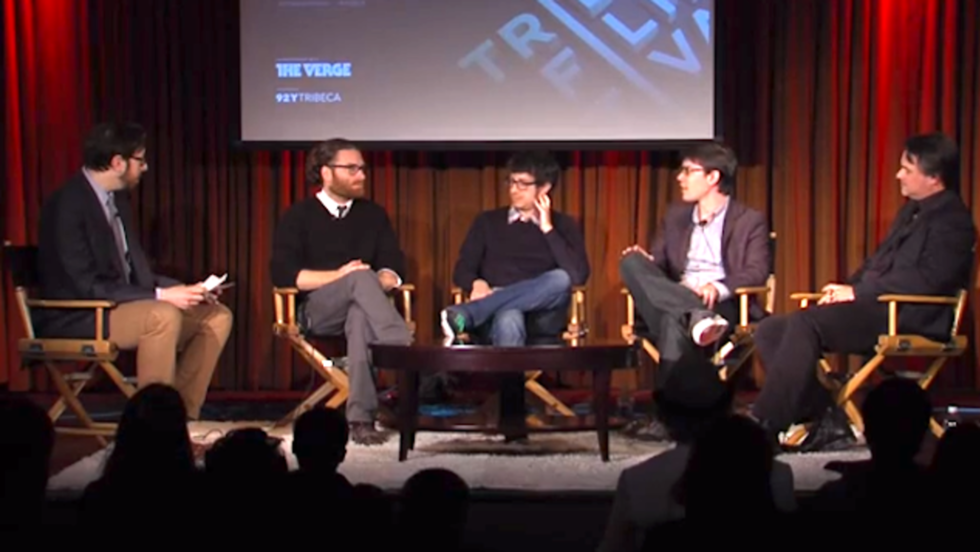 Here's the full discussion and selected highlights from the panel, which took place on April 22nd as part of Tribeca's Future of Film Live series.

On what new technology to expect and predictions on the changes it'll bring:

On triggering an audience's emotions in new ways from interactive storytelling:

On the differences between watching a film and interacting with it:

On how much a viewer should be involved in the decision-making process:

On how interactivity is already changing story structure:

This Future of Film Live was filmed before a live audience on April 22nd, 2013 at 92YTribeca during the Tribeca Film Festival. Watch clips from the entire series here.