Home » Tribeca News » Can We Finally Be Excited About the 'Into the Woods' Movie?
View All News

Can We Finally Be Excited About the 'Into the Woods' Movie?

The plot and the actors are all very nice, but a movie trailer's impact often relies on its soundtrack. Let's explore the latest Trailer Tunes and see how well they're working. 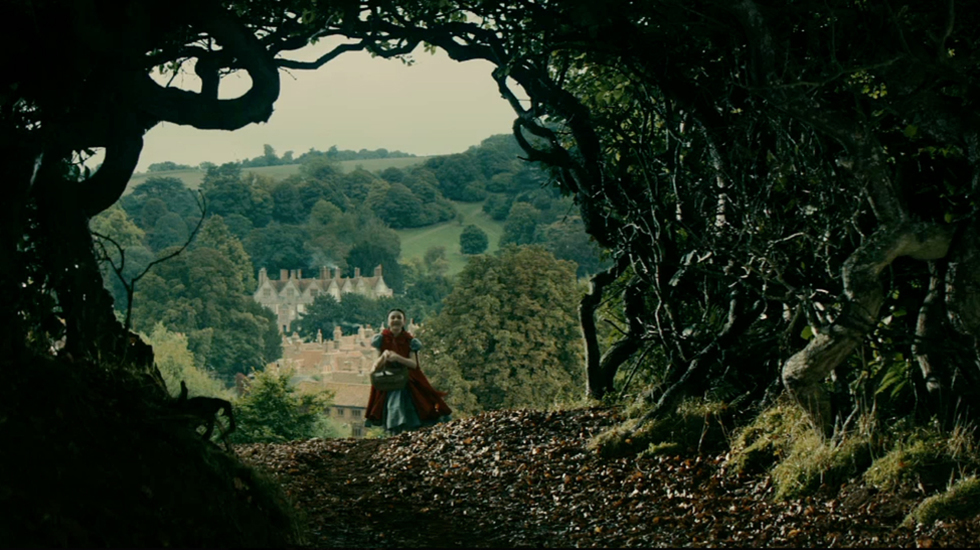 This Week's Trailer: A glimpse of Into the Woods, Rob Marshall's big screen adaptation of Stephen Sondheim's and James Lapine's beloved musical about what happens to fairy tale characters after they get to "happily ever after." Arriving on Christmas Day, it stars Meryl Streep, Anna Kendrick, Emily Blunt, and Johnny Depp.

This Week's Tune: Orchestral snippets of the Act I prologue and the amazing ballad "Stay With Me," in which the Witch tries to convince Rapunzel not to leave her tower.

How Faithful Is It? That's the big question, right? From the moment this movie was announced, there have been certain Sondheim purists---especially those who remember the disappointing Sweeney Todd film---who have hated it in advance. "Too many changes!" they cry. "Little Red shouldn't be played by a child actress! Meryl Streep isn't equipped for a role as vocally challenging as the Witch, and I doubt Christine Baranski's ability to play Cinderella's stepmother!"

Hahaha. Just kidding on that last one. Everyone loves Christine Baranski. But otherwise, I'll admit that even though I'm not willing to despise a movie I haven't seen, I've shared some of those doubts. Into the Woods might use fairy tale characters, but it's actually a sophisticated look at the consequences of adult desire. So you know… I don't want the movie version to screw it up by choosing family-friendly effects and A-list stars over a sensitive interpretation of the material.

This trailer, though, gives me hope. For one thing, it seems like Marshall and company have found an eerie cinematic language that honors the spirit of the show, but also plays like a movie, not a stage production on camera. In these glimpses of the major characters, we also get a sense of their massive, forbidding world, and it's thrilling.

And let's talk about those orchestral selections. As has become the custom with teasers for musical pictures, we don't actually hear any singing. Because god forbid we alienate anyone, right? But whatever. If these samples are any indication, then Sondheim's score is actually going to sound richer and fuller in this movie than it probably would in a Broadway revival. That's because Broadway economics are forcing shows to have fewer and fewer orchestra members, which means any score is almost guaranteed to sound diminished. A studio film, however, can afford many more musicians, hopefully resulting in a sound that is faithful to the composer's vision. So score one for Hollywood right there. (For those who keep track of these things, the film's orchestrations are by EGOT-er Jonathan Tunick, and the orchestra was conducted by the great Paul Gemignani. These are theatre pros who also have serious movie chops.)

How Emotional Is It? For me, these arrangements are producing chills, and it's largely because of what I just said: I'm relishing the chance to hear this music so beautifully wrought. Can Meryl Streep sing it? Can Johnny Depp? Who knows? But for now, it seems like there's going to be glorious life in this old gal.

Will We Associate It With This Movie? Chances are good that Sondheim fans will have boundless opinions about "the movie version." Hell… chances are good there will be some kind of convention near Times Square to parse the differences between this recording and all the others.

Overall Trailer Tune Effectiveness: Hope springs from my breast. I'm ready to see what happens in the woods.