Kicking off with a benefit screening of TFF 2012 winner "War Witch," Human Rights Watch and The Film Society of Lincoln Center co-present a densely packed program promoting social awareness and activism. Open your eyes, get on your feet, and dive into the global dialogue. 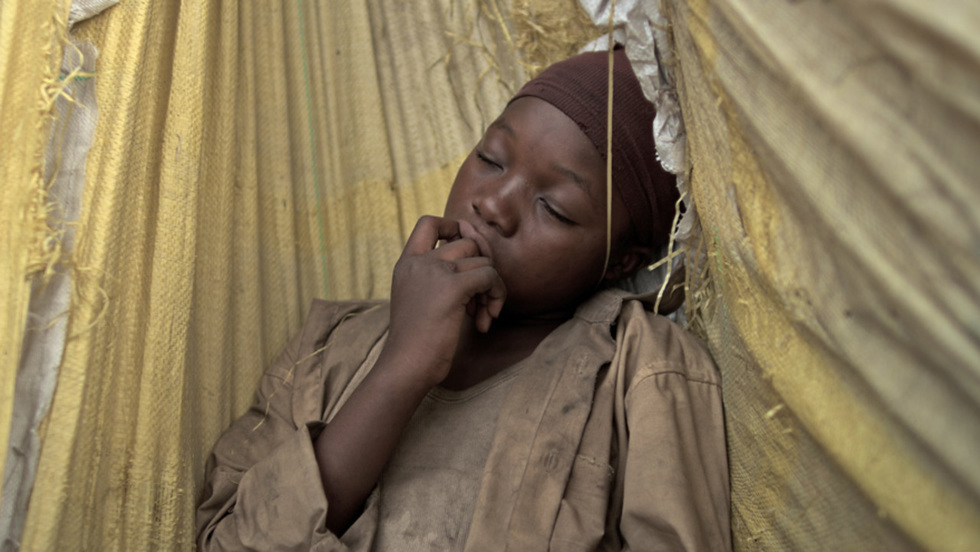 Laying bare human injustice and inspiring social change, the Human Rights Watch Film Festival is back in New York for its 23rd year with 16 hard-hitting films from across the globe. Presented in conjunction with the Film Society of Lincoln Center, the festival will run from June 15-28 with screenings at the Walter Reade Theater.

Organized around five central themes (health, development, and the environment; lesbian, gay, bisexual, transgender and migrants’ rights; personal testimony and witnessing; reporting in crises; and women’s rights), if you don’t yet have a cause worth getting fired up about, you will certainly find one here. With 14 New York Premieres, Q&A sessions and panel discussions with filmmakers and documentary subjects alike, the oft-casually tossed about phrase “global dialogue” will be given an active shove from the abstract into the literal.

The social action kicks off on the 14th with a pre-festival fundraising benefit for Human Rights Watch, featuring Kim Nguyen’s not-to-be-missed, emotionally gripping War Witch, winner of The Best Narrative Feature at the 2012 Tribeca Film Festival. Set—and shot—entirely in the Democratic Republic of Congo, TFF Best Actress Winner Rachel Mwanza delivers an astonishingly heartfelt and nuanced performance as 14-year-old Komona. Abducted and forced to kill her own parents by rebel soldiers, Komona miraculously survives the bloody guerilla warfare that demolishes her village and is subsequently held captive as “war witch” to the rebel chief. Unlikely love fuels her desire to flee, but as she quickly learns, escaping her own memory proves infinitely more challenging than escaping the shackles of imprisonment.

Investigative journalism and innovative filmmaking intersect in the New York premiere of Kirby Dick’s The Invisible War. Revolting and revelatory, Dick’s film uncovers the pervasive rape epidemic in the U.S. army, exploring its causes and effects at the institutional and individual levels. With interviews with Congress members and military personnel alike, the film sheds light on the struggle for justice and offers potential solutions to a deeply enmeshed systemic problem. Winner of the Audience Award for U.S. Documentary, 2012 Sundance Film Festival.

One of the many highlights from the category of Women’s Rights  is Susan Youssef’s Habibi. A tale of precarious young love in Gaza—and the first narrative feature set in the occupied territory in 15 years—the film offers a refreshingly dyanmic leading Arab lady free from the shackles of cultural and filmic stereotypes. Matters of the heart collide head-on with polital tension, religious expectation, and familial loyalty as Qays (Kais Nashef) and Layla (Maisa Abd Elhadi)—two university students forced to return home before finishing their degrees—struggle and rebel against seemingly innumerable opposing forces in the name of love.

Closing the festival on June 28 is Katherine Fairfax Wright and Malika Zouhali-Worrall’s raw and riveting documentary Call Me Kuchu, which follows activist David Kato’s courageous and dangerously public battle against Uganda’s horrifying homophobic laws, specifically a new “Anti-Homosexuality Bill” that will mean the death penalty to all HIV-positive men and imprisonment for those harboring information about fellow citizens’ homosexuality.

With many more eye-opening films on the program, the festival is a testament to the symbiotic relationship between film, media, and social activism.