Home » Tribeca News » Gavel Up: How Many Writers Did it Take to Put Timberlake into This Suit?
View All News

Gavel Up: How Many Writers Did it Take to Put Timberlake into This Suit?

The most recent lesson from the bewildering front lines of entertainment law: good ideas are one-in-a-million. Except when they are two. 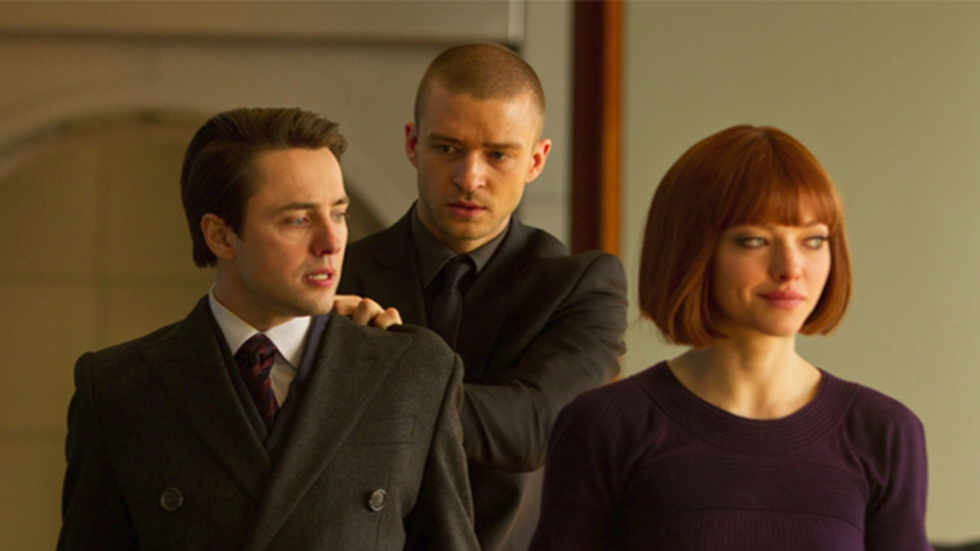 Remember, In Time? Didn’t think so.

Andrew Nicol’s fourth writer/director credit, the third set in the not so distant future, offered a world in which no one ages beyond 25 years old. Lives can be extended, if only in that most American of ways, with cash. Judging by the trailer, you must also fit into that most Hollywood of models, i.e. you’re a model; seriously, this is your sidewalk bum of the future. The 2011 release starring Justin Timberlake and Amanda Seyfried cleared $170 million, mostly thanks to international viewership, and now an international filmmaker wants his cut.

The astoundingly Greek-sounding screenwriter –– and, indeed, actual Greek ––Odysseus Lappas filed suit in Los Angeles Superior Court Monday, seeking $4.5 million in damages from 20th Century Fox and New Regency for breach of contract and slander. In 1996, says the complaint, Lappas rejected a Fox offer of $80,000 for his script Time Card, “an action-adventure love story” following a plot in line with Nicol’s work. You know, guns, cars, mayhem, a lot of running around in seven-inch heels, beautiful people with nary a hair out of place — though that last may just be a particular Nicol staple. The suit also labels Lappas “a successful screenwriter and director,” though, with a lesser version of In Time as our guide, he may be stretching an adjective.

Oddly, this ground has already been trod. In 2011, brilliant though litigious sci-fi writer Harlan Ellison briefly lawyered up thanks to In Time’s similarities to his short story “'Repent, Harlequin!' Said the Ticktockman.” No money changed hands in that instance, nor have the studios commented on the current suit, but the pattern raises an eyebrow. Either science fiction writers have no new ideas, or the future is going to be a strangely repetitive place.