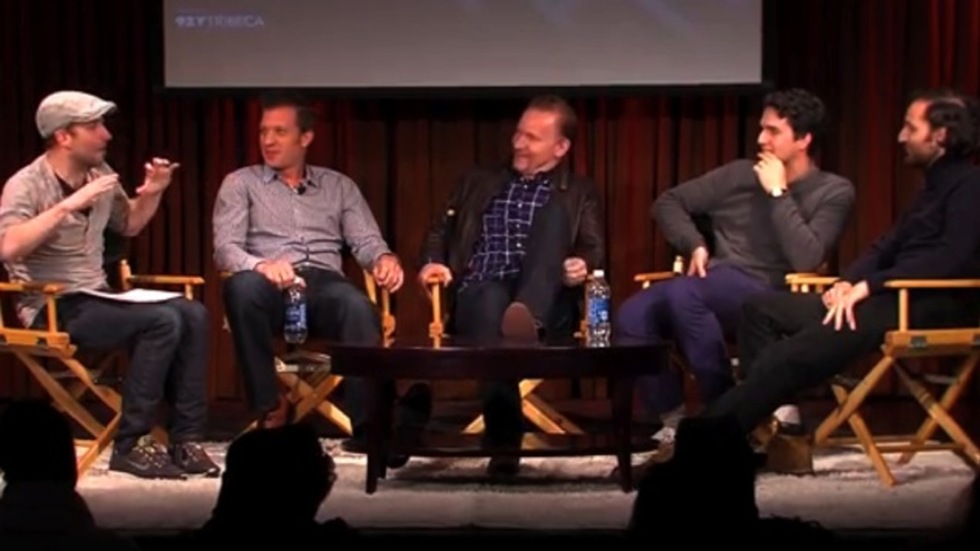 Chris Hardwick from 'Nerdist' rounded up a panel for our Future of FIlm Talks, including The Safdie Brothers, Andy Goldberg, Global Creative Director, GE, and filmmaker Morgan Spurlock to discuss the ways new media has revolutionized storytelling.

On how newbie filmmakers can hack the studio system:

On how the Internet is like Mystery Science Theater:

On the smooth partnership between Morgan Spurlock and GE Focus Forward:

On whether grainy films can reach an audience:

On the challenge of telling great stories in only 3 minutes:

This Future of Film LIVE was filmed before a live audience on April 23rd, 2013 at 92YTribeca during the Tribeca Film Festival. Check out all our clips here.