Artist Dustin Yellin On How Films, Girls and Drugs Influence His Work

Dustin Yellin, who will give an original work of art to the winner of the Student Visionary Award at #TFF2013, talks about his influences in this video, shot in his Red Hook studio. 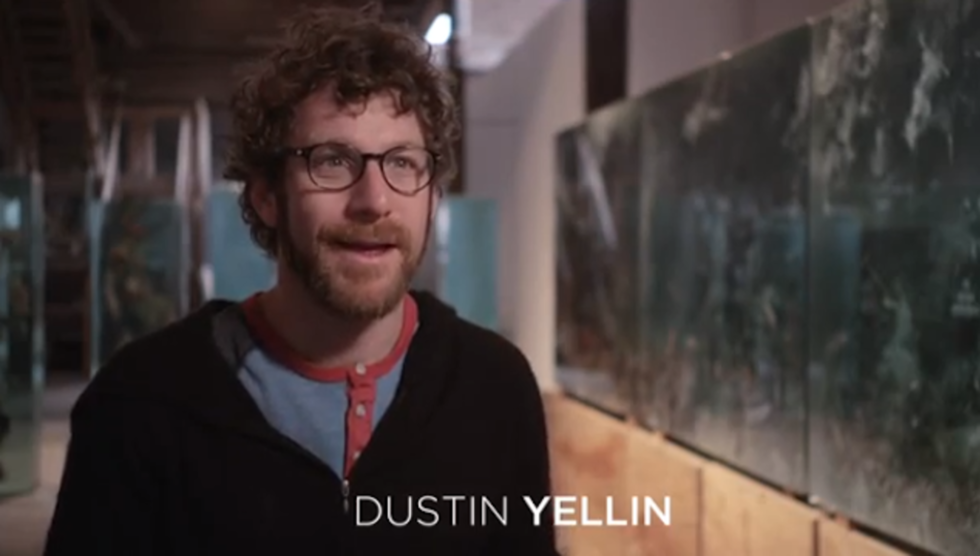 Statuettes and plaques are are fun to win, but kind of boring to own. At TFF, we give our winning filmmakers something a lot better: original works of art by world-renowned New York City artists. The Art Awards program, in partnership with Chanel, matches famous artists with categories in our competition each year. This year, Artist Dustin Yellin's piece "Platonic Haircut" will be given to the winner of the Student Visionary Award. Above, Dustin talks about what inspires him as an artist - and proves that despite his acclaim, he doesn't take himself too seriously.

Dustin's contribution, like those of all twelve 2013 Art Awards Artists will be exhibited free and open to the public throughout the Festival. The work is on view at the New York Academy of Art until April 24.

This clip is an outtake from Matt Black's upcoming short film in which he invades the studio spaces of five of this year's Art Awards Artists, which we'll premiere on Thursday April 25th (aka TFF 2013 Awards Night!) To see the works that this year's winning filmmakers will be awarded in each category, go here.