Fame High Goes on the Road Again with Kickstarter

An update from Academy Award Nominee and TFF alumnus Scott Hamilton Kennedy on his quest to theatrically release his latest film, “Fame High.” It’s a real-life “Fame” and “Glee” all rolled up into one satisfying, true-life package. 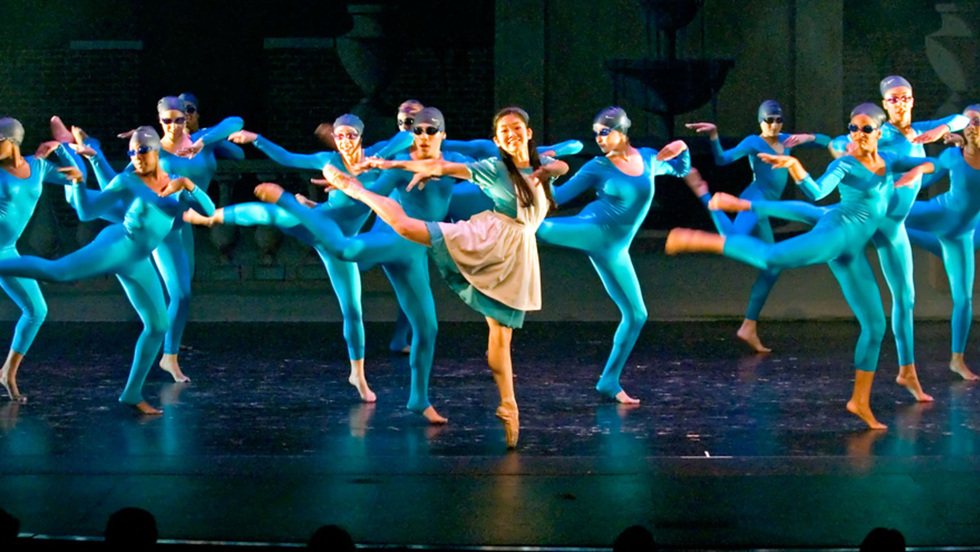 Fame High captures a year at the prestigious Los Angeles County High School for the Arts (LACHSA). LACHSA is a tuition-free public school offering a rigorous college-preparatory academic curriculum and conservatory-style training in the visual and performing arts. The arts teachers are working professionals, and some of the famous alumni include singing phenomenon Josh Groban, Corbin Bleu, Fergie, and more.

At a time when the arts are being cut from so many schools across the country, LACHSA is a shining example of the importance of arts in education. Named one of the five best arts high schools in America by the Kennedy Center Network of Creative Alliances for the Arts and the Doris Duke Charitable Foundation, LACHSA sends more than 95% of its graduates to higher education—a stunning contrast to the national average of approximately 65%.

But Fame High isn’t a medicinal, ‘issue only’ documentary: it is a highly entertaining, moving, and inspiring film that plays like a great coming-of-age musical. It follows two freshmen and two seniors as they, and their families, struggle to find their voice as actors, singers, dancers, and musicians. At the world premiere at the Tribeca Film Festival in NYC, audiences that included 8-year-old girls and 80-year-old men were laughing, crying, and cheering at the screen.

My film is facing challenges similar to many other documentaries these days: while it screened in many film festivals with sold-out audiences and rave reviews (Kenneth Turan, LA Times*, for one), we still need to raise the major funds needed for a theatrical release. In today’s distribution landscape, it’s harder than ever to sell a film to a theatrical distributor at a price that seems fair for the money and time invested. That’s why, on November 14, I embarked on my second Kickstarter campaign for Fame High.

After pouring six years of my life into creating this film, I am looking for funds that will go towards print and advertising fees, a booker, and a publicist. We also hope to cover travel costs that would allow me and some of the characters to attend screenings across the country.

Our goal with this campaign and theatrical release is to connect with local arts organizations and schools to build a grassroots audience for Fame High. We are trying to build this audience through our shared commitment to the performing arts and public arts education rather than buying an audience through slick advertising. While our goal of $125,000 is admittedly ambitious, it is the reality for any film that wants to go national and have a real impact. Even though we can all talk about the democratization of filmmaking, the truth is, you still can’t make, market and distribute a good film on a shoestring budget. (To put our $125K into perspective, the average Hollywood film spends over $35 million on marketing alone.)

In addition to promoting our Kickstarter campaign using the now-traditional methods of e-mail, Facebook, and Twitter, we are also taking the campaign live on the road as we continue our festival circuit. Starting in Tucson, Arizona, at the Loft Theater, where I recorded my pitch, then onto screenings in St. Louis, San Francisco, and LA, I will be tweeting and sharing updates from each city. Pictures and words cannot fully convey the energy and excitement in the room after a full house has watched Fame High, but we intend to capture these moments and share them via our campaign.

I know the next 30 days are going to be some of the busiest of the life of this film, as I try to spread the word about our Kickstarter campaign while also being on tour with the film. But I was blown away by the power of crowdfunding from our earlier campaign, and I hope the audiences old and new will stick with us so we can take Fame High national.

*“Fame may be fleeting, but the kids in Fame High will stay with you. Try as they might, fictional kids (Fame/Glee) can't compete with the real thing; they don't compel us like these earnest, hopeful and winning young people, bound and determined to devote themselves to their art... Kennedy manages to make their problems feel piercingly real and individual, not teen generic." — Kenneth Turan, Los Angeles Times

Scott Hamilton Kennedy is a writer, director, producer, cameraman, and editor who has worked on everything from music videos and commercials to motion capture animation, scripted and reality television, and fiction and non-fiction film. He is an Academy Award nominee for The Garden, a documentary that tells the story of the South Central Community Garden, the largest of its kind in the U.S., and its complicated struggle for survival.