Four standout alumni films from the Tribeca Film Festival are available on nationwide VOD this month—two from 2011 (including a Best Narrative Feature) and two from 2012. Make some popcorn and fire up the platform of your choice. 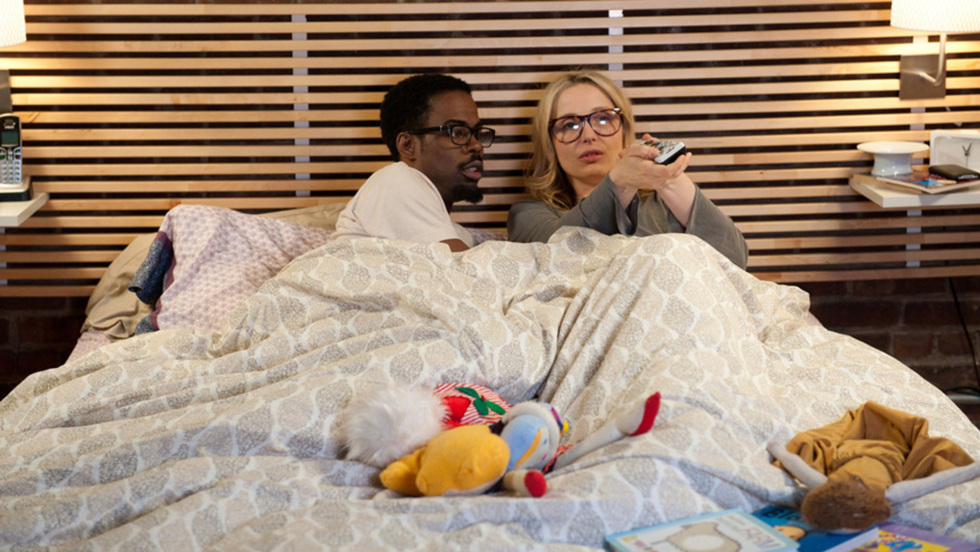 Check out these Tribeca favorites on nationwide VOD, iTunes, Amazon, and more!

In the age of manscaping, metrosexuals, and grooming products galore, what does it mean to be a man? Oscar nominee Morgan Spurlock and executive producers Ben Silverman, Will Arnett, and Jason Bateman present a delightfully entertaining doc featuring candid interviews from Arnett, Bateman, Paul Rudd, Zach Galifianakis, and everyday people weighing in on everything from the obsession with facial hair to body dysmorphic disorder.

When 15-year-old Emma lands a competitive spot on the equestrian acrobatics team, she is taken under the wing of a pretty, slightly older teammate, Cassandra. The two begin an intense relationship where the rules of the game blur as psychological stakes get higher and higher.

Suspenseful medical dramas are a dime-a-dozen, but Lance Daly’s The Good Doctor is a rare exception, an enthralling mix of psychological thriller and intense character study with a riveting (and against-type) Orlando Bloom performance at its center.

Bonus! While not technically Festival alumni, we will award these next two films honorary degrees as Tribeca Film releases. Both debut on VOD on July 18. Search your zip code and provider below to see where Tribeca Film titles are available in your area.

From visionary auteur Takashi Miike (13 Assassins) comes the story of a mysterious samurai who arrives at the doorstep of his feudal lord, requesting an honorable death by ritual suicide in his courtyard. The lord threatens him with the brutal tale of Motome, a desperate young ronin who made a similar request with ulterior motives, only to meet a grisly end. Undaunted, the samurai begins to tell a story of his own, with an ending no one could see coming.

With stunning cinematography and gripping performances, Hara-Kiri: Death of a Samurai is a thrilling exploration of revenge, honor, and individuality in the face of oppressive power. In Japanese w/ English subtitles.

In this charming comedy, Oscar-nominee Demián Bichir (A Better Life, “Weeds”) stars as Ernesto, a Colombian pilot whose plane has crashed in a small Irish village. Not able to speak a word of English, a precocious 9-year old boy named Paco, the only one in his town who knows Spanish, becomes his translator. Rewriting Ernesto’s mysterious and questionable past, Paco turns him into a hero and a celebrity, motivating the entire town to rally behind Ernesto to help rebuild his plane. When a seedy Colombian detective arrives and threatens to reveal a dark secret about Ernesto, the town begins to question who they can trust.

Inspired by true events, The Runway tells the story of a boy needing a father, a man wanting a family, and a town willing to do anything for a hero.

What movies are you looking forward to on VOD in the month ahead?