4 High Profile Premieres You Can Still Get Tickets to See

Breaking (awesome) news from the TFF ticket lines. There are still a few seats left at these much-anticipated screenings. 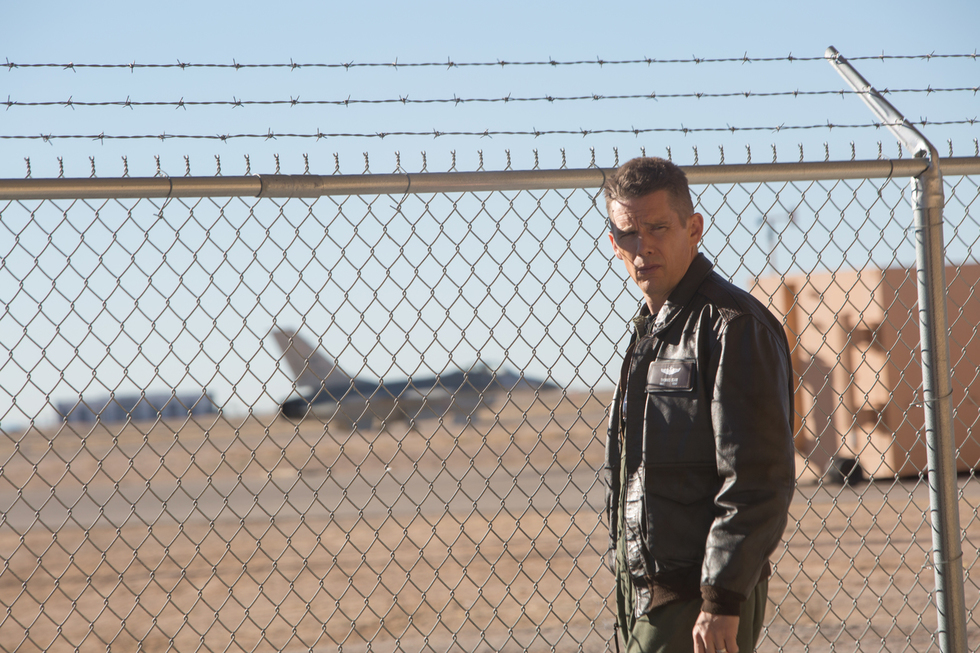 We're taking a break from the panels, talks, and Spring Studios fun to bring you the best news of your weekend.

There are still seats left to a handful of the most buzzed-about films of TFF2015. Even better? There's still time to buy them. Here's the breakdown.

Major Tommy Egan (Ethan Hawke), veteran of air combat
missions over Iraq and Afghanistan, now conducts the war from the safety of a Nevada trailer. A drone pilot, and not too happy about it, he
turns in a working day attacking Taliban sites in Southeast Asia before returning to his idyllic suburban home life, which is increasingly punctured by feuds with his careworn wife, Molly (January Jones), and concern for the future he is creating for his kids.

Acerbic aging poet Elle Reid (Lily Tomlin) mourns the death
of her longtime partner even as she reels from a recent breakup; yet she must table her misanthropy when her teenage granddaughter Sage (Julia Garner) turns up unexpectedly on her doorstep in need of $600 and a ride. What ensues is an urban road-trip in Elle’s vintage Dodge to visit old friends and flames, rattling skeletons and digging up secrets all over town as the unlikely duo try to rustle up the cash.

L.A. parents Alex (Adam Scott) and Emily (Taylor Schilling) are on the
hunt for new friends after relocating from Seattle with their son. A
trip to the playground lands them a family dinner invitation from Kurt
(Jason Swartzman), but as the night progresses it becomes unclear
whether the play date is meant for the kids or the parents.

This sexy, hilarious romp is a delightful high. Writer-director Patrick
Brice proudly empties the contents of his dirty little mind like a child
dumping his Halloween candy spoils on the kitchen table after a hard
night’s work. Also staring Judith Godrèche.

Fear, panic, and paranoia pit neighbor against neighbor.
Families are ripped apart as loved ones are forced into quarantine.
Authorities attempt to maintain control over communities teaming with violence. But with droves of new victims each day, it’s a losing battle for those citizens uninfected by the zombie outbreak. In Henry Hobson’s debut feature, Wade (Arnold Schwarzenegger) locates his missing teenage daughter Maggie (Abigail Breslin) at the local hospital and insists on bringing her home to care for Maggie himself. With her “disease” progressing quickly, manifesting in increasingly disturbing ways, Wade shuns the warnings of his wife and friends—risking infection from the overpoweringly ravenous Maggie.