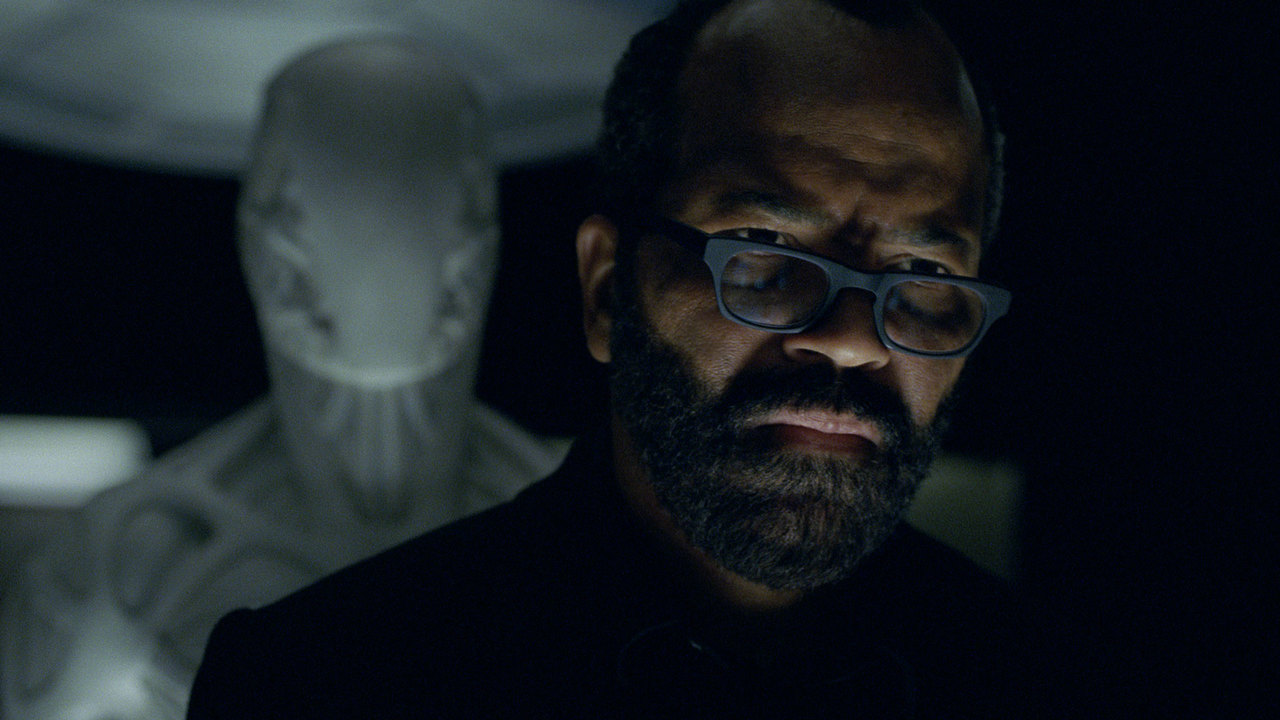 Drama, Science Fiction
As a new chapter begins, Westworld continues on its dark odyssey about the dawn of artificial consciousness and the evolution of sin.

Thandie Newton stars in HBO's Westworld . Her role earned her a Critics Choice Award, as well as Emmy and Golden Globe nominations. Last year Thandie starred in BBC 1’s hit drama Line Of Duty. Upcoming roles include, Solo: A Star Wars Story, Gringo and John. F Donovan. Other credits include the Oscar-winning Crash (for which she won a BAFTA), The Pursuit of Happiness, Mission Impossible 2, 2012, Rocknrolla, W., Beseiged and Beloved. Thandie serves on the board of V-Day foundation, working to bring an end to violence against women. Her 2011 TED Talk, Embracing Otherness, has been viewed online over 2,580,000 times.

Evanis one of the most talented young actresses of her time. She gained critical acclaim and was nominated for a 2017 Emmy for “Lead Actress in a Drama Series” for her role as Dolores in HBO’s hit series Westworld. She received a Critics Choice Award, and a Golden Globe, SAG Nomination, in 2017, for her role in Westworld. Evan will reprise her role in the second season, premiering Sunday, April 22 on HBO. Past credits: Mildred Pierce, The Wrestler, Thirteen, Across the Universe, The Ides of March, Into the Forest, Allure, among many other projects.

Jonathan Nolan is a celebrated screenwriter, director, and television producer who heads up his production company Kilter Films with his wife Lisa Joy. Nolan and Joy co-created HBO’s Westworld, for which he earned DGA, WGA, PGA Golden Globe, and Emmy nominations. Previously, Nolan created the CBS hit Person of Interest, both shows being produced under Nolan’s Kilter Films banner. Nolan is an Academy Award, Golden Globe, and WGA nominated feature film screenwriter, along with his brother Christopher Nolan, Jonathan wrote Momento, The Prestige, The Dark Knight, The Dark Knight Rises, and Interstellar.

Tony, Emmy, AFI and Golden Globe Award-winning actor Jeffrey Wright has an illustrious career spanning theatre, film and television. Wright can be seen in his Emmy-nominated role as Bernard Lowe in HBO’s Westworld. Recent television appearances include HBO’s Confirmation and HBO’s Empire. Wright was nominated for Critics Choice Television Award for Best Supporting Actor and a SAG Award for Outstanding Performance by an Ensemble in a Drama Series. Recently, Wright was cast as Hobie in the upcoming film, The Goldfinch, adapted from Donna Tartt’s Pulitzer Prize-winning novel. Other feature credits include: Pixar's The Good Dinosaur and The Hunger Games trilogy.

Lisa Joy is the co-creator, co-showrunner, and executive producer of HBO's Westworld. Which she directs and produces through her multi-year overall deal with Warner Bros. Television. Additionally, Joy serves as President of Production at Kilter Films, the production company she and Jonathan Nolan set up, which produces Westworld under its banner. Westworld earned Joy PGA, WGA, Golden Globe, and Emmy nominations. Joy’s upcoming film credits include the film adaptation of Battlestar Galactica for Universal and the feature script Reminiscence, which placed on the 2013 Black List.