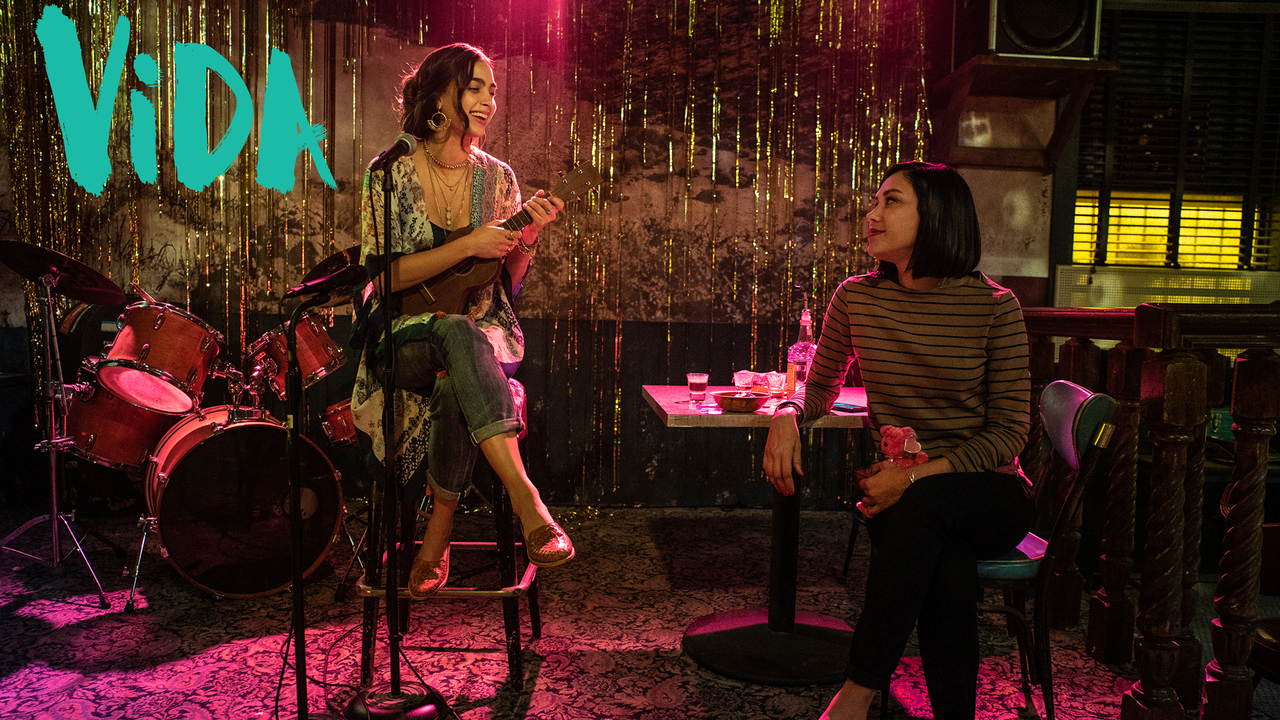 Comedy, Drama, LGBTQIA
In the second season of Vida, Lyn (Melissa Barrera) and Emma (Mishel Prada) begin the monumental task of rebuilding their mother's business while navigating financial constraints, competing developers, and the growing anti-gentrification movement. Lyn and Emma must contemplate the relationships in their lives, including their own, and are forced to dig deep to unearth what their mother’s legacy means to them. Ser Anzoategui, Chelsea Rendon, Carlos Miranda and Roberta Colindrez also star; Raúl Castillo guest stars.

Born and raised in San Francisco, Carlos Miranda got his first taste of acting at the age of 13 where he booked a short film. He continued acting in his high school’s theatre productions before moving to Los Angeles at the age of 23 to pursue his dream. Miranda appeared in feature films Warrior directed by Gavin O’Conner, The Bling Ring, directed by Sofia Coppola and opposite Emma Watson, and most recently Grandma opposite Lily Tomlin. His television credits include “Chicago PD”, “How To Get Away with Murder” and “Dallas.”

Melissa Barrera was most recently seen in the third season of Netflix’s "Club de Cuervos." Barrera began her career starring in popular telenovelas in her native country, Mexico, including "La Mujer de Judas" and "La Otra Cara del Alma" as well as the renowned "Siempre Tuya Acapulco" and "Tanto Amor." An accomplished singer, thanks in part to her musical theater training at New York University, she starred in musicals such as "Spring Awakening," "Young Frankenstein," and the Spanish pop-rock musical "Hoy No Me Puedo Levantar" in Mexico City.

Chelsea Rendon started acting at the young age of six. She won multiple awards for her role as Cristina in No Turning Back. As a child she worked on shows such as “E.R.,” “The Shield” and “Judging Amy.” More recently she’s worked on the Oscar®-nominated film A Better Life and Disney’s McFarland, USA. On television, she was featured on “The Bridge,” “Major Crimes” and “Code Black.” This year, Rendon worked on Netflix's Bright directed by David Ayer and she is currently recurring on “The Fosters” on Freeform.

Ser Anzoategui is a non-binary Latinx/Chicanx actor/playwright/artivist. Anzoategui wrote and performed at Rio Hondo College from 1999-2004 and graduated from LMU with a BA in Communication and Fine Arts in 2005. Anzoategui’s theatre recognition led to being cast in a recurring guest star role on Hulu's Emmy® nominated “East Los High” as the openly queer character Daysi Cantu. Following “East Los High,” Anzoategui landed roles on “Crazy Ex-Girlfriend,” “The Fosters,” “Shameless,” and more. They are playing a significant role in empowering and advocating for local community as well as educating the larger society through entertainment. They currently play Eddy on the Starz series "Vida".

Raúl Castillo is best known for his portrayal of Paps in the critically-acclaimed We the Animals, for which he was nominated for a Spirit Award, and for his role as Richie on the HBO series Looking. We the Animals won the NEXT Innovator Award following its premiere at Sundance 2018. Currently, Raúl is filming Knives Out, written and directed by Rian Johnson. He recently wrapped filming the second season of the STARZ original series “Vida” and the indie film El Chicano, which premiered at the 2018 LA Film Festival and will be released in 2019.

Born to a Dominican mother and Mexican father, Mishel Prada has been drawn to the performing arts for as long as she can recall. Prior to securing her lead role on “Vida,” Prada starred in AMC’s short form series “Fear the Walking Dead: Passage” an online spinoff of the hit series “Fear the Walking Dead”. In addition to acting, Prada is a founding member of Damarosa, a female art collective founded by Britt Bogan, which seeks to celebrate the significant role of women throughout art, literature, and politics, while also spotlighting a new generation of influential female voices.

Tanya Saracho is a playwright and television writer who serves as creator, showrunner, and executive producer of the critically-acclaimed series “Vida,” which earned 100% critical rating on Rotten Tomatoes. The show, which will return for a second season this spring, will feature all Latina directors, including Saracho, who will make her television directorial debut, and as was the case in season one, will have a writing staff comprised of all Latinx writers. Named one of “TV Scribes to Watch” by Variety in 2018, Saracho’s television credits include “How to Get Away with Murder,” HBO's “Looking” and “Girls,” and “Devious Maids."

Lynda Lopez is an Emmy-award winning journalist, who has anchored and reported for ABC News, and WCBS-TV and WCBS NewsRadio 880 in New York City. Prior to joining 880, Lynda anchored newscasts for the Fox 5 and My9 news stations in New York. She is also a former columnist for Latina Magazine, and contributor to Glamour and Glam Belleza Latina. Lopez lives in New York City.