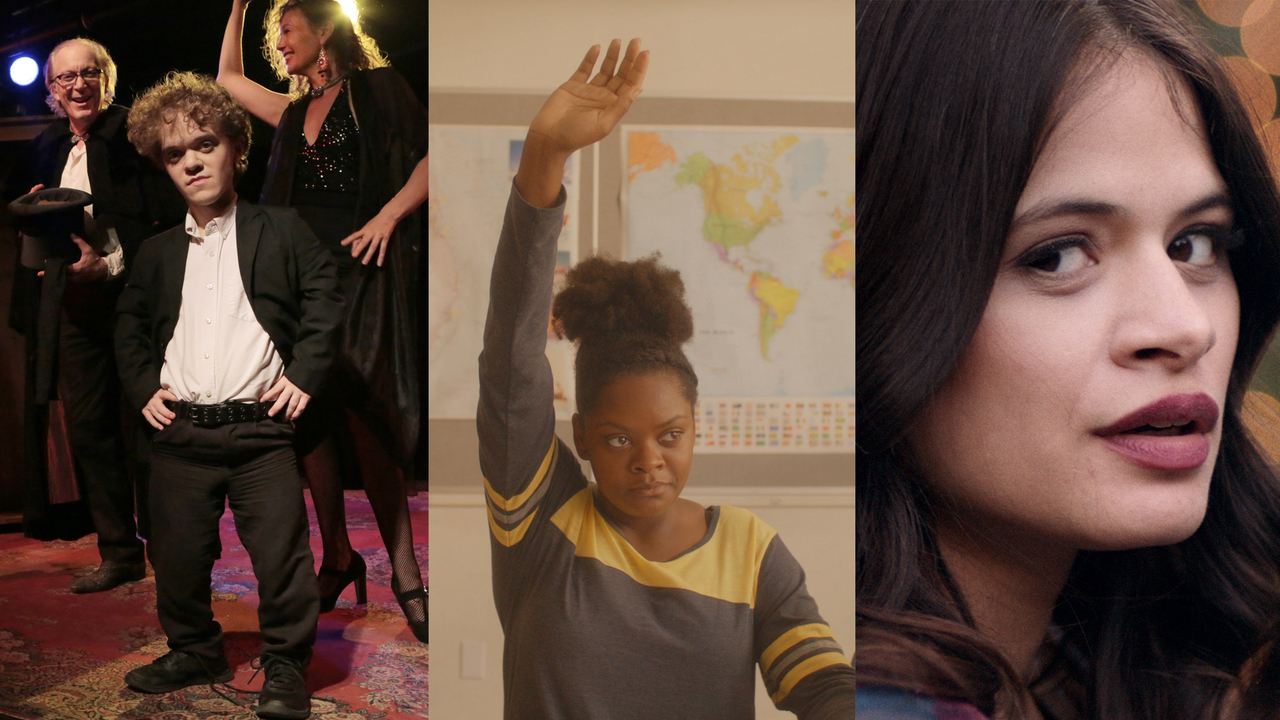 For the first time in 2017, Tribeca opened submissions to independently produced TV pilots. This showcase program represents the strongest new voices bringing their talents to the episodic space.
After the screening: Join us for a conversation with the creators.

Black Magic for White Boys
An aging magician is about to lose his small New York theater, but has a devilish plan to save it. A middle-aged man finds his sovereignty in jeopardy when he impregnates a woman he barely knows. A real estate mogul is frustrated that he can't raise the rent on this tenants. These characters converge in Tribeca alum Onur Tukel’s bizarre comic tale about testing boundaries, gentrification, and how old New York is fading away. With: Onur Tukel, Ronald Guttman, Jamie Block.

Lost & Found
Stella and Ian are separating. But for this modern LA couple, that’s nothing to be sad or ashamed about. They decide to host an “un-wedding” party to celebrate. As friends and family descend on their home for the occasion, secrets are revealed and loyalties tested in this comedy-drama about family, friendship, and marriage. With: Melonie Diaz, Will Janowitz, Jennifer LeFleur, Terence Nance, Avi Rothman, Laura Lee Botsacos, Abby Wathen, Nick Thurston, Haroula Rose, Ethan Gold.

Manic
Aurora Carter, an Ivy League-bound, AP Exam enthusiast finds that her over-achieving obsessiveness lands her in a boarding school for kids with mental illnesses. Now she has a singular goal: prove she doesn’t belong with the rest of the freaks. Determined to fight the system, Aurora makes alliances with the other girls one by one and inspires them to take control of their lives. With: Shanice Williams, Dot-Marie Jones, Russell Andrews, Nicki Micheaux, VyVy Nguyen.

Kimberley Browning is a filmmaker and festival programmer. She is also the founder and festival director of the Hollywood Shorts Film Festival. Kimberley recently directed Room 19, the award winning art documentary film, and is the Executive Producer of the new feature documentary Ear Buds.

Haroula Rose is a filmmaker and musician from Chicago now based in Los Angeles. She has written, directed, produced or performed in many films and videos, and her work has gone to over forty film festivals around the world. Favorite word: ergonomic. Would be a chef in the next life.

Kate is a 2016 HBO Access Directing Fellow and a 2013 Project Involve Fellow at Film Independent, where she received the Barbara Boyle Award. Her award winning short films, Pearl Was Here, Homebody, 7 Day Gig, and Miracle Maker, continue to screen all over the world. Highlights include Slamdance, Edinburgh International Film Festival, Austin Film Festival, and broadcasting on PBS. She is a graduate of CalArts (MFA) and Brown University (BA). Additionally, Kate teaches filmmaking in public schools, prisons, senior centers, and parks. Her work with a wide range of students can be felt in her stories, which focus on the need to be witnessed.