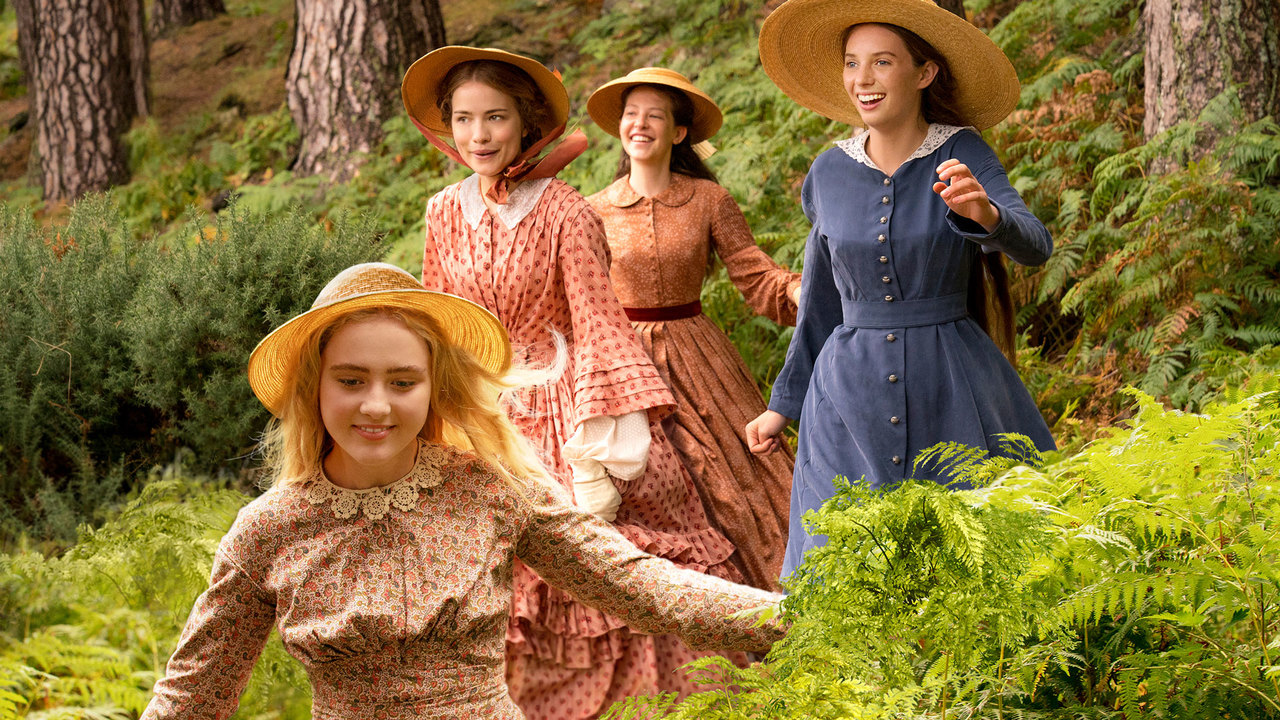 Drama
Set against the backdrop of a country divided, the story follows the four March sisters: Meg, Jo, Beth, and Amy on their journey from childhood to adulthood under the guidance of their mother Marmee. Little Women is a coming-of-age story that is as relevant and engaging today as it was on its original publication in 1868.

After the screening: A conversation with Executive Producers Colin Callender and Rebecca Eaton, along with writer Heidi Thomas and cast-members Maya Hawke and Kathryn Newton. Moderated by Tara Abell.

Maya Hawke will next be seen as the lead role of Jo March in the BBC and Masterpiece’s highly anticipated miniseries adaptation of Louisa May Alcott’s classic novel Little Women. Maya won the role as her first professional acting job. She most recently wrapped shooting the independent film Ladyworld, directed by Amanda Kramer, and is attached to the lead role in Myna Joseph’s forthcoming feature film Charlotte XVI. Netflix recently announced that Maya will be joining the cast of the global phenomenon Stranger Things, as a new series regular in the forthcoming third season. Headshot photo credit: Ellius Grace

Kathryn Newton, 21, stars in the Universal movie, Blockers, alongside John Cena and Leslie Mann. This comes on the heels of her series regular role in the Emmy Nominated HBO miniseries Big Little Lies, opposite Reese Witherspoon, Nicole Kidman and Adam Scott. She is currently in principal photography on Legendary Picture's Detective Pikachu, playing the female lead opposite Justice Smith. Also in 2017, Kathryn was seen in her supporting roles in Lady Bird and

Heidi Thomas’ acclaimed career as a dramatist spans 25 years. Her award-winning theatrical work has been produced on Broadway and by the Royal Shakespeare Company. Her work for the screen includes Cranford, Madame Bovary, Ballet Shoes, I Capture The Castle and her hit show Call the Midwife on PBS/BBC1. Heidi’s writing has been acknowledged and awarded by the Emmys®, BAFTA, the National Television Awards, and the Royal Television Society.

Tara Abell is the News Editor at Vulture.com where she covers breaking news, celebrity, books, and theater. Her favorite book is Little Women and she has long considered herself a Jo even though she is probably a Meg.

"Rebecca Eaton became the executive producer of Materpiece on PBS in 1985. She brought American audiences Hilary Mantel’s Wolf Hall, the recent hits Victoria, Sherlock, Poldark and Downton Abbey — the most-watched drama in PBS history — among many other classic titles. Under her leadership, Materpiece has earned 62 Primetime Emmy Awards®, 16 Peabody Awards, six Golden Globes®, and two Academy Award® nominations. Eaton was named one of TIME's 100 most influential people in 2011, and has earned the official recognition of Queen Elizabeth II with an honorary OBE."

Colin Callender is an award-winning television, theatre and film producer who founded NY and London-based Playground in 2012. His television credits include the Emmy-winning adaptation of the RSC’s The Life and Adventures of Nicholas Nickleby, and Golden Globe and BAFTA award-winning miniseries Wolf Hall. As long-time president of HBO Films, he was responsible for an unprecedented award-winning slate of movies and miniseries. Callender’s numerous theatre productions include the record-breaking Olivier award-winning two-part play Harry Potter and the Cursed Child.