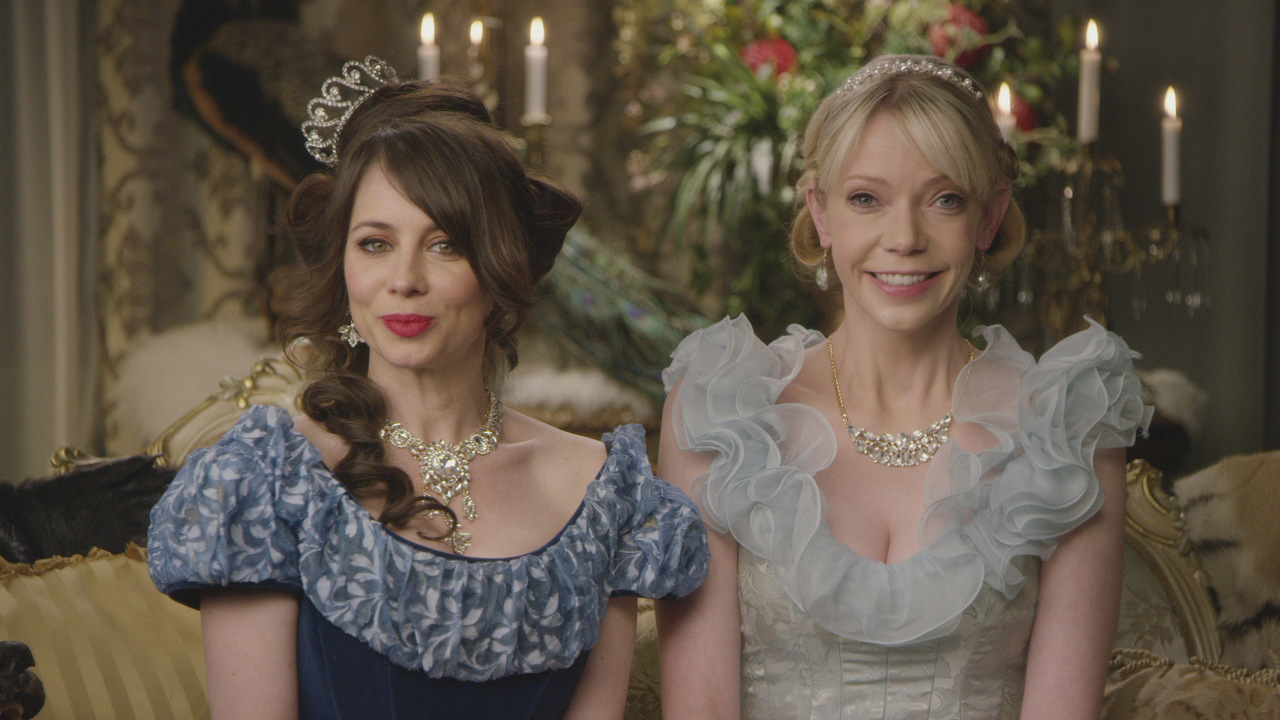 Comedy, Female Screenwriter(s)
Another Period tells the incredible story of the Bellacourt sisters, Lillian and Beatrice (played by Leggero and Lindhome). Defined by their family’s wealth, they care only about becoming super famous — which is a lot harder in 1902. The show follows the insanely decadent and outrageous life of the Bellacourt coterie. Before others claimed their fame, they were the one American family who epitomized all that was spoiled, shameless and stupid. The Bellacourts have more servants than relatives and days filled with money, sex, drugs…and more money.

After the episode: A conversation with creators, writers, and stars Natasha Leggero and Riki Lindhome, and cast members Paget Brewster and Brett Gelman. Moderated by Hollywood Editor for New York Magazine and Vulture, Stacey Wilson Hunt. 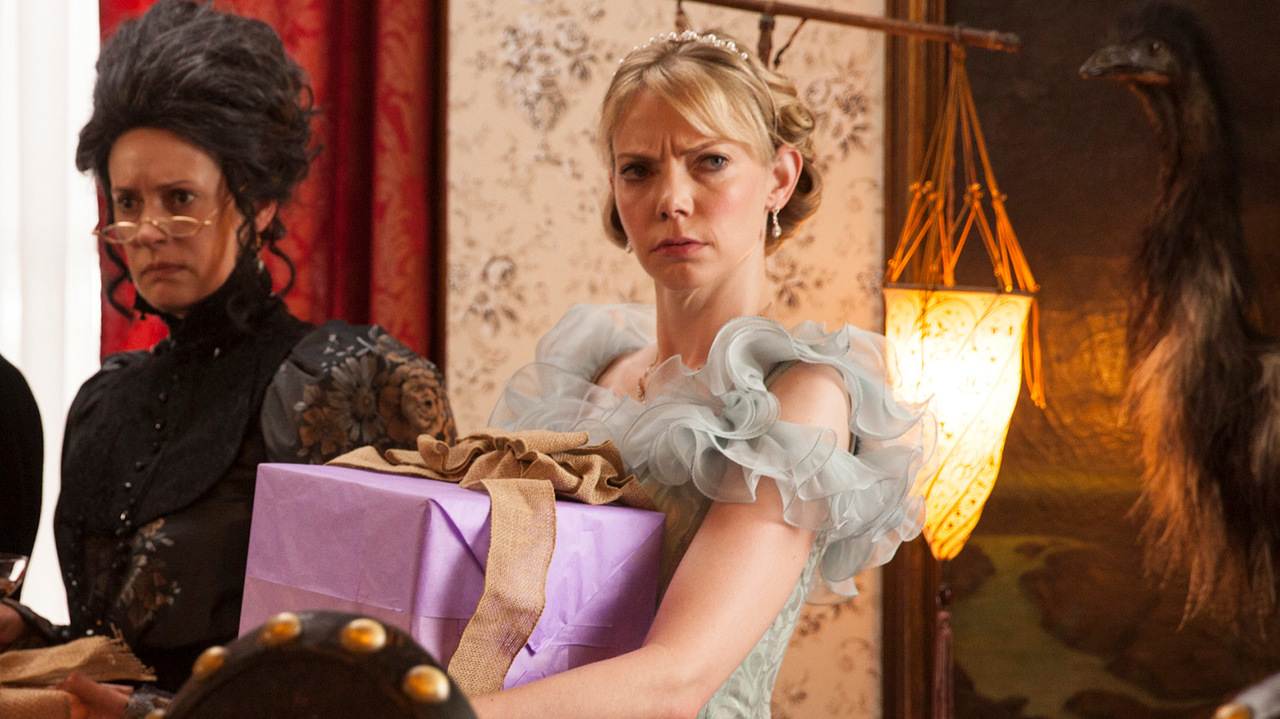 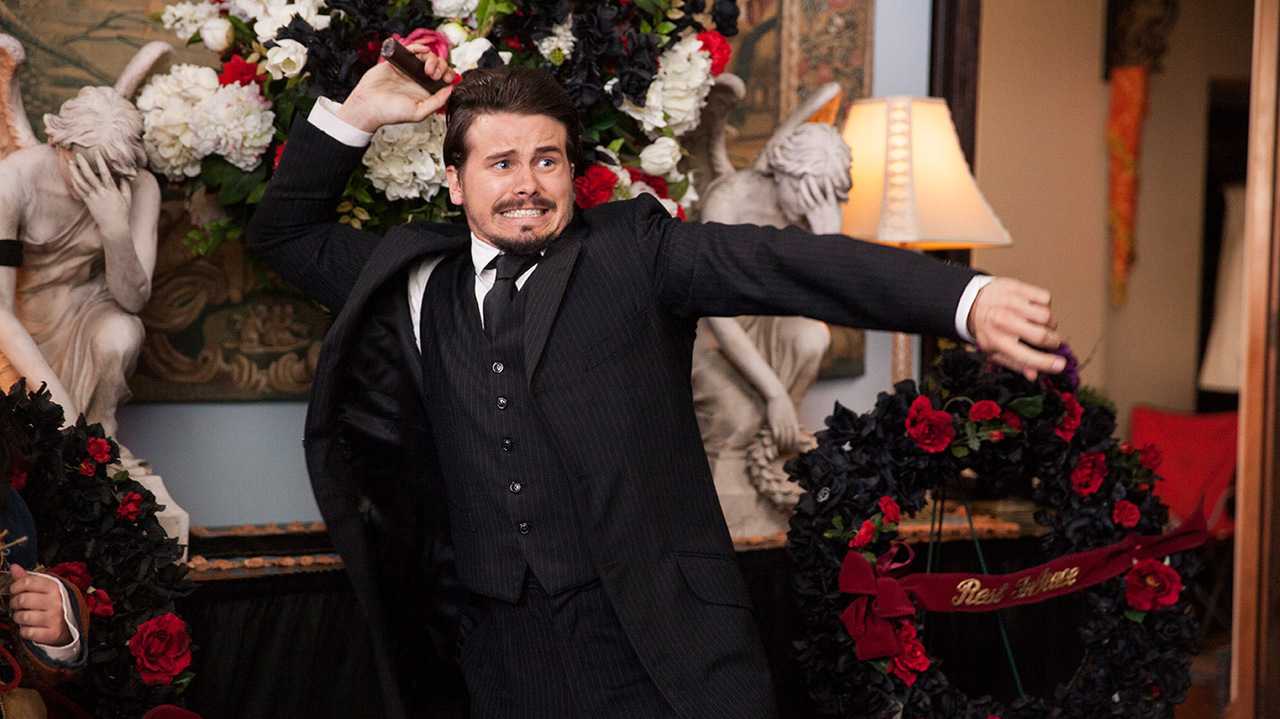 Paget Brewster can currently be seen playing Special Agent Emily Prentiss in CBS’s Criminal Minds and will next be seen in the third season of Comedy Central’s Another Period. Paget starred opposite John Stamos in Fox’s comedy series Grandfathered, and played Frankie on NBC’s Community. She starred in two Emmy® Award winning series – Showtime’s Huff and FOX’s Andy Richter Controls the Universe. Among her feature film credits are Welcome to Happiness, My Big Fat Independent Movie, The Specials, The Big Bad Swim, The Adventures of Rocky and Bullwinkle, Desperate but Not Serious, and Man Of The House.

Riki Lindhome is an actress, writer, producer, director. She co-created and stars in Comedy Central's Another Period and has appeared in various movies and TV shows. Her musical comedy duo, Garfunkel and Oates, has had three #1 albums on iTunes Comedy, an IFC series, a Comedy Central special and an Emmy®-nominated Netflix special.

Natasha Leggero is an accomplished actress, writer, and stand-up comedian. Leggero created, wrote, produced and stars in Comedy Central's, Another Period. She has also been seen on the Comedy Central Roast of James Franco and of Justin Bieber. Leggero also currently stars opposite Andrew Dice Clay on Dice.

Brett Gelman’s most recent film, Lemon, which he stars in and co-wrote with director Janicza Bravo, premiered to rave reviews at this year's Sundance Film Festival and it was also the opening night film for the 2017 International Film Festival – Rotterdam. Brett is currently shooting a recurring role on Netflix’s award-winning series, Stranger Things and can also be seen on Amazon’s smash hit, Fleabag. Other recent projects include Judd Apatow’s critically acclaimed series, Love, and his third comedy special for Adult Swim, Brett Gelman’s Dinner in America. He can also be seen in the upcoming return of David Lynch’s hit show, Twin Peaks. Brett's TV credits include the Adult Swim cop parody Eagleheart, the FX comedy, Married, Starz’s Blunt Talk and NBC’s Go On. Film credits include roles in The Other Guys and 30 Minutes or Less, the Sundance selection, Joshy, and the Docu/Fiction film, Drib.