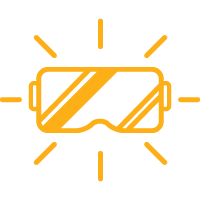 Nice job. You’ve crashed your spaceship into an alien jungle. Your instincts, nourishment, cylinders, and a wary robot sidekick are all you have for survival… or so you think.

Eric Darnell (CCO, Baobab Studios), directed the Madagascar franchise, grossing more than $2.5 billion. Darnell was also executive producer of The Penguins of Madagascar and director of Antz. At Baobab, Darnell won Daytime Emmys® as the director of Invasion! and Asteroids!, and an Annie Award for Crow: The Legend.