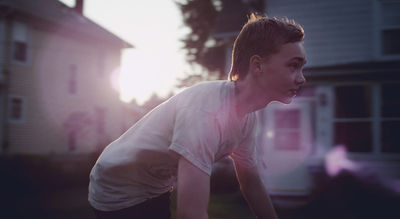 TFF 2015 Narrative Feature
Growing up in a rural town filled with violent delinquents, Jack has learned to do what it takes to survive, despite having an oblivious mother and no father. After his aunt falls ill and a younger cousin comes to stay with him, the hardened 15-year-old discovers the importance of friendship, family, and looking for happiness even in the most desolate of circumstances. |Read More
Drama, New York, NY Director(s) 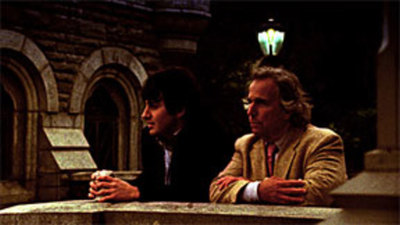 TFF 0 Narrative Short
After escaping a marriage arranged by his eccentric family, 23-year-old Isaac seeks refuge in the utopian greenery of Central Park. When Isaac's family sends his childhood therapist to retrieve him, the two lost souls search for self-discovery without realizing the significance each holds in the other's life. |Read More
Drama, Comedy 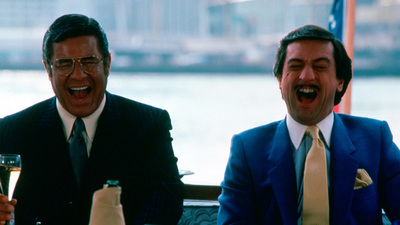 TFF 2013 Narrative Feature
Comedian Rupert Pupkin confronts then kidnaps his hero, late night talk show host Jerry Langford, all for a shot at the big time. Thirty years after its release, Martin Scorsese’s The King of Comedy is more relevant than ever, sending up reality television culture through an unforgettable hack who overcomes his many social shortcomings with felonious ambition. Robert De Niro, Sandra Bernhard and the legendary Jerry Lewis light up the screen in this marvelous, multi-layered comic gem. |Read More
Dark Comedy 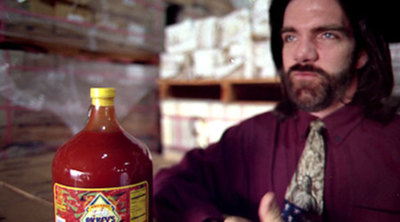 TFF 0 Documentary Feature
To those in the know, no classic arcade game is more difficult than Donkey Kong. Maybe that's why the world record holder is so protective of his celebrity. Look inside this world of competitive gaming, as obsession and ego drive a diverse and fascinating group of individuals to fight over who is the real "king of Kong." A Picturehouse Release. |Read More
Documentary 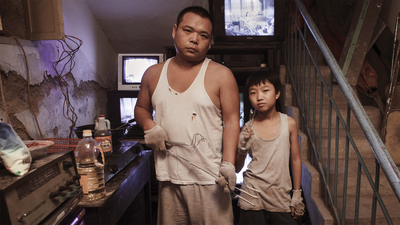 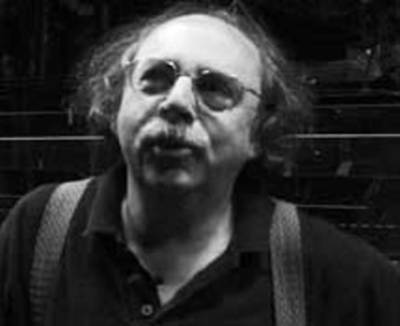 TFF 2005 Documentary Short
This portrait of New York avant-garde playwright Richard Foreman focuses on all periphery elements of a recent production-elaborate set design, lighting, non-speaking cast's frantic movements patterns, and recurrent imagery at his Ontological-Hysteric Theater. Highlights all the fringe, yet essential, specifics typical of Foremen's recent work rather than the varying content of his plays. |Read More 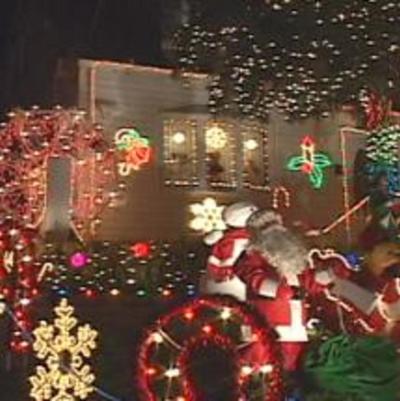 TFF 2005 Documentary Short
The flashy yet underground outer borough phenomenon of elaborate, ornate Christmas exterior house decorations is given a human face in this documentary short. You’ll meet the obsessed, quirky people behind the biggest, brightest, and most over-the-top holiday decorated houses in New York City, including Steve Pancini who owns 600 animated dolls for his lawn and takes an entire month off from work to maintain his display. These are tales of outer Gotham that Manhattanites have yet to see. |Read More
Documentary 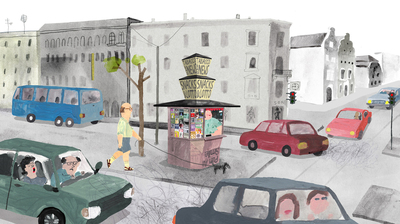 TFF 2014 Narrative Short
For years now, the kiosk has been Olga’s little home simply because her sweet tooth and monotonous life has made her bigger than the exit. To distract herself, she reads travel magazines and dreams of being far away. An absurd incident starts the beginning of her journey.
Screening in Shorts Program: Flight Delays |Read More
Female Director(s), Animation, Female Screenwriter(s) 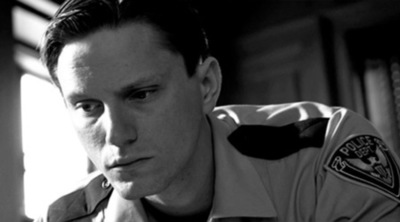 TFF 2008 Narrative Short
A decaying mental hospital in the deep South is the setting of Kirksdale. |Read More
Horror

TFF 2010 Narrative Short
A soldier father and his young son share a shave and say goodbye before a military mission in Kiss. |Read More 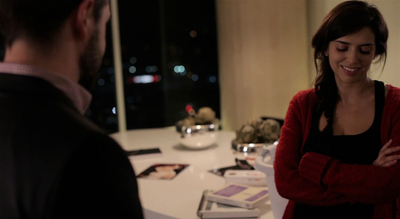 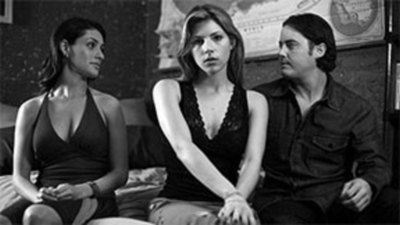 TFF 2006 Narrative Feature
Kiss Me Again is a witty and provocative portrayal of a married couple that decides to test the boundaries of their relationship with a seductive Spanish woman. When an unlikely relationship ensues, all three are forced to rethink their definition of love. Starring Jeremy London, Katheryn Winnick, Darrell Hammond, Elisa Donovan, Mirelly Taylor, and Fred Armisen. |Read More
Drama 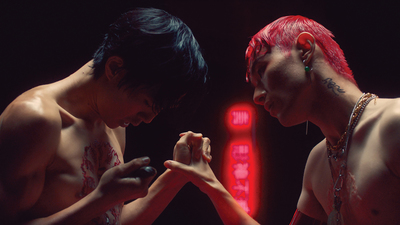 KISS OF THE RABBIT GOD

TFF 2019 Narrative Short
A young Chinese restaurant worker (Teddy Lee) falls in love with a god (Jeff Chen) who leads him on a journey of sexual awakening and self discovery. |Read More
Experimental, Drama, LGBTQIA 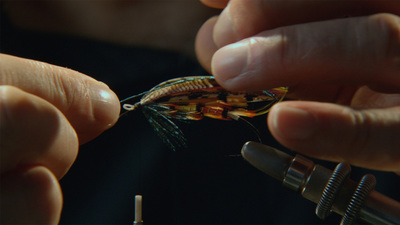 TFF 2013 Documentary Feature
Travel to Scotland’s far northern highlands and explore the life and remarkable influence of Megan Boyd, fishing fly-maker extraordinaire. Self-taught in this enigmatic, artful craft, Boyd became an internationally renowned artisan and supplier to, among others, Prince Charles. Interviews, animations and images of the stunning Scottish countryside define Eric Steel’s lyrical tale of solitary celebrity and the joy of making your mark, even when it was the last thing you planned to do. |Read More
Documentary, Animation

TFF 2011 Narrative Feature
A family saga set against the colorful spectacle of the Uttarayan, India's largest kite festival, The Kite is a kaleidoscopic whirlwind of energy, romance, and turmoil. A businessman arrives in Ahmedabad for a surprise visit to his once grand family home, bringing with him his daughter and some unexpected news for the family's future. Amongst the flurry of preparations and the energy of the festival itself, the transformative and intersecting tales of six characters unfold. |Read More
Drama 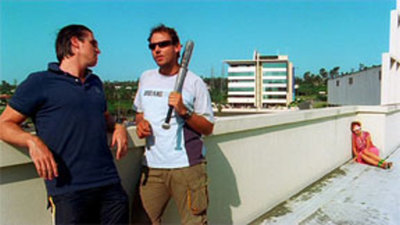 TFF 0 Narrative Short
This playful short follows nine interwoven stories, all of which occur within the span of a minute at the end of a candy-colored road called Kite Circuit. Two hit men threaten to drop a woman off the side of an office tower. Below them, two cops intercept an alleged drug trafficker, meanwhile a highly confrontational woodpecker attacks people's reflections. These and other vignettes are woven together to form a rich tapestry of organized and highly entertaining chaos. |Read More
Drama

TFF 2011 Documentary Feature
Six-foot-six Ukrainian brothers Vitali and Wladimir Klitschko emigrated to Germany to begin careers in heavyweight boxing in 1996, and the sport was never the same. After a 15-year reign over the ring, they made history in 2008, becoming the first brothers in the sport to hold world titles at the same time. Through an engaging mix of candid interviews and absorbing fight footage, Klitschko offers a captivating glimpse into the makings of these champion boxing brothers. |Read More
Sports, Documentary

TFF 2012 Narrative Feature
Rob Lowe is Paul Turner, a maverick political strategist struggling to keep his wayward clients—including a philandering Kentucky governor and a California senator being blackmailed—in office and out of the scandal sheets. This tightly wound dramatic satire from two-time Oscar-winning director and TFF alum Bill Guttentag (Nanking) shows us what our political leaders are really made of. With Julie Bowen, Eric McCormack, Jennifer Morrison, and Carrie-Anne Moss. |Read More
Drama 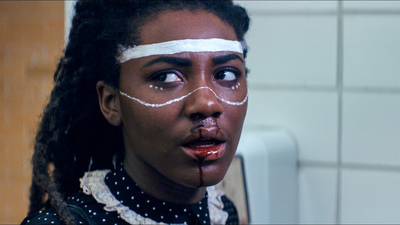 TFF 2019 Narrative Feature
In the rural midwestern town of Big River, the sudden disappearance of a teen girl drives the town’s small population into a surreal nightmare of fear, suspicion, and guilt. |Read More
Horror, Music