INCOMPLETE HISTORY OF THE TRAVELOGUE, 1925

TFF 2012 Documentary Short
A lyrical essay film that captures the spirit of excess and adventure embodied by The Great Gatsby (published in 1925) in fragments from home movies of a wealthy American family abroad in Europe and North Africa. Screening as part of the Shorts: Journeys Across Cultural Landscapes program. |Read More
Documentary 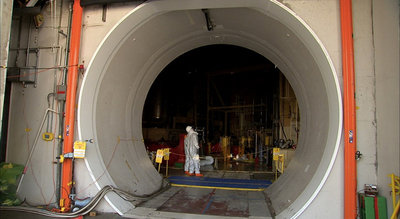 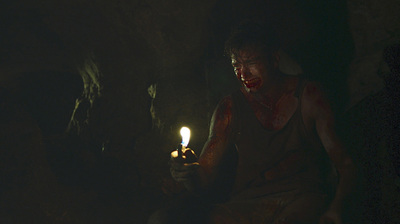 TFF 2014 Narrative Feature
A group of five American friends travel to Panama and befriend a local woman in their hotel bar. Despite some ominous whispers, they join her on a daytrip to the pristine falls in the nearby jungle, but what begins as an innocent outing quickly turns terrifying after the woman suddenly goes missing. As night closes in, the friends realize too late the truth behind the rumors: the legendary, blood-sucking Chupacabra is now stalking them. |Read More
Action, Horror 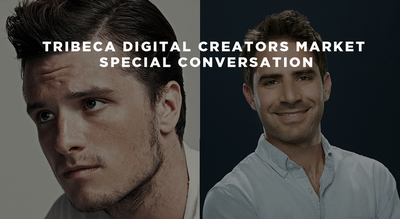 TFF 2016
With Josh Hutcherson and Jake Avnet, powered by The Black List

The Indigenous Media Film Incubator, in partnership with actor/producer Josh Hutcherson and Michelle Hutcherson's Turkeyfoot Productions, and powered by The Black List, is aimed at discovering and mentoring emerging filmmakers. Through the incubator, Indigenous Media has committed $100,000 to produce five short films from generation-defining screenplays that feature core characters in their late teens to late twenties, one of which Hutcherson will direct. The incubator will help new storytellers navigate the process of taking their story from the page to the screen and create films that can thrive on digital/emerging platforms. There is also the potential to fund and produce feature-length films based on the shorts. 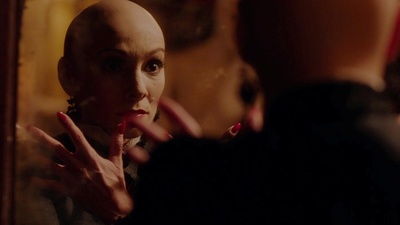 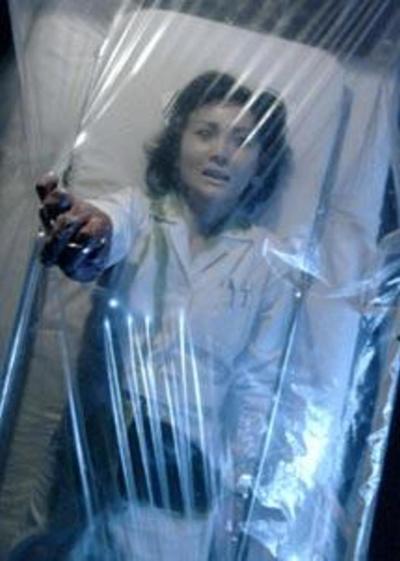 TFF 2005 Narrative Feature
Death is "just a breath away" in this horror film from Japan that is set in a horrifying hospital whose overworked staff is busy covering up their own malpractice until one patient exhibits gruesome, and deadly, symptoms - and then disappears. |Read More

TFF 2010 Narrative Feature
Mahmud Nasir (comedian Omid Djalili) may not be the most observant Muslim, but deep down he is a true believer. His life is turned upside down when he learns he was adopted-but most scandalous is that his birth mother was Jewish! And his given name was Solly Shimshillewitz! As Mahmud tumbles into a full-scale identity crisis, a true comedy of religious errors unfolds. With Richard Schiff and Matt Lucas. |Read More
Comedy 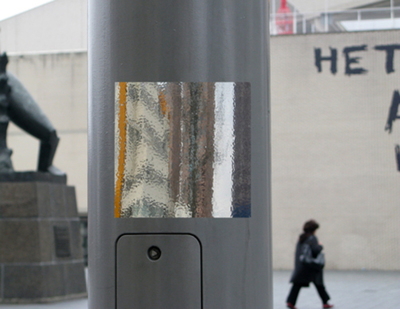 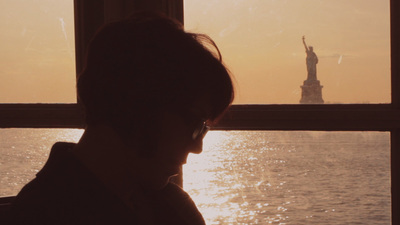 IN GOD WE TRUST

TFF 2013 Documentary Feature
Bernie Madoff ruined many lives before his arrest in 2008. Perhaps no one was so personally affected as his longtime personal secretary, Eleanor Squillari. Meet Squillari in the days and months after the arrest, as her obsession with the case grows into her own unique search for clues. In God We Trust follows Squillari on her personal journey for justice, exposing previously unknown facts about the greatest financial crime ever committed. |Read More
Drama, Crime, Documentary 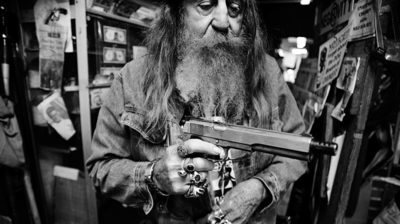 IN GUNS WE TRUST

TFF 2014 Documentary Short
In Kennesaw, a small American town in the state of Georgia, a good citizen is an armed citizen. By law, since 1982, each head of household must own at least one working firearm with ammunition.
Screening in Shorts Program: After Words |Read More
Documentary 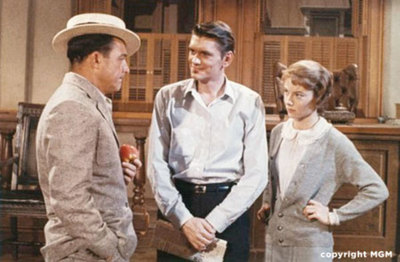 TFF 2009 Narrative Feature
Nearly a half-century ago, an all-star cast (including Spencer Tracy, Fredric March, and Gene Kelly) and director brought this fictionalized version of the infamous 1925 Scopes Monkey Trial to the big screen. Join us as we revisit this modern classic in recognition of Charles Darwin's 200th birthday as well as the 150th anniversary of the publication of his seminal (and to some, still controversial) On the Origin of Species. |Read More
Drama 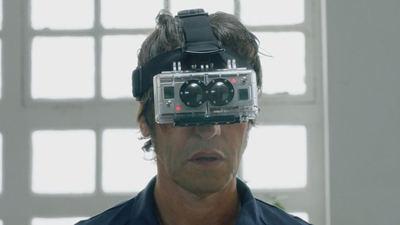 TFF 2019 Narrative Feature
In this pitch black comedy, an aging Serge Gainsbourg wannabe struggles with a career he can't seem to get on track, an affair he doesn't want, and a crime he didn't mean to commit. |Read More
Comedy, Drama, Music 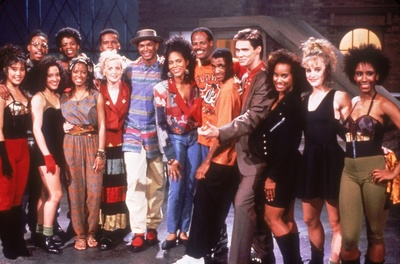 TFF 2019
Twenty-five years after its finale, the cast and creator of the groundbreaking sketch comedy show In Living Color will reunite to reflect on the Emmy Award-winning show that upended the landscape of television comedy and launched the careers of some of the greatest entertainers of our time. Following a screening of the pilot episode of In Living Color, the series creator and stars will come together to celebrate the show’s immeasurable influence and illuminate how the show continues to be equal parts subversive and hilarious. |Read More
Comedy 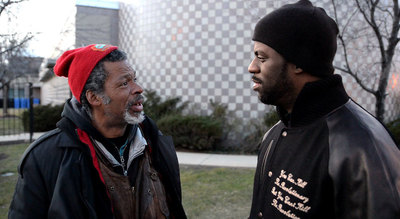 IN MY FATHERS HOUSE

TFF 2015 Documentary Feature
After moving into his childhood home on Chicago’s South Side, Grammy Award–winning rapper Che "Rhymefest" Smith hesitantly sets out to reconnect with his estranged father, the man who abandoned him over twenty years ago. In My Father’s House is a stirring, multigenerational chronicle of Che's sincere but often-fraught journey to build a future for his own family by reconnecting with his traumatic past. |Read More
Female Director(s), Documentary, Music, NY Director(s)

IN MY NEIGHBORHOOD - HARLEM 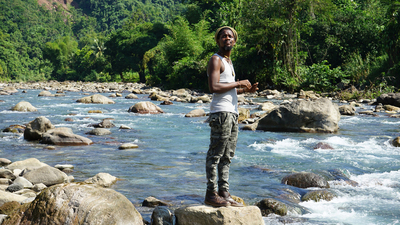 TFF 2019 Documentary Feature
A joyous portrait of a group of pioneering reggae musicians, Inna De Yard captures the ongoing relevance of reggae and its social values, and the music’s passion to revitalize an older generation while passing it on to younger listeners. |Read More
Documentary, Music, Politics 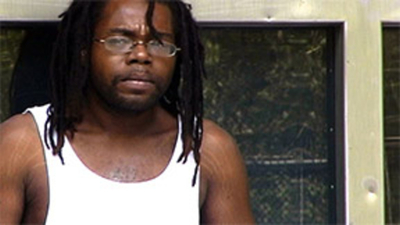 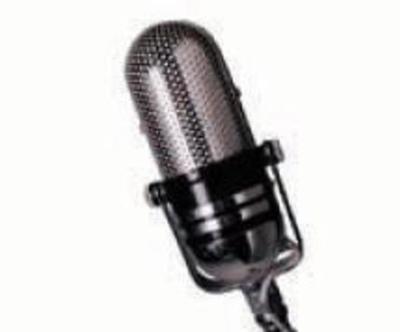 TFF 2004
From Alfred Kinsey to Howard Hughes, Hollywood has tapped a less than likely source for dramatic story lines and it seems to be paying off. Join Harry Evans, author of They Made America as he moderates a discussion about how the stories of scientists and innovators are leaping to the big screen and box office success. |Read More 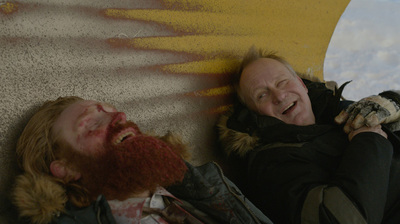 IN ORDER OF DISAPPEARANCE

TFF 2014 Narrative Feature
Upstanding community leader Nils (Stellan Skarsgård) learns the news that his son has died of a heroin overdose. Suspecting foul play, he soon finds himself at the center of an escalating underworld gang war between Serbian drug dealers and a sociopathic criminal mastermind known only as “The Count.” Hans Petter Moland’s action-thriller is an entertaining and intelligent black comedy set in the dead of frozen Norwegian winter. |Read More
Action, Comedy