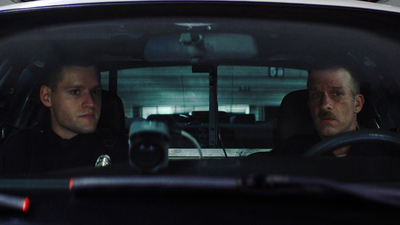 TFF 2019 Documentary Feature
Over the course of a single night, two police officers at opposite ends of their careers find themselves thrust into a violent hunt for two cop killers on the loose in the Olympic Division of Los Angeles. |Read More
Action, Drama, Thriller 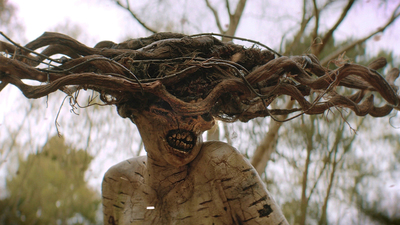 TFF 2017
Crypt TV’s Monster Madness features some of the best and biggest character shorts from the digital brand's scaremakers. From a stunningly terrifying protector of the bullied to a child’s toy that reveals horrors around every corner of a suburban home to the real life tale of a man whose body is stretched and pierced into a piece of daring art, Crypt shorts proudly embrace the horror lifestyle. 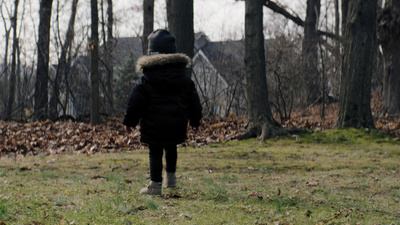 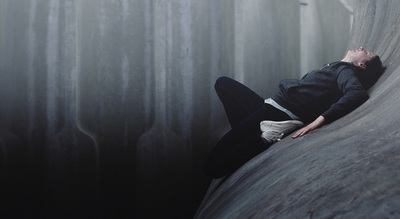 TFF 2016 Narrative Short
Clinging to a smooth, curved surface high above a sentient abyss, a girl tries to cover the few feet back to safety without losing purchase and falling to her death. |Read More
Horror, Thriller, Science Fiction, Experimental

TFF 2012 Narrative Feature
Award-winning Iranian filmmaker and TFF alum (Vegas: Based on a True Story) Amir Naderi travels to Tokyo to tell this striking, fiercely unconventional tale of a struggling young filmmaker, Shuji. Desperate to create great cinema, Shuji obtains financing for a few utterly forgettable pictures from his brother—who got the money from the mob. Now Shuji must repay his debts and test his love of the movies by working as a human punching bag for yakuza thugs. |Read More
Thriller

TFF 2012 Narrative Feature
In the wintry countryside near Canada, a smooth-talking heist man and his femme fatale sister are on the run with a bag full of cash. With a deadly blizzard swirling around them, they split up to make a desperate dash for the border, but a twist of fate puts them on a collision course with a troubled ex-con and his family. Eric Bana, Olivia Wilde, Sissy Spacek, and Kris Kristofferson highlight the ace cast in this icy thriller. |Read More
Drama, Crime, Thriller

DETECTIVE DEE AND THE MYSTERY OF THE PHANTOM FLAME 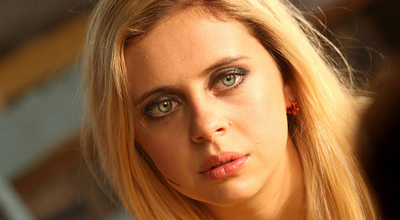 TFF 2016 Narrative Feature
After his mother ends up in a coma under suspicious circumstances, a law student (Tye Sheridan) decides to drown his sorrows at a seedy bar. The next morning, he wakes up to the realization that he may have hired a hitman (Emory Cohen) and his girlfriend (Bel Powley) to take out the suspected perpetrator (Stephen Moyer) of his mother’s life-threatening accident. |Read More
Thriller 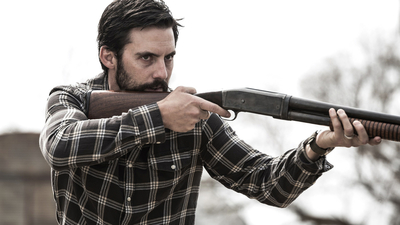 TFF 2017 Narrative Feature
Struggling to overcome a recent professional tragedy, a tough-as-nails FBI agent (Amanda Schull) heads to a small North Dakota town to investigate the disappearance of a local woman and her young son. The search leads to the missing woman’s husband’s (Milo Ventimiglia) secluded farm, on which answers, new mysteries, and God-fearing terrors await. Not to mention, they need to figure out what is going on down in the basement. |Read More
Thriller, Science Fiction, First Time Filmmaker 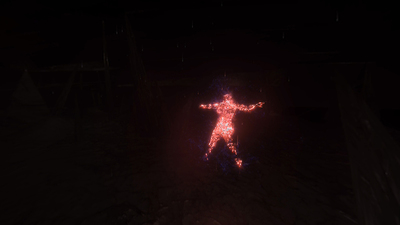 TFF 2018
Dinner Party tells the incredible story of Betty and Barney Hill, an interracial couple who made the first report of a UFO abduction in America in 1961. Having sought hypnosis to recover memories of their inexplicable experience, the Hills decide to listen to the recording of their session during a dinner party—and what they hear could change their lives forever. |Read More
Animation, Horror, Action, Drama, Thriller, Science Fiction, Latino Director(s), Female Screenwriter(s), Tribeca Film Festival Alumni, Technology

TFF 2010 Narrative Feature
Two men fortify and soundproof an abandoned apartment, kidnapping and imprisoning the daughter of a millionaire for ransom. Her kidnappers, the coldly efficient Vic and his younger accomplice Danny, have worked out a meticulous plan, but Alice is not going to play the perfect victim…. This taut, emotionally intense thriller eschews genre conventions, generating tension from the sexual and psychological ties that bind captive to captors. |Read More
Crime, Thriller 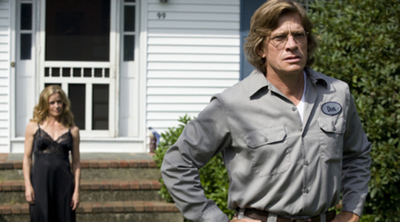 TFF 2009 Narrative Feature
Don McKay (Thomas Haden Church) should have followed the old cliché: "You can't go home again." After 25 years, he returns for the first time to his hometown at the out-of-the-blue bidding of his cancer-stricken ex-girlfriend (Elisabeth Shue). But a lot of time has passed, and an old secret crashes into new ones in this darkly comic thriller, also featuring Melissa Leo. |Read More
Drama, Thriller, Comedy

TFF 2010 Narrative Feature
Cheng Lai-sheung is a young, upwardly mobile professional finally ready to invest in her first home. But when the deal falls through, she is forced to keep her dream alive—even if it means keeping her would-be neighbors dead. Pang Ho-Cheung's disturbingly imaginative violence unfolds against a backdrop of lifestyle fetishization and the housing market crisis in this metropolitan spin on Guignol horror. |Read More
Horror, Thriller 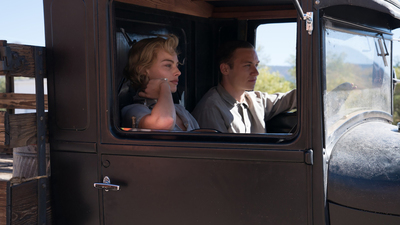 TFF 2019 Narrative Feature
Amid the dust storms and economic depression of Dustbowl Era Texas, Eugene Evans (Finn Cole) finds his family farm on the brink of foreclosure. His last bet to save the farm is the bounty on the head of fugitive bank robber Allison Wells (Margot Robbie). |Read More
Action, Drama, Thriller

DUKE BASED ON THE MEMOIR IM THE DUKE BY JP DUKE 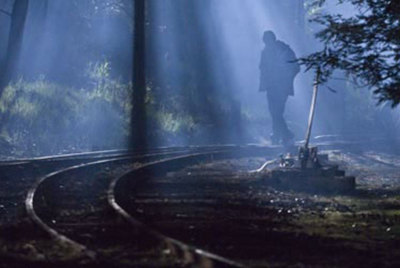 TFF 2008 Narrative Feature
Inspired by the legends of a 19th-century cannibal and an extinct tiger, this brutal horror-thriller centers on four friends who find out that something--or someone--more murderous than a tiger lurks in the rain-slogged Australian bush. |Read More
Action, Horror, Thriller 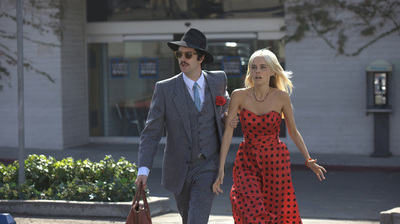 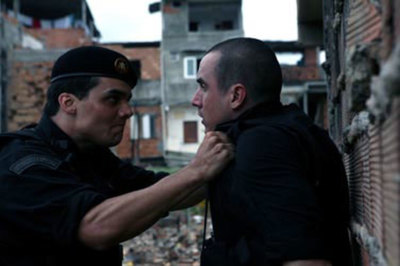 TFF 2008 Narrative Feature
Fresh from its Golden Bear win at Berlin, and one of Brazil's most controversial films, Elite Squad is a searing look at the corruption of the special police force in the volatile slums of Rio. As one cop desperately tries to get out, two naive recruits see if they have what it takes to get in. |Read More
Crime, Thriller 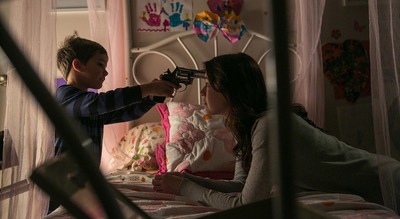 TFF 2015 Narrative Feature
After their regular babysitter can't make it, the Thompson family turns to her substitute Anna to supervise the children while they go out to celebrate their anniversary. At first Anna seems like a dream come true for the kids, as she allows them play with things that are usually off-limits, but as the night creeps along they soon find out that she is not who she seems to be. |Read More
Drama, Thriller 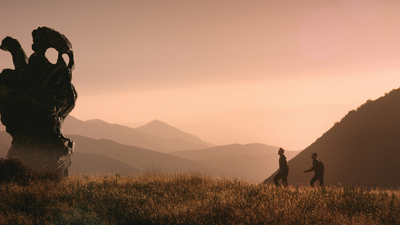 TFF 2017 Narrative Feature
Years after escaping a cult as teenagers, brothers Aaron and Justin return to their former home after receiving a mysterious message. While Aaron is quickly drawn back into the fold, Justin remains uneasy. However, neither can deny it when strange events begin happening that seem to mirror the cult’s unusual axioms. Following their Tribeca breakout, Resolution, Justin Benson and Aaron Moorhead direct and star in another intensely original genre hybrid. |Read More
Horror, Thriller, Science Fiction, TFF Alumni