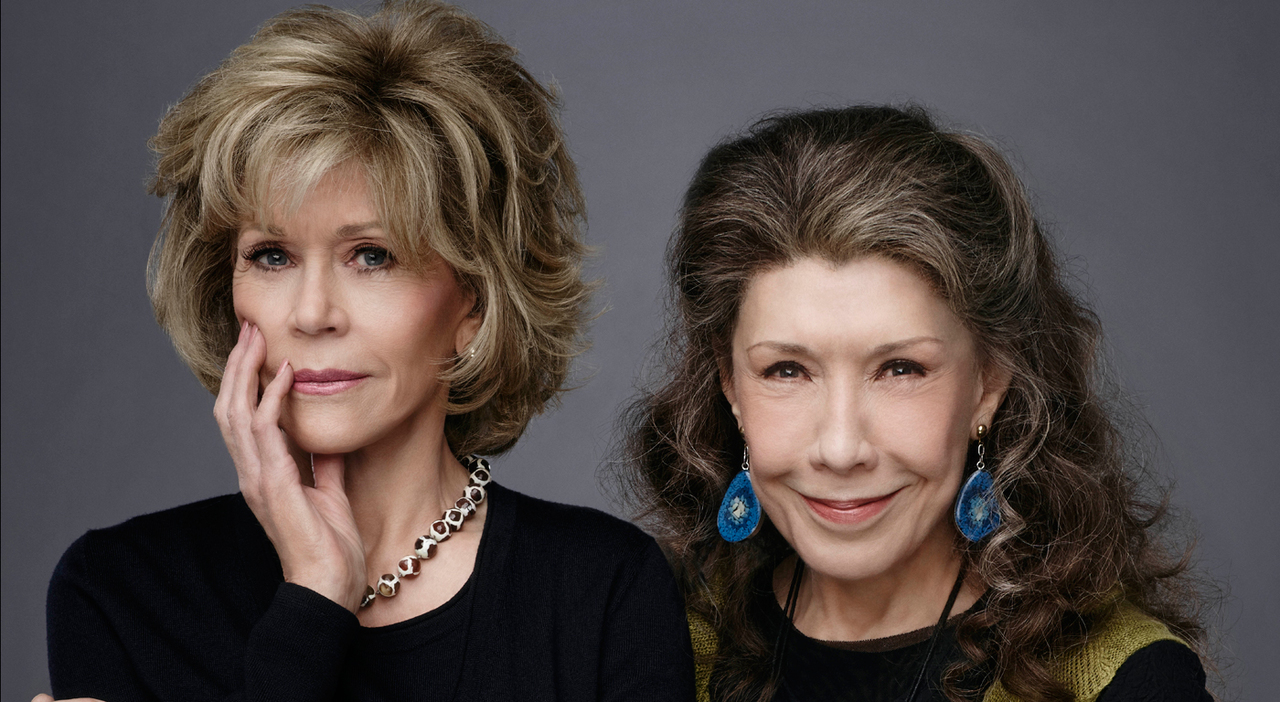 TRIBECA TUNE IN: GRACE AND FRANKIE

Jane Fonda and Lily Tomlin star as Grace and Frankie, two women whose lives are suddenly turned upside down when their husbands Robert and Sol reveal they are gay and leave their wives for each other. Both sparring partners and partners-in-crime, they form an unlikely bond to face an uncertain future together and discover a new definition of “family,” with laughter, tears and plenty of mood enhancers along the way.

After the episodes: A conversation with stars Jane Fonda and Lily Tomlin. Moderated by CBS Host and Editor-at-large of O Magazine, Gayle King.

Jane Fonda
Fonda, is a two- time Academy Award® winner (Best Actress in 1971 for Klute and in 1978 for Coming Home),a three-time Golden Globe® winner, and was the 2014 recipient of the AFI Life Achievement Award. Along with starring roles in dozens of highly acclaimed productions, Fonda also took on responsibilities as a film and television producer. Her credits include Coming Home, The China Syndrome, Nine to Five, Rollover, On Golden Pond, The Morning After and The Dollmaker. For three seasons Fonda appeared as media mogul Leona Lansing in an Emmy nominated performance in Aaron Sorkin’s The Newsroom, on HBO. Most recently, she appeared in Youth, written and directed by Paolo Sorrentino (director and co-writer of Italy's Academy Award® winning Best Foreign Language Film The Great Beauty). She received a Golden Globe nomination for her performance.

Lily Tomlin
Throughout her extraordinary career, Tomlin has received numerous awards, including: seven Emmys; two Tonys, a Drama Desk Award and an Outer Critics’ Circle Award. In 2003, she received the Mark Twain Prize for American Humor and in 2014, the prestigious Kennedy Center Honors. Her TV credits include long-running Laugh-In and The West Wing. In film Tomlin made her debut in Robert Altman's Nashville (1975) and went on to star with John Travolta in Moment By Moment (1978). Later she teamed with Jane Fonda and Dolly Parton in 9 to 5 (1980) and co-starred with Dustin Hoffman in I Heart Huckabee’s (2004) and Admission <(2013) with Tina Fey and Paul Rudd.

Gayle King - moderator
Gayle King is a co-host of CBS This Morning and Editor-at-Large of the award-winning O, the Oprah Magazine. King previously hosted The Gayle King Show, a live, weekday television interview program on OWN: The Oprah Winfrey Network. King has received numerous awards for her extensive work as a journalist. In addition to three Emmys, she was honored in 2008 with the American Women in Radio & Television Gracie Award for Outstanding Radio Talk Show and in 2010 with both the Individual Achievement Award for Host-Entertainment/Information and the New York Women in Communications' Matrix Award recipient.