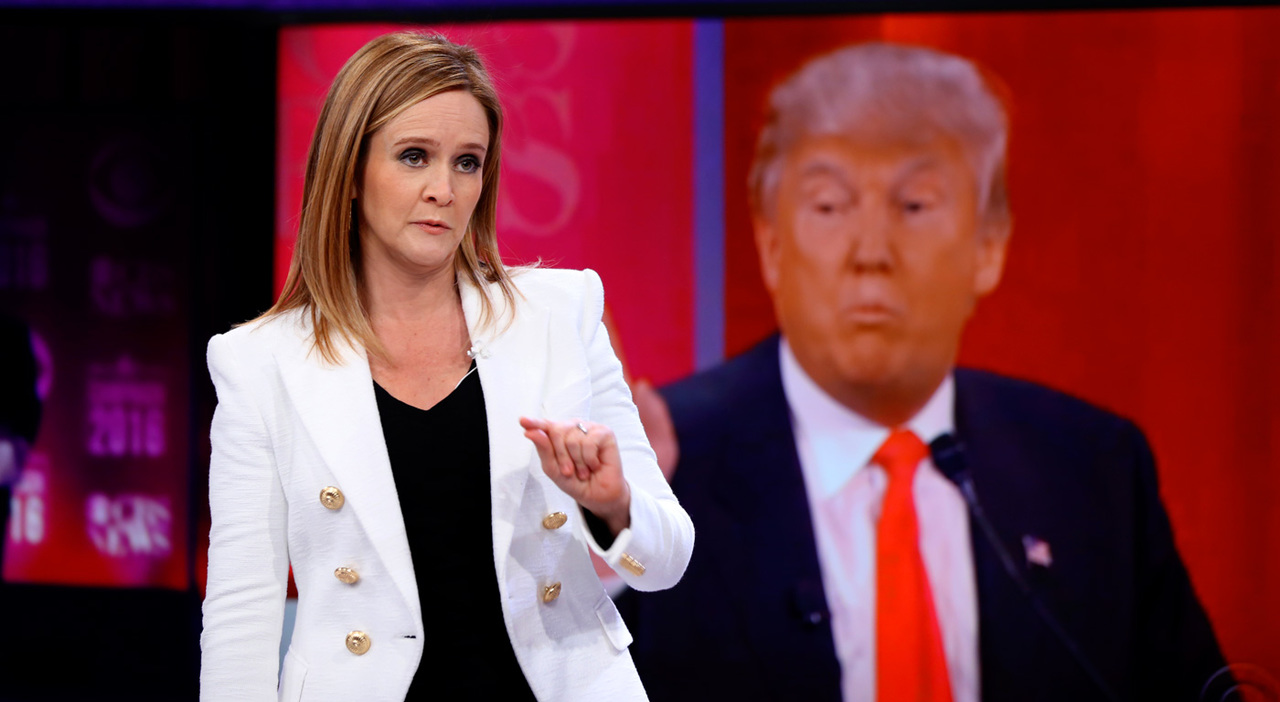 NETWORK: TBS
Conversation
Samantha Bee is disrupting the tradition of late night television. The former longest-serving Daily Show correspondent brings her satirical humor to a conversation about creating nightly entertainment which goes beyond the surface in no holds barred segments on topics from the Syrian refugee crisis to the current political cycle along with her head writer Jo Miller. Moderated by New York Magazine/Vulture's Stacey Wilson Hunt.

Samantha Bee
Bee is the host of her own late night show titled Full Frontal with Samantha Bee for TBS. Full Frontal offers a unique satirical take on weekly news and explores other important stories in-depth that have been largely overlooked by more traditional media outlets. The show airs Monday nights on TBS at 10:30 ET, immediately before Conan.

She joined Comedy Central's The Daily Show's "Best F#@king News Team" in 2003. Bee departed The Daily Show in 2015 and currently holds the title for being the longest-serving regular Daily Show correspondent of all time (12 years). Bee and her husband Jason Jones created The Detour for TBS set to debut in April. This comedy series, which stars Jason, is inspired by his and Bee’s own experiences with family getaways.

Jo Miller
Full Frontal showrunner Jo Miller is a three-time Emmy-winning Daily Show veteran. She came to comedy writing in the usual way: with degrees in medieval Jewish history from Yale, Cambridge and Cornell and two decades of jobs in resoundingly unfunny fields.

A native of Georgia, Jo is a committed wildlife-conservation activist who enjoys knitting, riding her motorcycle, and drinking scotch, though not at the same time.

Stacey Wilson Hunt
After serving as Awards & Special Projects Editor/Senior Editor at The Hollywood Reporter for more than five years, Stacey Wilson Hunt was appointed New York Magazine and Vulture’s first-ever Hollywood Editor. With a master’s degree in journalism from Columbia University, the Portland, OR native has worked for a number of notable magazines and served as an executive producer and the host of THR's award-winning roundtable series, Close Up with the Hollywood Reporter. Wilson Hunt has been awarded various commendations for her work including FOLIO, Society of Professional Journalists and L.A. Press Club awards. She is also a frequent moderator of industry panel events such as for the SAG-AFTRA Foundation and Paley Center for Media.