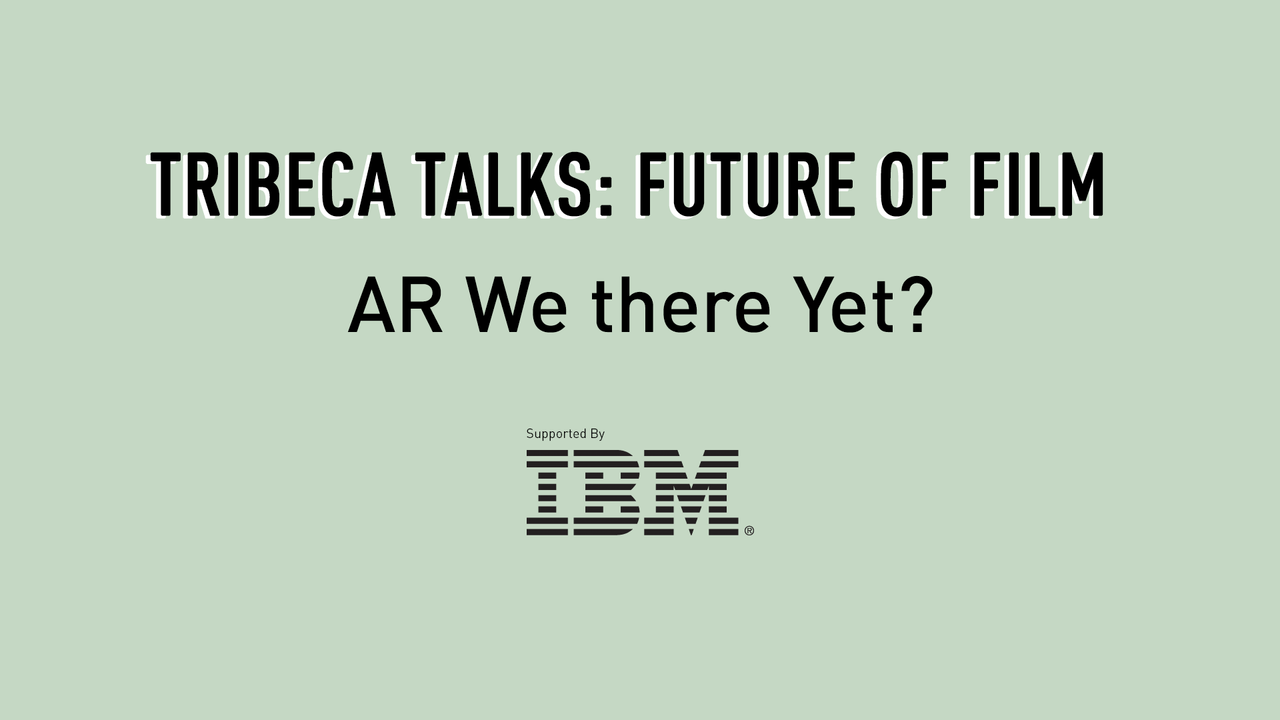 TRIBECA TALKS: FUTURE OF FILM - AR WE THERE YET?

Over the past two years, Augmented Reality has proven itself an incredibly useful technology in many fields, including marketing and medicine. However, storytelling has taken a bit longer to adapt to the medium. Now, with major mobile hardware pushes towards AR, most people already have next-level immersive media devices in their pockets and purses. How can this developing technology deliver on the promise of great stories for mass audiences? Panelists include Ketaki Shriram, CTO and Co-Founder of Krikey, CEO of Krikey Jhanvi Shriram, and Graham Sack, Co-creator of objects in mirror AR closer than they appear, showing in the Tribeca 2018 Immersive program. Moderated by Senior Programmer of Film & Immersive at Tribeca, Loren Hammonds.

Ketaki Shriram holds a BA, MA and PhD from Stanford University’s Virtual Human Interaction Lab, and has worked at Google [X] on the Glass Team and at Oculus VR as a researcher. Her research focuses on manipulating degrees of freedom at 3 and 6 to study their effects on presence and immersion in both spherical video and computer generated content. Her work has been published in IEEE’S VR division & the Journal of Social Psychological and Personality Science. Ketaki previously produced the documentary True Son, which premiered at the 2014 Tribeca Film Festival, and is now available on FusionTV/Univision.

Loren Hammonds is a New York City native who has worked in the film & entertainment industry for over 15 years. He is the Senior Programmer of Feature Films and Immersive at Tribeca Film Festival. Since attending the Film Conservatory at Purchase College, Mr. Hammonds has worked extensively in Film & TV production as well as in various curatorial roles for IFP, Tribeca All-Access, Hamptons International Film Festival, and Bogota Independent Film Festival (IndieBo). As the lead Immersive programmer at Tribeca, he oversees the curation of the Virtual Arcade, which has been called “one of the world’s greatest showcases of VR art, installations and storytelling” (Forbes Magazine) and “A go-to place for creators to premiere new work” (Los Angeles Times). His views on VR have been featured in several publications and programs, including The NY Times, BBC Radio, NPR, The Today Show, and Vice. He has also been a guest speaker at The Art of VR at Sotheby’s, VR Academy: Sofia, Mutek, Scuola Holden, Remix NYC, and more.

Graham Sack is an award-winning screenwriter, director, and academic. Graham wrote and directed a VR experience for New York Times VR based on Lincoln in the Bardo, the novel by acclaimed author George Saunders, which was shortlisted for an Interactive Emmy. He is currently developing a narrative fiction VR episodic series for Felix and Paul Studios and has just released the pilot episode of a VR episodic series titled The Interpretation of Dreams in partnership with Samsung. Graham’s most recent screenplay, Septillion to One, made the 2015 Hollywood Blacklist, sold in one of the most competitive spec sales of the year, and is scheduled to go into production with Global Road. Graham is thrilled to be making his debut at Tribeca Immersive’s Storyscapes with “objects in mirror AR closer than they appear,” an interactive AR / physical installation about our shifting relationship to objects.

Jhanvi holds a BA from Stanford University, an MFA from the USC Peter Stark Producing Program and an MBA from Stanford University. She has previously worked at Participant Media, YouTube, and JauntVR. She and her sister Ketaki founded Krikey in 2017. Krikey offers unique AR objects that appeal to specific life experiences and cultural moments. Their mission is to create an AR creator community for next generation storytellers worldwide.