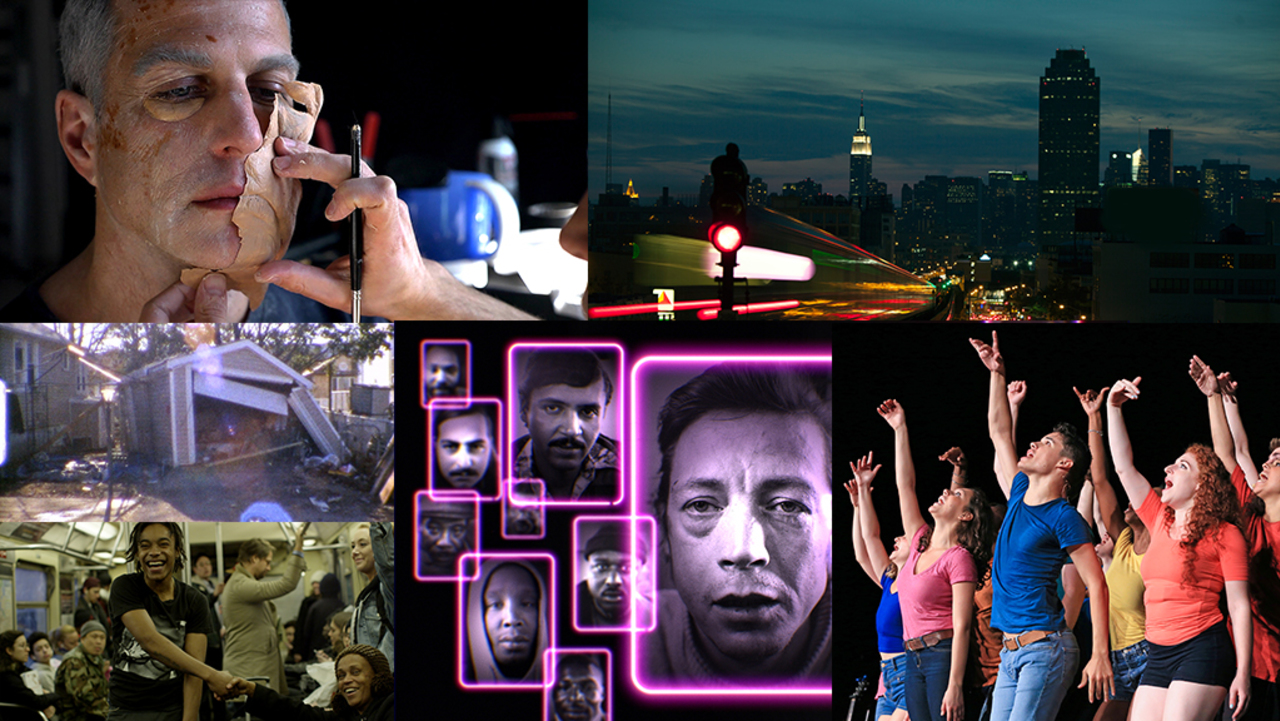 Life in New York is tough but the subjects of these documentary shorts are up to the challenge.
There is so much more to the performers on the MTA than their acrobatic skills, We Live This is the story of four boys from the projects who come together to pursue their dreams. Drama majors tackle anxiety, cutting, and suicide, in the unscripted and raw Better to Live, as they build a “reality” show for 5,000 college freshmen. What Lies Beneath The Sky is a meditation on urban alienation and personal disconnection in the eye of a hurricane. Every year dozens of people use NYC subway trains as a means to end their suffering, but for a train operator whose life is derailed by such an incident the anguish is just beginning in Man Under. From 1973-1981, bartender Sheldon Nadelman shot over 1,500 black-and-white photographs of his customers at the Terminal Bar in New York City; Last Call recollects their stories 25 years after the bar closed its doors for good. In The Many Sad Fates of Mr. Toledano photographer Phil Toledano is obsessed with his own demise, photographing himself in every dark depiction of his future, which changes him and his family forever.